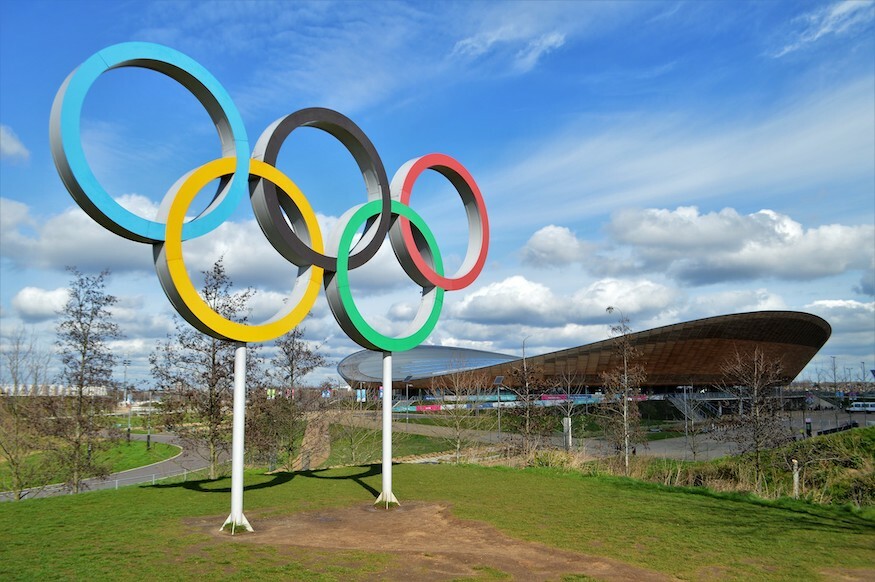 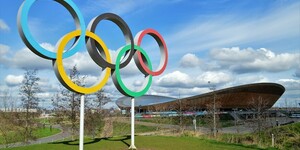 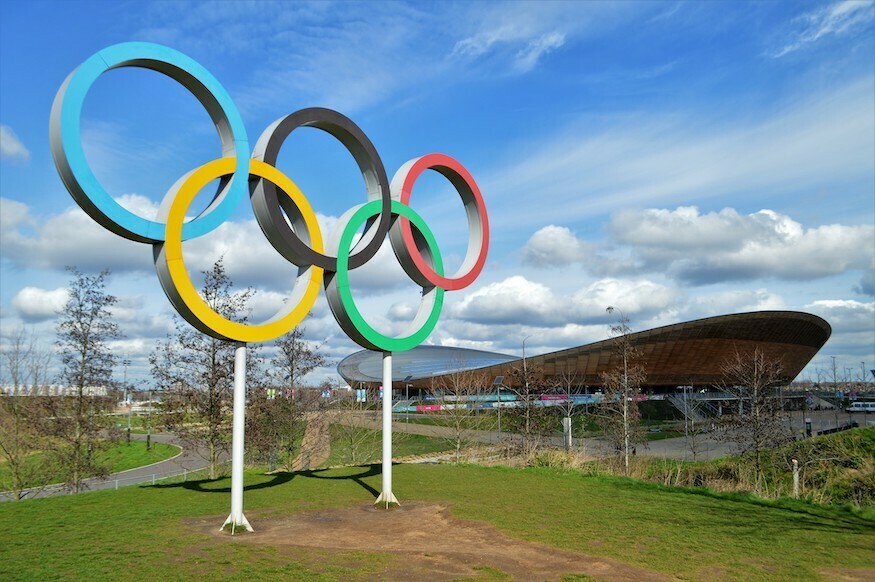 We’re sure to see plenty of commemorations to Queen Elizabeth II over the coming months and years, such was her impact on national life over 70 years of service. But London already contains numerous buildings, parks, railway lines and concert halls dedicated to Her Late Majesty. Here are 18.

At 560 acres (226.6 hectares), this is arguably* the largest ‘thing’ in London to be named after our late Queen. It’s huge. Bigger than Hyde Park, bigger than Regent’s Park. Since the 2012 Games, the park has gradually been converted to housing and entertainment purposes, but still retains several of the Olympic venues and plenty of open space. 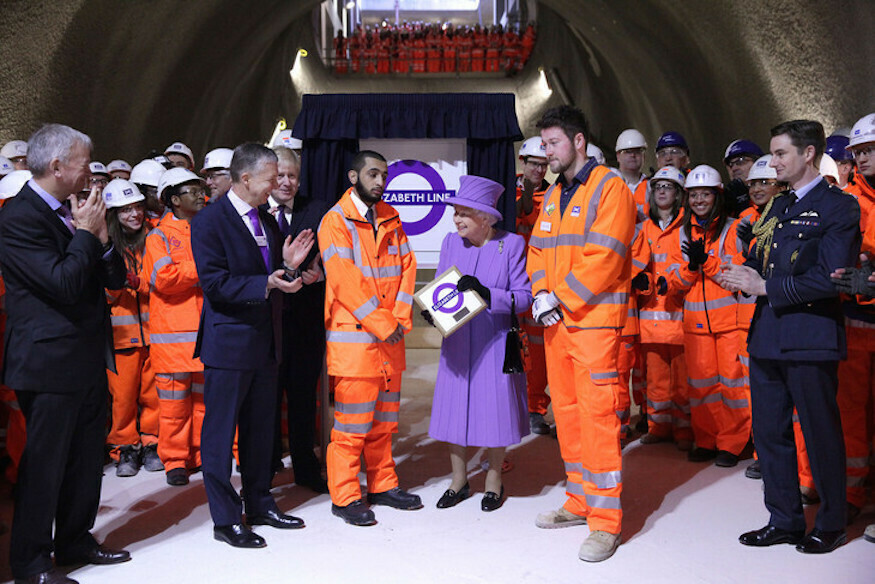 The other big, obvious one is London’s new railway. The Elizabeth line name was announced in 2016, and officially inaugurated by the Queen herself in May 2022. The line runs from Reading in the west, through central London and out to Abbey Wood and Shenfield in the east. 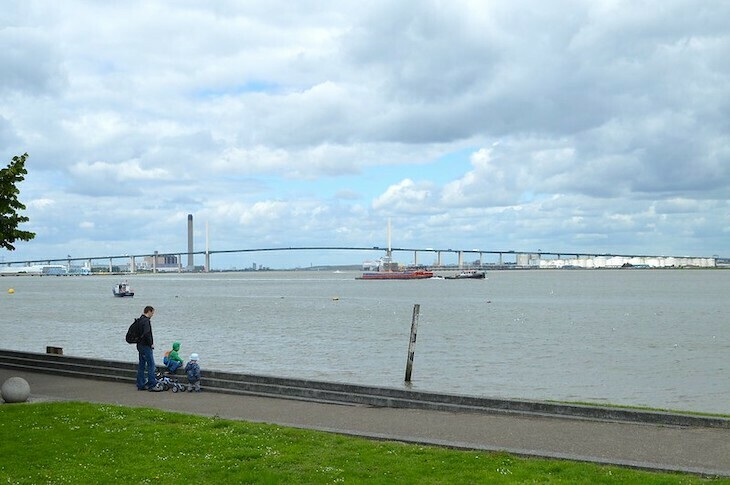 A bit of a cheat, given that the most easterly bridge over the Thames lies just outside London, but it feels such a key part of the capital’s road network that we’d be remiss to exclude it. The crossing was opened in 1991 and carries 130,000 vehicles per day. Possibly interesting fact: although we think of the bridge as part of the M25 orbital motorway, it’s actually designated as the A282. Possibly interesting fact 2: there is another Queen Elizabeth Bridge over the Thames, to the west of Windsor. 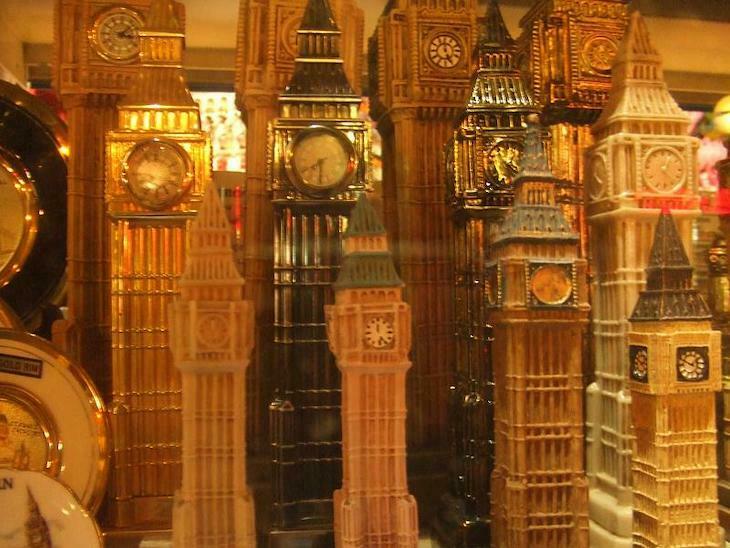 To commemorate her Diamond Jubilee in 2012, the Queen got her name associated with the world’s most famous clock tower. This cleared up years of confusion during which nobody could agree on whether it should be named Big Ben (“but that’s just the bell!), St Stephen’s Tower (never an official name), or the Clock Tower (official, but bland as oatmeal). We all still call it Big Ben.

Her late Majesty’s nominative footprint extends elsewhere in Westminster, in this hulking conference venue across the road from Westminster Abbey. The building is owned by the state, and was given the Queen’s name when she opened it in 1986. This was the venue from which it was announced that Liz Truss had won the Tory leadership vote — and hence would become the next prime minister — in September 2022. The Queen died three days later. 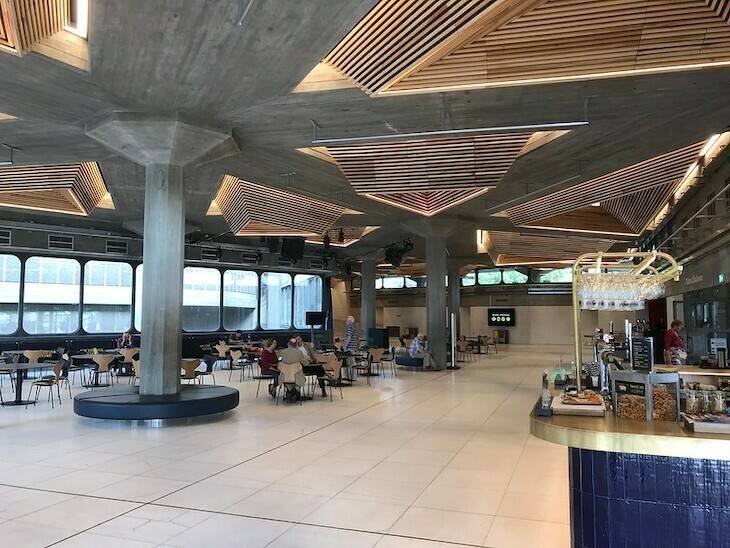 Speaking of big, concrete halls… the Queen’s other brutalistic venue can be found alongside the National Theatre on the South Bank. The Queen Elizabeth Hall was opened in 1967, primarily as a music venue. It’s perhaps better known for its undercroft, however, which has been a popular skateboarding area since the 1970s. 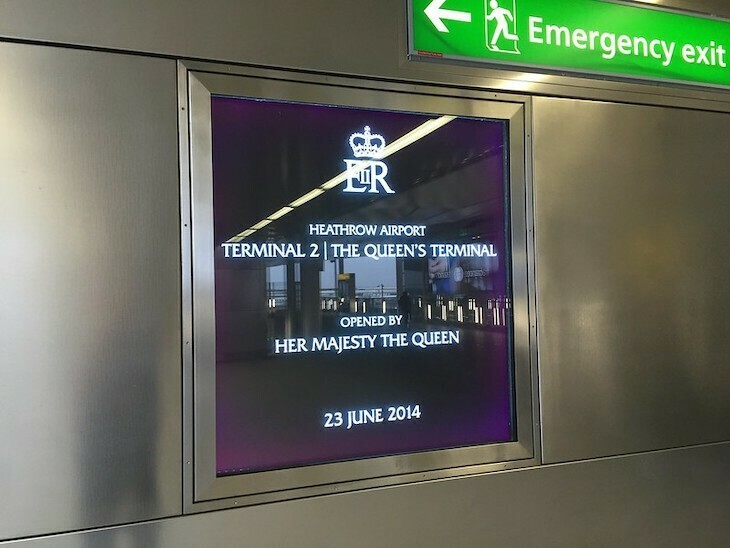 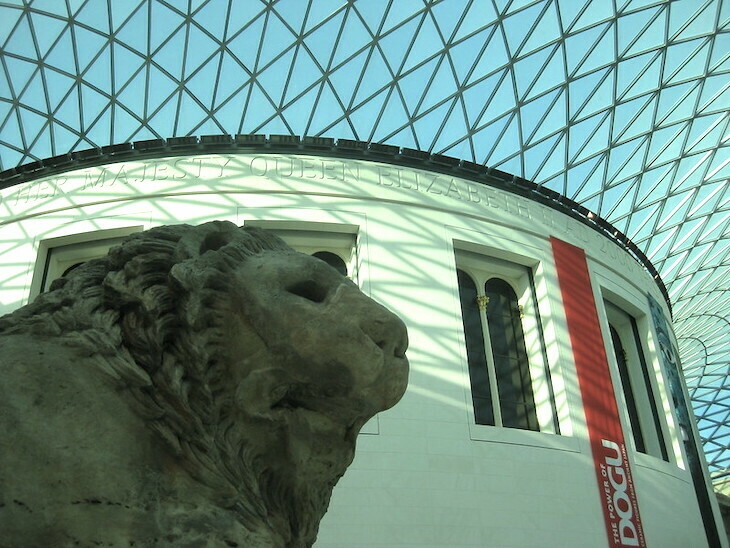 Most of us call it simply the Great Court, or ‘the bit of the British Museum under that amazing glass roof’. But its official title namechecks the former monarch. It was opened by the Queen in 2000. 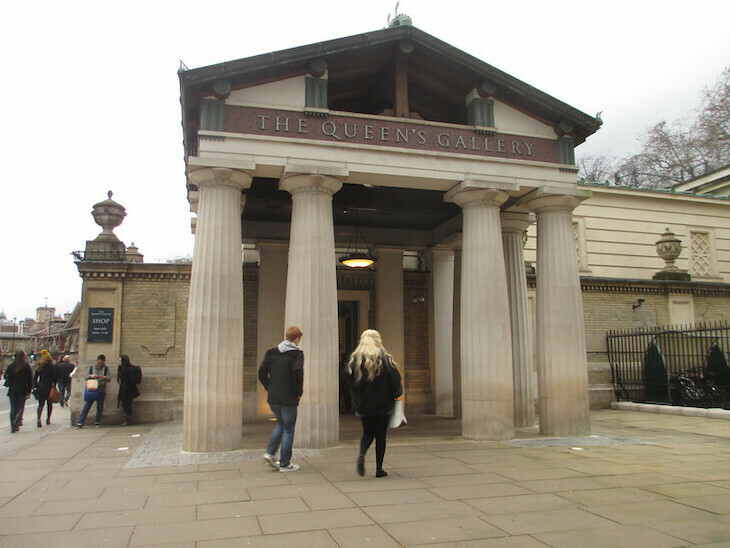 The Royal Family possesses the largest private art collection in the world. Rather than keep it all behind the locked doors of privilege, the collection is shared with the public via the distinctive Queen’s Gallery to the south of Buckingham Palace. It was opened by Elizabeth in 1962, and so she is the eponymous Queen on the nameplate.

What does Enfield have in common with Hong Kong? Both are blessed with Queen Elizabeth Stadiums. While the Asian centre is an indoor venue, Enfield’s QEII Stadium is an outdoor track-and-field affair. It’s been serving the local area since the 50s, but gained the Queen’s name in the Silver Jubilee year of 1977. Seb Coe trained here, along with Daley Thompson and Linford Christie. Today, the stadium is used as the home ground for Enfield Town F.C.

The vast majority of visitors to Kew enter via the Victoria Gate, as this is closest to the tube and Overground station. There are other entrances, though, including the Elizabeth Gate which fronts onto Kew Green to the east. The entrance is Victorian, but the name came only in 2012 to mark the Diamond Jubilee. 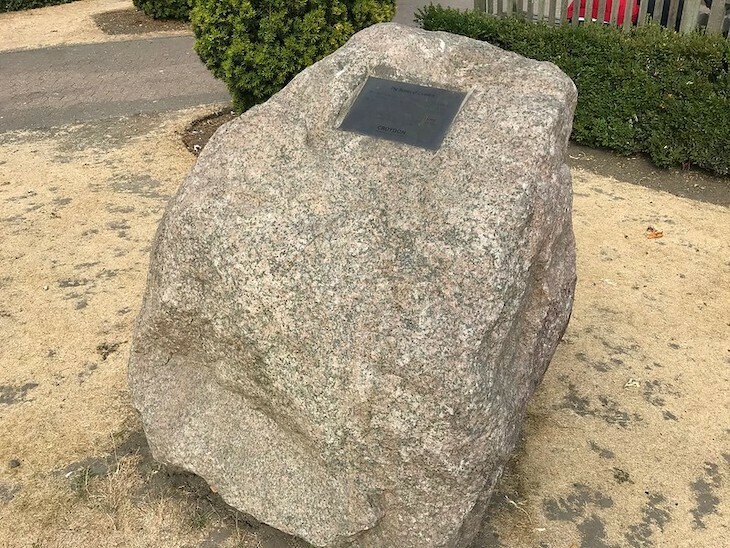 A boulder in Queens Gardens

Anything Kew can do, Croydon can do… lesser. Not that there’s anything wrong with Croydon’s Queens Gardens, a small but almost-perfectly formed oasis of green among the town’s many development sites. The verdant** patch was reopened by Her Majesty in 1983 after a big overhaul. Queens Gardens are now once again emerging from a large revamp, including a new play area to the southwest.

This local theatre on the very edge of London first opened in 1953, the Queen’s coronation year. The main theatre can accommodate 507 people including, on its 50th anniversary, the Queen herself. The adjacent Queen’s Green is also named after her. 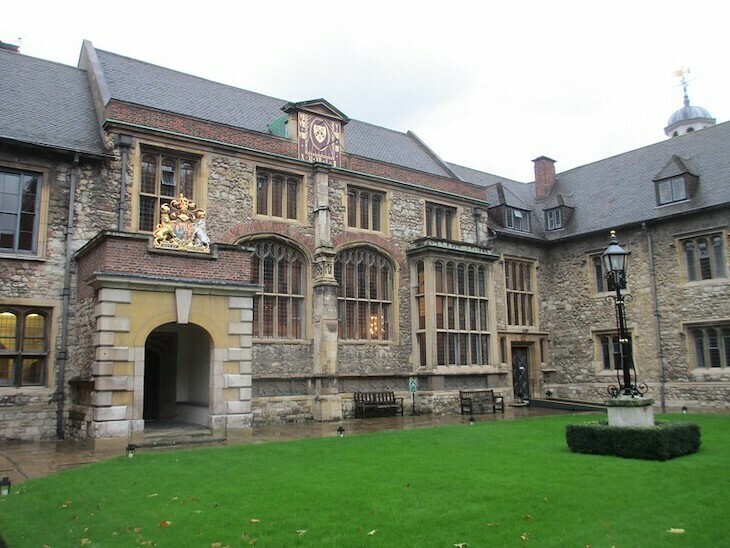 Part of the medieval Charterhouse complex, the QEII infirmary is a small care home with nursing for elderly men. 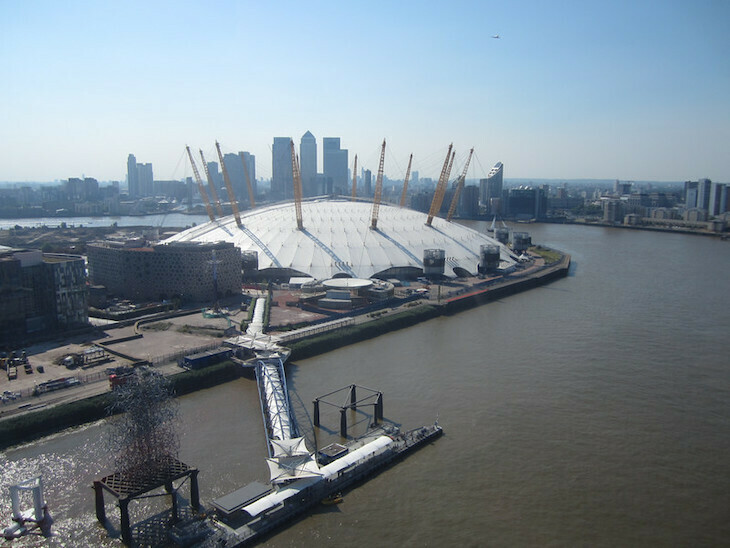 The Queen Elizabeth II Pier was built in 1997 to serve the imminent arrival of the Millennium Dome and Jubilee line extension. It’s since been renamed as the North Greenwich Pier — prosaic, but more informative — and sees regular Thames Clipper services.

This academic institution traces its origins to the Ladies Department of King’s College, which opened in 1885. It underwent a series of name changes, but was rebadged Queen Elizabeth College in the coronation year. The college has since been subsumed into King’s College but has an active alumni association.

One of the more recent Elizabethan namechecks came in 2019 when the Queen opened a new housing development for armed forces veterans in Morden, south London. One of the blocks was named Queen Elizabeth Terrace in her honour.

A road that runs to the south of London Wetland Centre, and provides an entrance route. It was named in 1953 to mark the coronation of the new Queen.

And the jubilee stuff 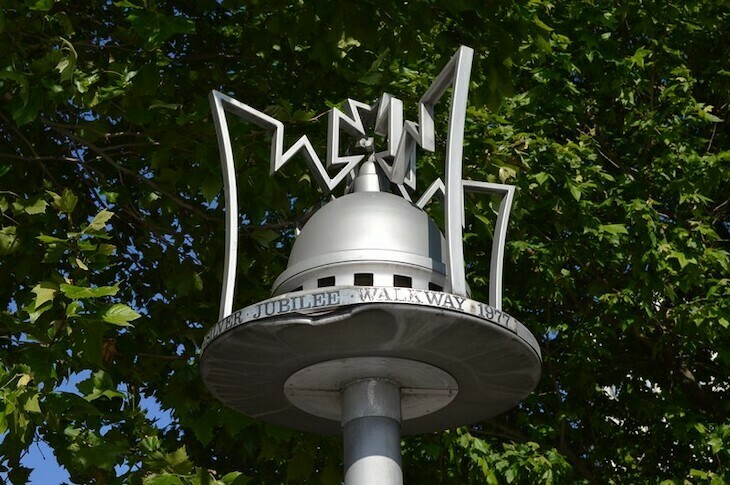 The tributes to Elizabeth don’t end there. If we consider the many bits of town named after her various jubilees, then the list grows and grows. It’s a subject we’ve covered in depth before, but to list just a few of the more obvious examples…

*’Arguably the largest’ because some pedant will likely point out that the Elizabeth line covers more surface area when you take platforms and depots into account.

**Not so verdant when we photographed it

A Summer Capsule Collection Inspired by an Italian Getaway

10 Of The Best LGBTQ+ Bars And Pubs In London