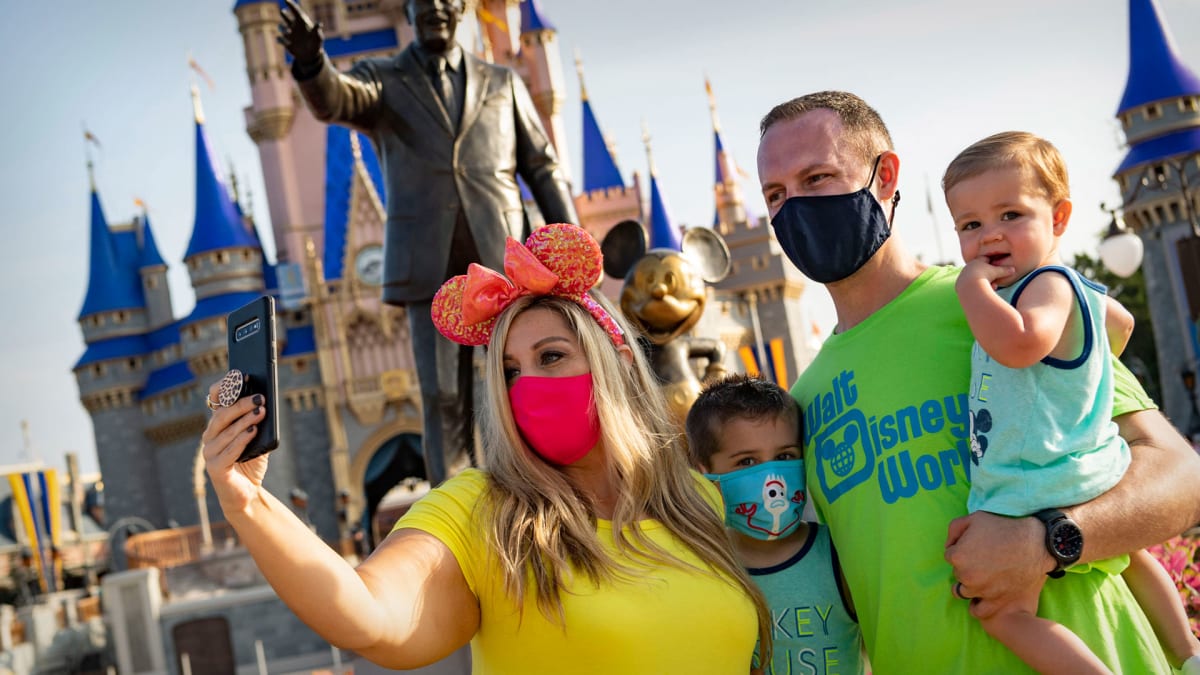 If you’re planning to visit Magic Kingdom, Epcot, Hollywood Studios, or Animal Kingdom, you need to know these things first.

Visiting Walt Disney's (DIS) – Get Free Report theme park complex in Orlando is a dream vacation for many families. It's a very expensive trip where some costs simply aren't negotiable.

You can stay off-property to avoid the expense of a Disney resort, but that comes with transportation headaches and you lose certain perks like early park access.

In addition, you can plan to do much of your eating outside the parks, which will save money but also robs your family of some of the Disney experience. (You can bring in food, but the company has rules about this.)

It's a conundrum as people planning a Disney World vacation have to balance being frugal with cheaping out. Frugal is when you make a substitution that won't hurt your family's enjoyment (like opting for coffee in the hotel rather than a pricey one in the parks) while cheaping out is not paying for Genie+ and missing out on rides and experiences.

There's no cheap way to visit Disney World, but there are cheaper choices you can make.

The most expensive way to visit any of those parks is to buy a single-day ticket. For single-day tickets Disney uses a variable-pricing system: Tickets cost less on days when demand is lower, and price ranges vary by the popularity/capacity of each park. The current range (children 2 and older require tickets) is:

If you can visit only for a single day, you can save money by looking at the calendar and finding a day where your park of choice is the cheapest. The real value, however, comes in buying multiple-day tickets.

The price per day becomes fixed when you buy more than a single-day ticket, and the real value starts to kick in when you buy a five-day package. These are the prices per ticket, per day on Disney's multiday tickets offers:

These tickets are for entry into a single park each day. You also do not have to use a multiday ticket on consecutive days. In fact, the more days you buy, the more time you have.

The second admission on a two-day package must be used within four days after the first day you use the ticket. That increases by one day for each day of tickets you have purchased. So buy a three-day package and you get five days, and so on.

Adding the “park hopper” option, with which you can visit multiple parks in a day, raises the price of your package by roughly $20 to $40 per day on a five-day ticket. Disney uses variable pricing based on the first day of your package to set that price, so you can game the system a bit by picking a cheaper day based on the calendar Disney provides when you choose that option.

Disney's Genie+ add-on feature, which costs between $15 and $22 per day, per ticket, gives visitors access to shorter lines for one ride at a time. It replaced what used to be the FastPass+ system, which was free.

While you don't have to buy the Genie+ add-on feature, not doing so will make your visit to the company's theme parks worse.

Opting to not buy Genie+ means that on most days at any of the four Disney World parks, you will spend more time waiting in line and less time on rides, in shows, or meeting characters.

Genie+ also gives you access to Lightning Lanes, which for another $15 to $24 per ticket gives you one-time access to the newest and most popular rides .(Without the Lightning Lanes add-on, these new rides are excluded from Genie+.)

Important: While the high initial cost and added fees make Disney tickets very expensive, be wary of anyone offering a deal.

Sometimes, the warehouse clubs will offer Disney vacation packages at attractive bundled prices, and Disney itself offers small price incentives for teachers through their national union. In addition, some of the reputable Disney blogs may offer slight discounts (or more likely small added perks for buying).

But most “deals” on Disney tickets are questionable or fraudulent. Orlando is littered with discount ticket booths, and most are simply places to buy tickets, but some are downright scams, while others are fronts for time-share pitches.

Very few legitimate discounts on Disney World tickets are available. So if you see one being offered, do extensive homework to avoid a scam.