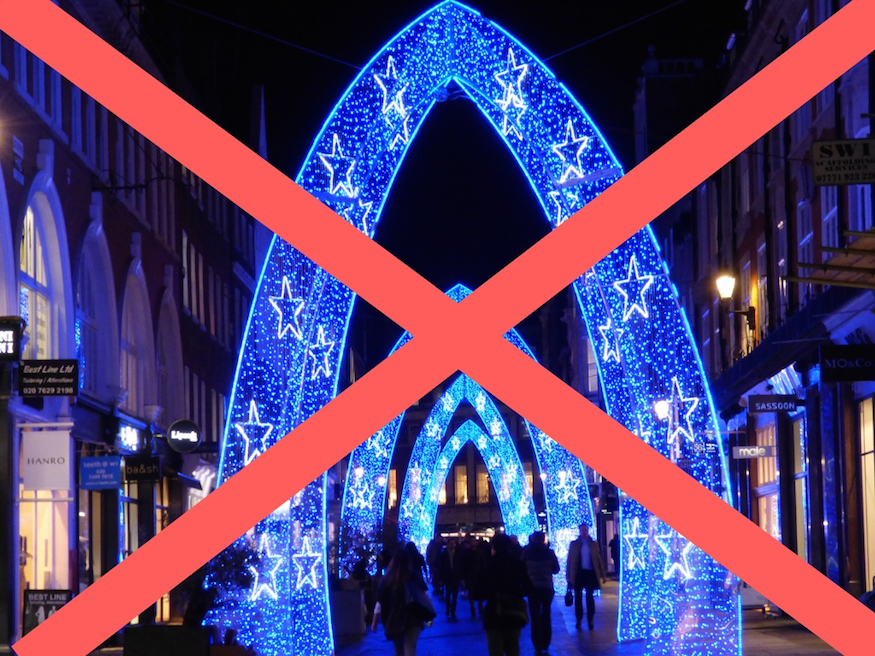 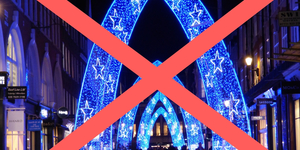 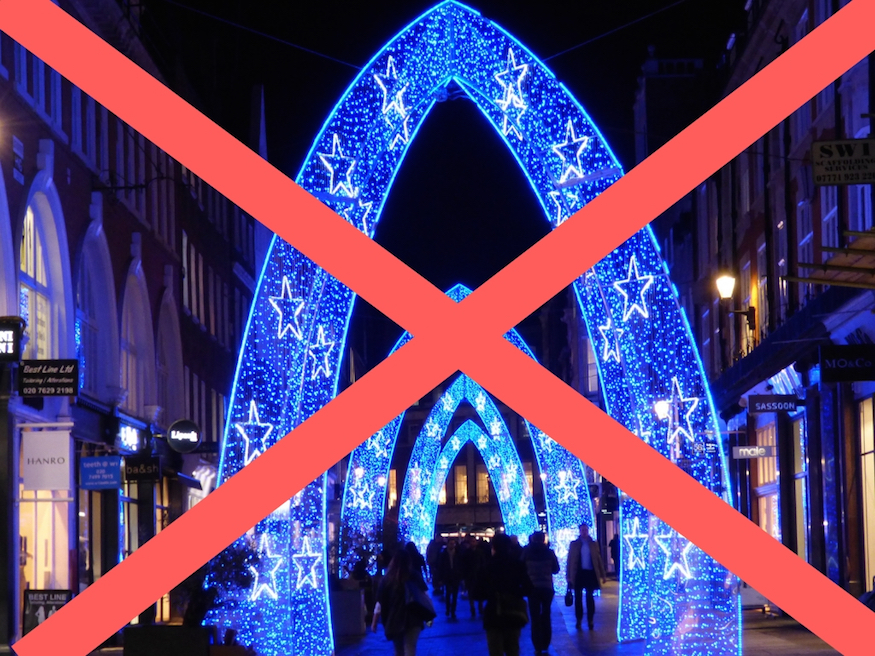 London’s fantastic at Christmas, but Christmas ain’t for everyone. Fed up of the relentless festivities? Want to escape Christmas for a few hours (or longer)? Maybe you don’t celebrate Christmas, or perhaps you’re just not in the mood this year. To avoid Christmas in London, head to these events without a bauble or carol singer in sight. We can’t guarantee you won’t encounter these seasonal afflictions on the way to these events, but if you want to go full Grinch, here are a few tips.

1. See The Lost Rhino at the Natural History Museum 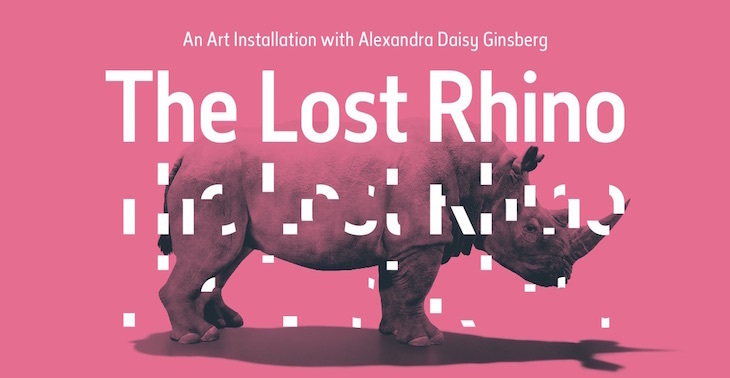 Traditionally, not many new exhibitions open around this time, but Natural History Museum is swerving that trend by unveiling its new exhibit, The Lost Rhino, on 16 December.

The free display centres around a video installation by artist Alexandra Daisy Ginsberg, a digitally recreated, life-sized northern white rhino. The subspecies is in danger of vanishing altogether, and the exhibition explores themes of extinction, conservation and technology, ultimately questioning whether recreations of lost species can be a substitute for the real thing.

While you’re there, bid farewell to Dippy; The Dippy Returns exhibition closes on 2 January 2023.

2. Do a Lord of the Rings all-nighter at the Prince Charles Cinema

Shut yourself in a dark room away from Christmas lights and immerse yourself in approximately 12 hours of Hobbit action. The excellent Prince Charles Cinema screens the Lord of the Rings trilogy (extended versions, naturally) back to back through the night, on two different dates in December. Acquaint yourself with the rules and etiquette before signing up. 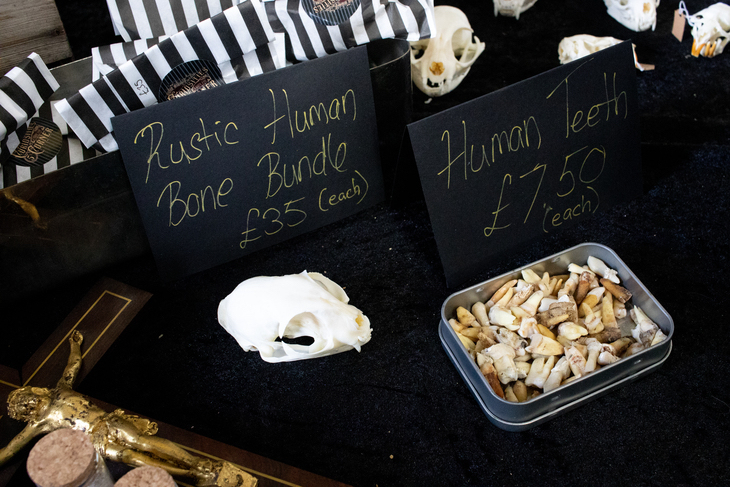 The things you find at a Satanic Flea Market… Photo: Elizabeth McCafferty/Londonist

A market in December that’s not full of twinkling lights and carol singers? That’d be the Satanic Flea Market Anti-Christmas Fayre, the December version of the regular dark arts and crafts event. Intrigued? We went along in October to find out what it’s all about.

4. Kick back and watch a non-festive theatre show

It feels you can barely move in London at the moment without seeing an advert for a panto, Christmas concert or festive kids’ show — but there are still plenty of thoroughly unfestive shows out there, if you know where to look:

Just because you’re not feeling festive, it doesn’t have to be all doom and gloom. Perhaps we can tempt you with a musical, such as:

5. Keep up with the World Cup action 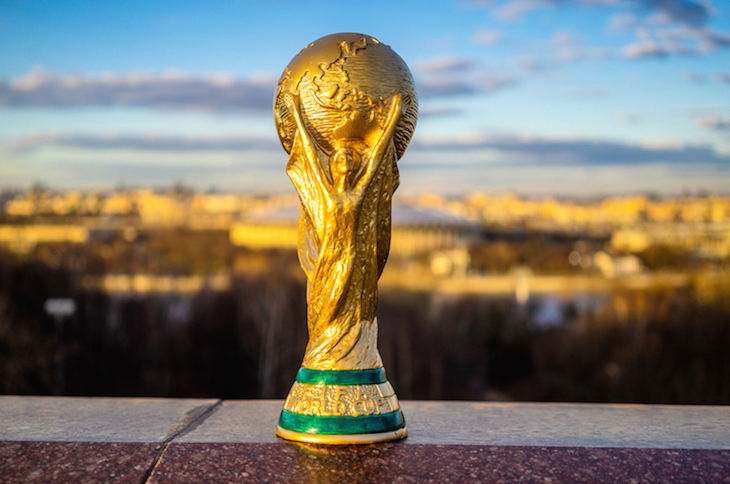 You may have noticed there’s a little thing called the World Cup going on in football land at the moment.

Even if your team are knocked out in the group stages, The Football could be an excellent way of dodging anything festive for the first half of December.

You’ve got four matches daily (that’s six hours of football a day) until 2 December. Then 3-6 and 9-10 December it’s two matches a day, and then a single match each day on 13, 14, 17, and the final on 18 December. By our calculations, that’s 24 matches to watch in December, amounting to 36 hours of solid football (plus injury time, penalties and pre- and post- match analysis). Spending that time yelling at the ref through the screen will keep you away from any sort of festive cheer.

We do have a guide to where to watch the World Cup in London — but given that we’re in prime Christmas party season too, we can’t guarantee the venues screening the matches won’t be festooned in Christmas decs. If you’re truly anti-Christmas, you might be better off watching the matches at home. 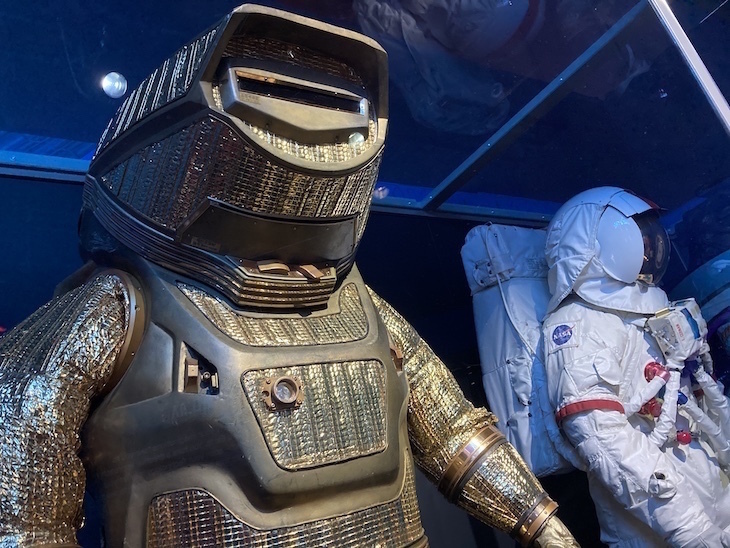 Get a dose of sci-fi at Science Museum

The Last Rhino (above) is the big new exhibition in town this month, but plenty of other top-notch displays are still open, including:

Also check out our guide to the biggest exhibitions to see in London this winter. We reckon the earlier part of December might be a good time to visit the bigger museums, with the usual crowds focused on Christmas shopping and other festive activities instead.

Blackfriars Bridge: Behind The Scenes On The Major Refurbishment

British expats: The friendliest country in Europe is a top holiday destination