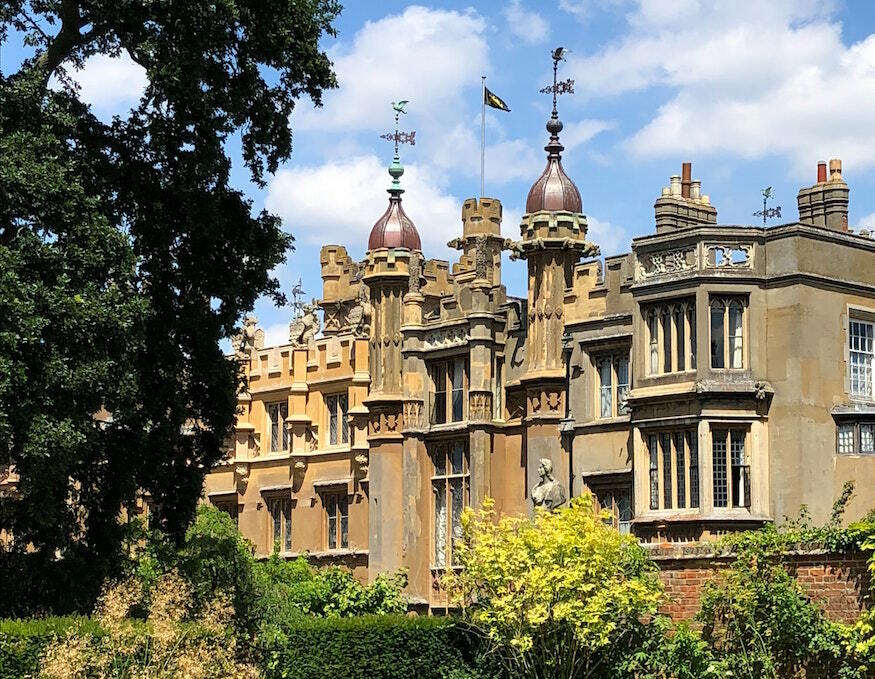 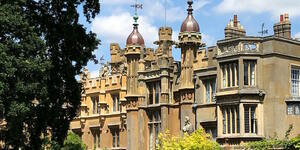 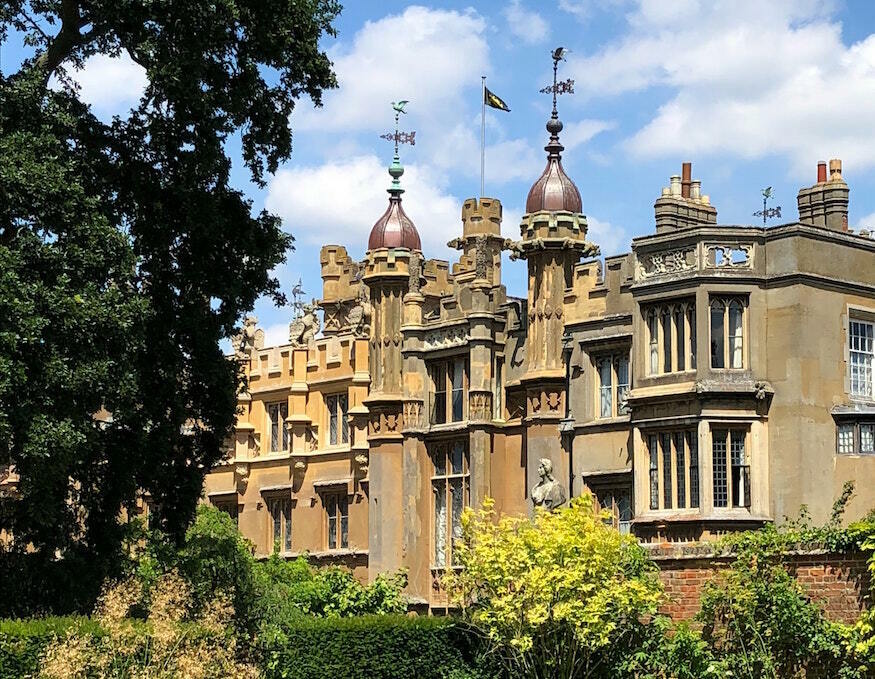 No car? No problem! These museum and tourist attractions in Hertfordshire can all be easily reached by public transport, making for an easy day out from London even if you don’t have your own set of wheels. 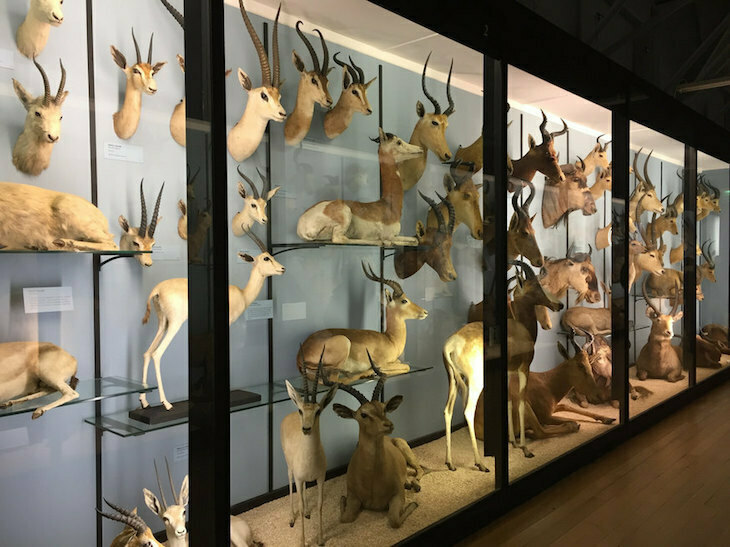 Like the London venue, it’s free to visit, and though it doesn’t have the space for dinosaurs and blue whales, there’s enough to keep visitors of all ages occupied for a couple of hours. Many of the almost-5,000 specimens here are more recognisable than their London cousins, taking the form of taxidermy rather than skeletons, packed into Victorian-style cabinets.

Oh, and don’t miss the dressed fleas. Located in Gallery 3, these are literally fleas in costumes, acquired in Mexico in 1905, where they were sold as souvenirs. We prefer a straw donkey, ourselves…

Natural History Museum at Tring, The Walter Rothschilde Building, Akeman Street, Tring, HP23 6AP. Look out for this sign to point you in the right direction.

Getting there: Direct trains between Euston and Tring take as little as 38 minutes. The museum is around a 40-minute walk from Tring station.

Nearby: Tring is a petite but pretty town with several independent shops, cafes and restaurants. The Ashbridge Estate is a 40-minute walk in the opposite direction from the station, or hop back on the train for four minutes to Berkhamsted, with Berkhamsted Castle right opposite the station. 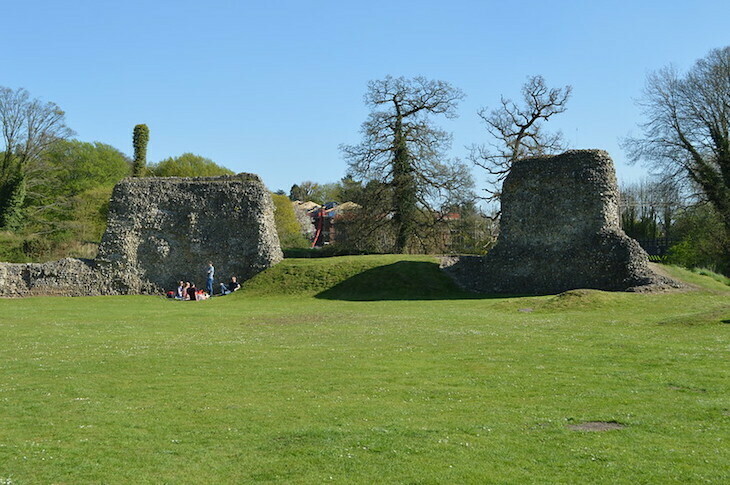 ‘Substantial remains’ is how English Heritage describes Berkhamsted Castle, so don’t rock up expecting a full motte, bailey and drawbridge situation. That said, it was a fairly important place in its time — it’s where William the Conqueror received the submission of the English, and held an important defence position for anyone approaching London from the north.

These days you can wander around the remaining walls, ditches and earthworks — though no climbing on the ruins. For further castle-based adventures in Hertfordshire, Hertford Castle is a beautiful redbrick building in the town centre, though the interior isn’t open to the public. Just a short way across the border into Essex is Mountfitchet Castle too.

Getting there: Berkhamsted Castle is located right opposite Berkhamsted station, around a 40-minute train journey to Euston.

Nearby: Hop on the train for four minutes to Tring (above). 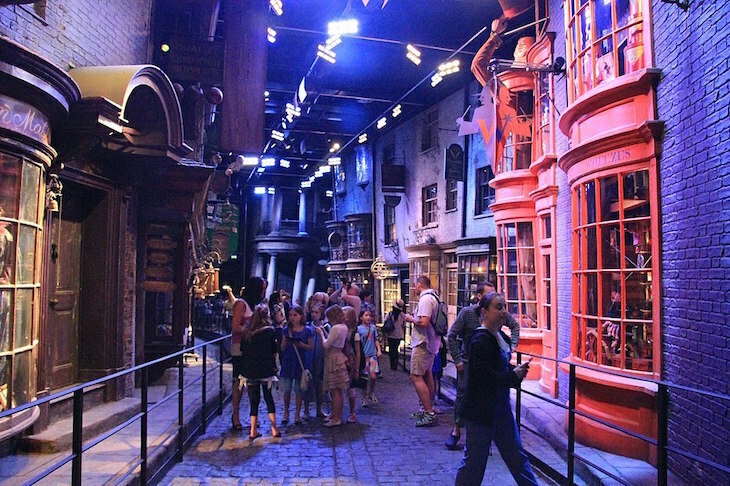 Needs no introduction really. Unofficially known variously as ‘the Harry Potter Studios’ and ‘Harry Potter World’, the Warner Bros Studio Tour is a dream day out for Harry Potter fans, with a chance to step onto film sets used in the movie series. Visit the Hogwarts Great Hall, the Forbidden Forest, Diagon Alley and Platform 9 3/4, and see props and costumes used in the films.

Those interested in filmmaking are catered for too, with an insight into the video effects and special effects used to bring the magic to life on screen.

Getting there: Take the train or London Overground (train is faster) from Euston to Watford Junction. From here, a free shuttle bus runs every 30 minutes, taking about 15 minutes.

Nearby: To be honest, the Warner Bros’ Studio Tour can easily fill a full day itself. However, if you do find yourself with some time to fill, catch the shuttle bus back to Watford Junction and head to Cassiobury Park, a large green space with its own miniature railway. 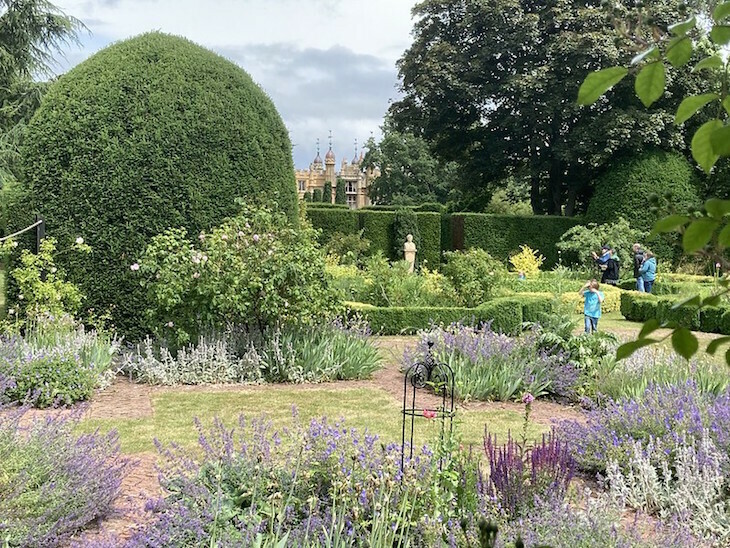 Turrets, domes and  a towering gatehouse make Knebworth House appear more like a castle than a 15th century manor house. Either way, it’s a spectacular building, and one that’s open to the public, with family heirlooms on show in the opulent interiors, and a guided tour included with your house admission ticket.

Impressive though it is, Knebworth House is just one small aspect of a day out on the Knebworth Estate. Knebworth Park is a 250-acre historic deer park, with plenty of walking routes and space for ball games and picnics. The Fort Knebworth Adventure Playground will win round even the most unconvinced of children, with swings, slides, a zip wire, a drop slide, climbing equipment, and interactive water features. Closer to the house, the formal gardens are at their best in summer — though don’t be surprised if you stumble across the occasional T-Rex, part of the dinosaur trail. Throw in tea rooms and a gift shop and you’ve got a day out to keep most of the family happy.

Getting there: Catch the train to Knebworth (around 40 minutes direct from King’s Cross) and then it’s a 35-minute walk.

Nearby: Knebworth itself is fairly quiet, but is a four-minute train line from Stevenage, where you’ll find shops, bars, restaurants, and a local museum. 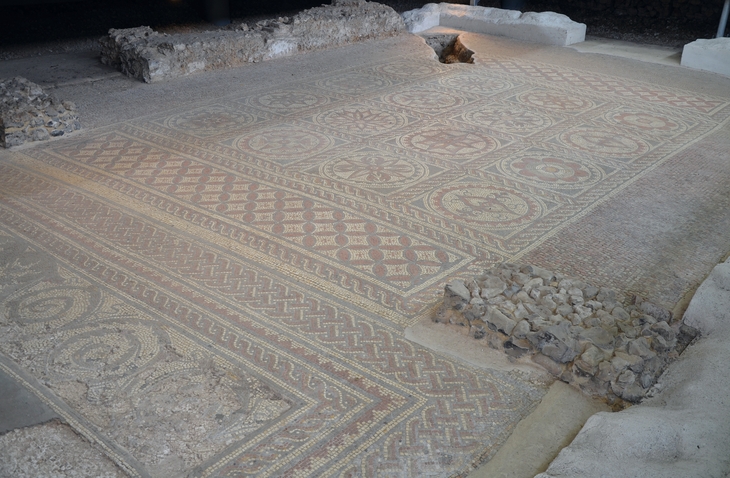 Verulamium was a Roman town, located just beyond what we now know as St Albans. The Verulamium Museum now stands on the site, offering 21st century tourists an insight into Roman life.

Roman rooms have been recreated, with mosaics and coins from the period on display. It’s a family-friendly place to visit, with hands-on exhibits, activity sheets, and dressing-up opportunities on selected days — ideal if they’re studying the Romans in school at the moment.

The park outside the museum is also home to sections of Roman wall, and the Hypocaust (currently closed for maintenance), a surviving example of a Roman underfloor heating system. Worth Roman around the area a bit, then (sorry).

Getting there: Train to St Albans City, which is approximately 30 minutes from St Pancras. Then a half-hour stroll through the town centre.

Nearby: All the sights of St Albans, including the local museum, the cathedral, a wonderful park and historic pubs — here’s our full guide to St Albans.

Choo choo! Here at Londonist, we flippin’ love a miniature railway, and this one’s all the better for being tucked away off the beaten track, in the grounds of a garden centre of all places.

The 7 1/4″ gauge railway offers rides pulled by one of its eight locomotives, on a loop featuring a pond, a tunnel, a signal box, and its own station and platform. It’s been operating on this site for more than 40 years, having moved from its previous home in Cheshunt due to vandalism.

Getting there: Ware and St Margarets station are both about a 30-minute walk away, though the latter involves walking down some country lanes so is best avoided. Trains between Liverpool Street and Ware take about an hour, with a change at Broxbourne.

Nearby: The railway is located in the grounds of a garden centre. Ware is a small but picturesque riverside town with a museum, lido (currently being refurbed) and Scott’s Grotto (see below). 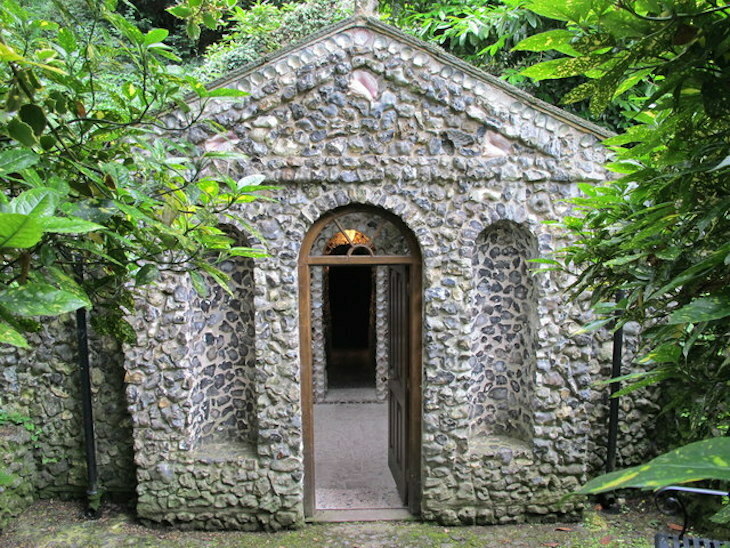 67ft of interconnected tunnels, tucked away in a chalk hillside in the town of Ware. That’s Scott’s Grotto, one of our picks of grottos and caves near London to visit. You’ll find it down a fairly average (if hilly) residential road, only open to the public on select days between April and October each year.

Amazingly, it’s been around since the 1760s, built by local poet John Scott, who decorated the tunnel walls with shells, fossils and the like. It’s been open to the public since a restoration project in the 1990s, though not many people know about it, even now.

Getting there: Under 10 minutes walk from Ware station. Trains to Liverpool Street take around an hour, with a change at Broxbourne.

What to See, Eat and Do in Toronto