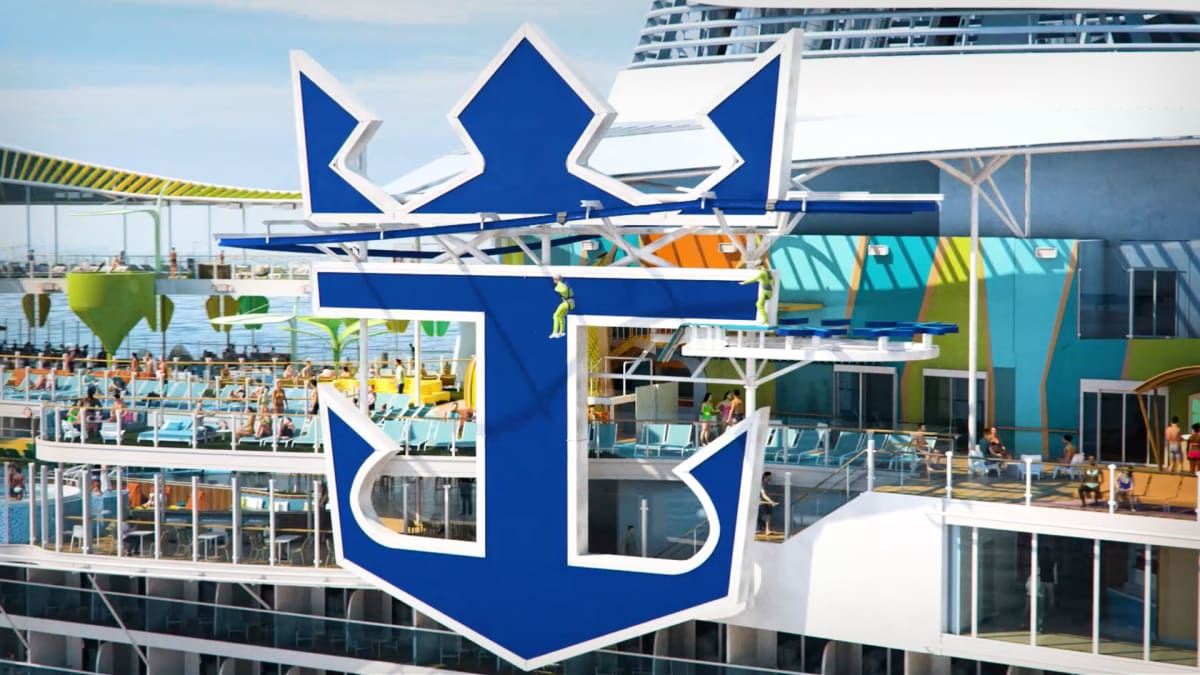 Avoid common packing mistakes and your cruise will be a lot easier (and you may save some money.)

When you forget to pack something at a land-based hotel you have a few options. There might be a pricey replacement in the gift shop, or you could drive (or Uber) to any store you want. In some cases, assuming you don't need it immediately you can even have Amazon (AMZN) – Get Free Report deliver the item to your room (well, the front desk.)

On a cruise ship, none of these are really options. Ships do have gift shops and some newer Royal Caribbean Group (RCL) – Get Free Report ships even have vending machines selling necessities, but prices are high and selection can be limited. You can also hunt for forgotten items while in port, which is fine when you need a toothbrush, but less useful when you forgot to pack pants or underwear.

Over the past four years, I've taken 23 Royal Caribbean cruises and my packing strategies have changed quite a bit. But whether it's a short three to four night cruise or a longer six to seven-nighter, I have some packing rules that have helped me standardize the process while also pairing down what I bring.

What You Need to Know About a Royal Caribbean Cruise

As a family cruise line, Royal Caribbean does not really enforce strict dress codes. Technically, you're supposed to wear long pants (jeans are acceptable) in the main dining room or at specialty restaurants, but I've never seen anyone wearing shorts and a T-shirt turned away.

The same is true for what used to be called “formal night,” which is now “dress your best” on most sailings. Technically, men should probably be wearing pants and a collared shirt, but you're more likely to be scolded by your fellow passengers than hear anything from the crew about your attire.

Royal Caribbean cabins, generally have plenty of room for whatever you bring, at least when no more than two people share a room. As a solo traveler, space isn't a concern, but even when I bring my son, there's plenty of room and your suitcase can easily slide under the bed (which can be an option for storing a few items.

All of my cruises are warm-weather cruises from Florida, so these rules do not apply if you're headed to Alaska or New England/Canada.

I always carry my backpack on the ship. When I pack that I make sure it has my travel documents (passport, vaccine card, and a paper print out of my SetSail Pass/ticket in case of WiFi issues in the terminal). I then pack any medicines I need, as well as all toiletries because I've made the mistake of forgetting a razor and over-the-counter (OTC) medicine.

In the case of the razor, the replacement I bought on board was a ten-pack of those yellow two-blade Bics that nobody has shaved with since the 1970s (that's literally all they sold and in a 10-pack on a four-night cruise). As for the medicine, I found what appeared to be its Spanish label equivalent in Cozumel after going two-day without.

My backpack also has my charging cords, a cruise ship-approved outlet with two USB ports and two plugs, my laptop charger, and lastly (because I'm using it until I leave) my laptop. In some cases, I also pack a bathing suit or shorts/underwear and a T-shirt, depending on what I plan to wear on the ship.

Bathing suits don't take up a ton of space, but no matter how long your cruise is, two is enough. You need one to wear while the other one is drying. You can hang your suit on the clothesline in the shower or on the metal hook on the bathroom door after you wring out as much water as you can.

3. Keep Your Shoes Simple (and Comfortable)

I wear sneakers onboard and pack comfortable water shoes I can wear to the pool or at CocoCay. I never bring dress shoes, because I never dress more formally then pants and a collared shirt, and my basic solid-colored sneakers don't clash. (Some people may opt for a pair of dress shoes as well).

4. Avoid the Urge to Overpack

In most cases, you will wear a bathing suit or shorts and a T-shirt all day. At night, you will change into something nicer that probably involves pants and a collared shirt. On a seven-night cruise, I bring three pairs of pants and four shirts. For shorter cruises, I cut that to two pairs of pants and two or three shirts.

I stick to basic colors and things that can mix and match, It also helps, in my case, to opt for shirts that can be washed in the sink to try to get the inevitable spaghetti sauce stain out (soy sauce and olive oil are lost causes.)

5. Know Your Own Clothing Needs

I never pack a light coat, because it's never cold enough for me to need one and if it's really windy at night, my only time spent outside will be spent moving between venues. I do, however, pack more T-shirts than days because it's hot, and sweat makes a shirt unwearable in a way that's worse than an unsightly soy sauce stain.

Packing for a Cruise Requires Care

Some people use a checklist to pack. I don't and that has led to a few mistakes. I've gotten onboard without sunscreen or a hat, both costly mistakes that have led to a small collection of hats with cruise ship names on them.

I'm also not great at remembering sunglasses (I now own a few pairs bought onboard) a laptop sleeve since I don't like to use my backpack once on the ship because that's where I keep my passport. I also like to bring a beach bag so I have a place to keep things while I'm at the pool and I'm 50/50 on remembering to do that.

As I cruise more, I bring fewer things each time. That's easier when your wardrobe consists mostly of black T-shirts, black polos, and black dress shirts, but it's a good model for anyone. Double down on the essentials. You may need more socks than you think and they don't sell underwear on board, so have enough to make it through (although only you will know if you fall a little short.)

The Best Horror Film Screenings In London For Halloween 2022

What to See, Eat and Do in Toronto