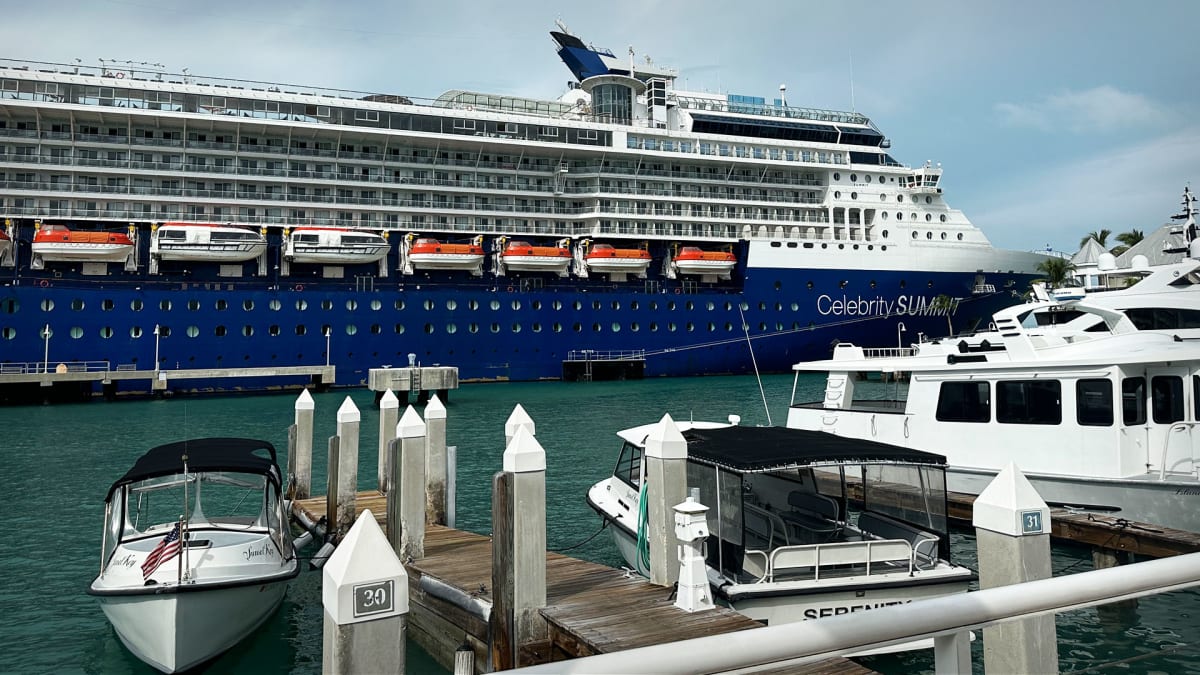 If you’re worried about rough seas or seasickness on a cruise, here’s what you need to know.

Weather rarely gets rough on Caribbean/Bahamas sailings out of Florida. And because distances being covered aren't very large, the cruise lines sailing those itineraries generally have a lot of leeway to sail away from bad weather.

In fact, having sailed more than 30 times since my first-ever cruise in early 2018 (a family cruise on Carnival Conquest over New Year's), I'd had exactly one night (before this week) with what could be considered rough seas.

On Carnival Conquest, that first trip, we had a single night where you could feel the ship move. At just-under 3,000-guest capacity, Conquest would be considered a smaller ship, and I felt movement, saw a few people get sick, and the main theater show that night was changed to one that did not include any acrobatics.

Since that night, I'd never had a day without some period of sunshine and never experienced any sort of changes due to rough seas — until my Christmas sailing on Celebrity Summit, a small ship in the Royal Caribbean-owned line's fleet.

These ships are much bigger than Carnival Conquest and Celebrity Summit, the ship on which I opted to spend Christmas this year. That's important because bigger ships weigh more, have better stabilization systems, and generally move much less than relatively small ones like Celebrity Summit.

I was on Summit a few weeks earlier when the weather was clear but you could still feel the ship move more than I have ever noticed on larger ships. On Summit, even when the seas were calm, sitting in the covered adult solarium pool, I could see the water slosh from side to side.

During my Christmas trip, due to the extreme weather in the northern part of the country, it rained every day for much of the day. That's very rare as usually the Bahamas has a brief period of rain each day, which the ship can sail away from. On Christmas Eve, however in addition to rain, the seas were quite rough and the ship was noticeably moving.

Royal Caribbean Battens Down the Hatches

When it was raining but still light out and the seas were a bit calmer, the only notable change is that outdoor-music performances were canceled. There were still activities on the pool deck, but not ones that required electronic equipment beyond a wireless microphone.

At night, the ship was moving enough that some people were notably sick. The cruise line quietly put out sickness bags in all the bathrooms. In addition, while the pool deck was not closed (the pools were), the outdoor walking track on the ship's lower level was closed, as were some upper-deck walkways.

Some passengers sat down in the dining room and left before eating and most evening events were less crowded than on other nights. Nobody (as far as I could tell) threw up in a public space, but quite a few people in the elevators looked as if they were in a race to their rooms.

Had the weather been a little worse, the cruise line could have locked down window coverings, closed balconies, and cancelled shows in the main theater (shows with acrobatics likely would have been modified or not performed).

Crew members and more-seasoned passengers seemed to take it in stride. I had dinner with a crew member friend that night and the main dining room was relatively quiet. That's unusual on Christmas Eve, where there were some special menu items on a ship that has relatively few dining choices.

That night my cabin had a noticeable sway to it (beyond what a few drinks with friends might cause) and the ship was clearly moving in a way I've never felt before.

That likely would have been more intense on higher floors (I was essentially mid-ship on Deck 7, while my crew-member friend said he could hear water smashing into the walls of his windowless Deck 2 room.

Choose Bigger Ships and Ports With Docks if You Fear Seasickness

The next day, I talked to some passengers who got sick, a few who went to bed early, and some who (like me) sort of enjoyed the experience.

On Christmas, the seas were still rough, albeit calmer, and decks were reopened. But since we were in Grand Cayman, a port that requires a tender (a small ship) to take you to the port, some passengers opted against going ashore while others reported getting sick on the journey.

All the outdoor musical performances were canceled again, but Santa Claus made his planned visit (I suspect he did not travel by tender or reindeer). The pools were open but not very crowded, with the adults-only covered pool area being the most popular.

Motion-sickness bags were still discreetly placed pretty much everywhere, but most people seemed back on their feet even if Christmas Eve had been rough for them.

A fair number of passengers were wearing bracelets that were supposed to help with seasickness, while others followed various folk remedies, and some went to the ship doctor (where motion-sickness pills are available).

But on Christmas Day, the coffee shop, bars, and restaurants appeared back to their normal crowds as it seemed like most people adjusted quickly.

5 Utah Burgers You Must Try

In Rwanda, a New Golf Course in Kigali Is a Sign of Growth