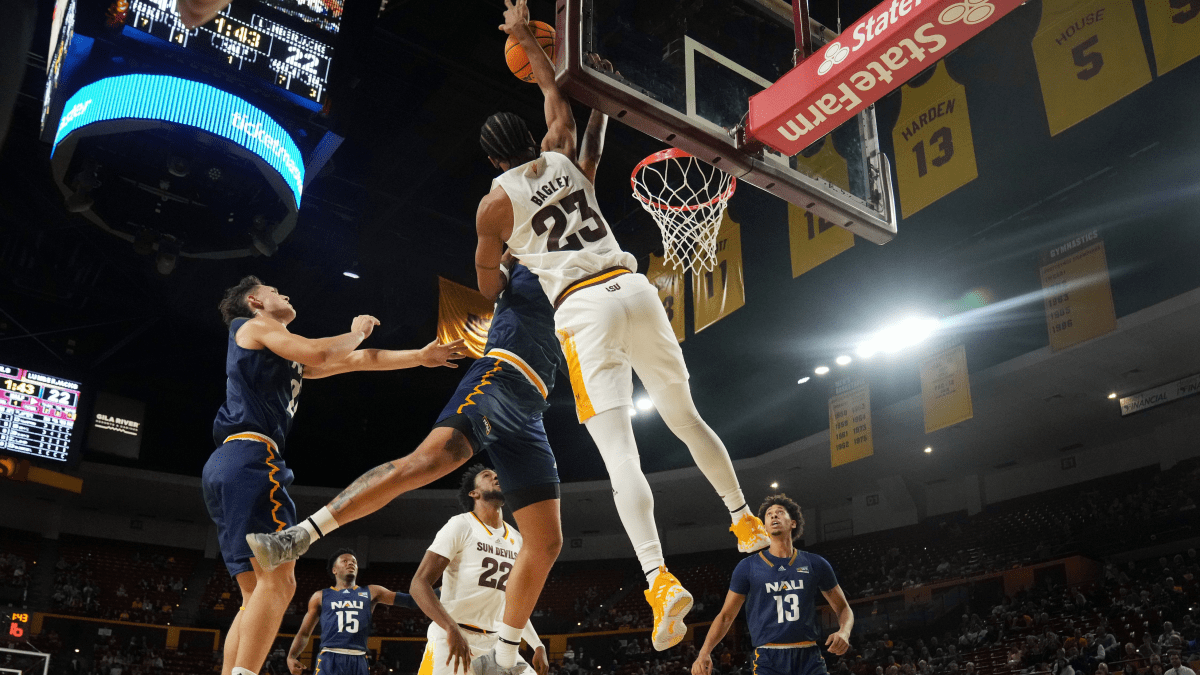 The Sun Devils forward explained why he had not been playing in the team’s last five games.

Arizona State forward Marcus Bagley tweeted Tuesday that he had been suspended from the team after deciding to inform the public why he had not played in the Sun Devils' last five games.

“I was just suspended for this tweet. For Admitting I made a mistake,” Bagley tweeted.

Bagley, who has not played since Arizona State’s 84-68 victory against Northern Arizona on Nov. 10, referred to the tweet he made Sunday, stating that his recent absence from the court had “nothing to with basketball,” his “ability” or his health. The third-year sophomore forward has not been playing because he “made a mistake” and made some comments to Coach Hurley that he “shouldn't have said” after the game against NAU.

While Bagley did not provide specific details of what he said to Hurley or the length of his self-reported suspension, he followed up his initial tweet Tuesday with another, suggesting that the program misled him.

“ATHLETES please please please make a well thought through decision where you go to school. These people will tell you anything to build you up just to tear you down,” Bagley tweeted. Prior to Bagley’s tweets Tuesday evening, Hurley appeared as a guest on Arizona Sports’ Bickley & Marotta to discuss the Bagley incident.

In the segment, Hurley said he had planned to “speak with Marcus” soon.

“Yesterday we were off and I didn’t get a chance to talk with him concerning his tweet, and his other tweet about being healthy, which is fine. He’s been at practice so we know he’s healthy,” Hurley said.

Instead of revealing the true reason behind Bagley not playing, the Sun Devils coach stated other players on the roster had been playing well and building chemistry on the court.

“I think it’s a byproduct of other guys playing well and just not having the opportunity to get him out on the floor,” Hurley said. “That’s all it comes down to. … We have a stacked perimeter and right now there’s just no minutes for him.”

ASU has won four of its last five games, with its only loss of the season coming against Texas Southern in overtime. The team’s other four wins have come against VCU, Michigan, Grambling State and Alcorn State.

In two games this season, Bagley has averaged 12.5 points in 28.5 minutes while shooting 31.8% from the floor. Bagley, who was part of the program's 2020 recruiting class, has played in 17 total games at ASU in two injury-plagued seasons.

Arizona State (6-1) will play in two conference games starting Thursday against Colorado and Sunday against Stanford.

Dolphins’ players react to Saturday’s forecast of snow in Buffalo

Nashville Sounds come back in the Ninth to defeat Memphis Redbirds, 6-5