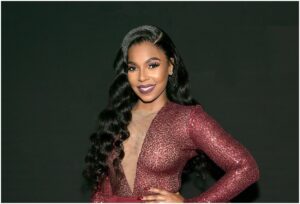 Ashanti and Nelly might be ready to give their love a try again after all the chemistry they put on display during a recent live performance.

Ashanti and Nelly shared the stage earlier this month while performing their 2008 hit, “Body On Me,” Hollywood Life reports. Fans couldn’t help but notice how Nelly appeared to be fighting temptation at points when Ashanti shook her tailfeather on her ex-boyfriend.

Ashanti appeared on Watch What Happens Live last Tuesday, where she responded to a fan who called in and asked if she and Nelly would ever consider getting back together after years of being broken up.

The Grammy Award-winning singer/songwriter updated fans on her current relationship status with Nelly.

“What I will say is, we’re in a better place,” Ashanti said. “Because before it was like [*punching*]. We have some conversations [now]. So it was cool.”

When host Andy Cohen asked, “But you’re not getting back together?” Ashanti didn’t shut down the possibility, either. “I mean, I don’t….” she said before laughing off the question.

During the performance, Nelly ran across the stage to hug Ashanti in front of the crowd. Ashanti later recalled the moment during an appearance on The Tamron Hall Show.

“When I saw him kind of coming across the stage, I was just like, oh. And it was so weird because we haven’t seen or spoken to each other for over six years. So it was a weird feeling,” Ashanti shared.

“It had been so long, I didn’t know how to feel or what I was going to feel when I did see him.”

Well, it looks like time might’ve healed old wounds. If Jennifer Lopez and Ben Affleck can rekindle their flame after 20 years, why can’t Ashanti and Nelly?!