Eddie Nketiah is ready to come to Arsenal manager Mikel Arteta’s rescue again and prove he is a ready-made replacement for injured star striker Gabriel Jesus.

Brazil forward Jesus has been the focal point of Arsenal’s attack and their rise to the top of the Premier League table after his summer signing from Manchester City. 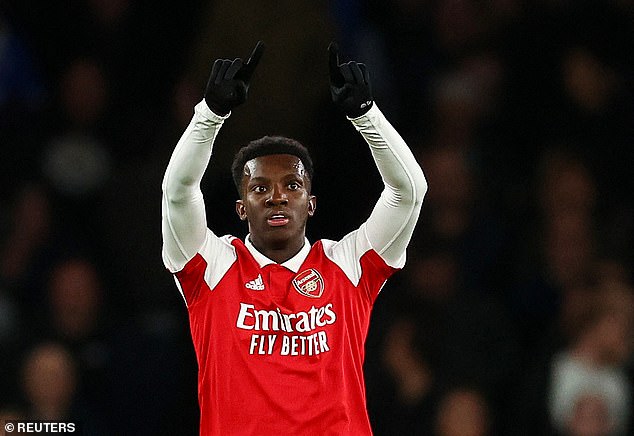 And homegrown star Nketiah claims he is ready to prove his critics wrong as he did last season and show he shares more than an identical goal celebration with his illustrious South American team-mate.

‘Of course, it is an opportunity for myself,’ Nketiah acknowledged. ‘These things happen in football, unfortunately, so you’ve just got to be ready for the moment when it comes. 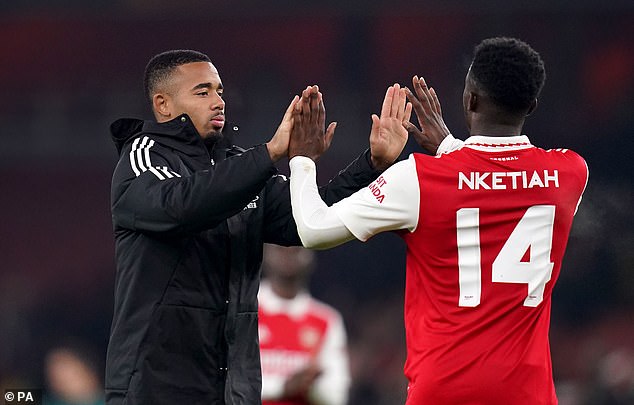 The 23-year-old English striker agreed to a new deal last season after a surprise run of five goals in seven games made him Arteta’s main front man after former skipper Pierre-Emerick Aubameyang’s departure and Alex Lacazette’s decision to run his contract down.

The emergence of Jesus has again relegated Nketiah to a substitute role again this season and he went into the World Cup break without a Premier League goal to his name.

Now, after talking to Jesus, he is wants to remind people what he is capable of to show both he and Arsenal can maintain their title challenge after the winter break.

‘I spoke to him [Jesus] and wished him a speedy recovery. It is never nice to see anyone miss a World Cup and also for us as a team he is a big player, we are going to miss him. We are all behind him.’

Nketiah, who netted in a friendly against Watford last week, was speaking from Arsenal’s warm weather training camp after scoring again in an emphatic win over Lyon in the Dubai Super Cup. 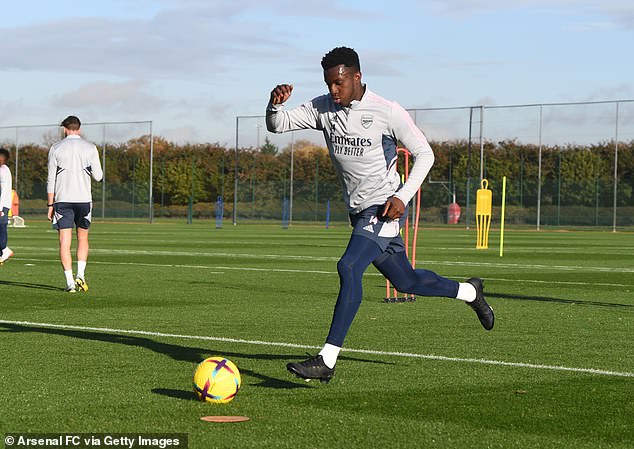 Arteta’s men next face AC Milan here on Tuesday and have a home game against Juventus before they resume Premier League action against West Ham on Boxing Day.

‘It is good to be back,’ Nketiah added. ‘Two games for us so far and two goals which is nice. We’ve done a nice bit of training and these games are a good test.“We had really good momentum going before the World Cup.

‘You can look at the break in two ways, it could be time for us to improve and get even stronger.

‘When they join us we’ll come together and I’m sure we’ll kick on again and get even better.

‘The mentality here has been top from the beginning. The manager has instilled that in us and all the boys have belief and work hard every day. It is good to be in a great position, we’re hungry to do well.

This Post: Back up Arsenal striker Eddie Nketiah ready to step into Gabriel Jesus’ shoes first appeared on Internewscast