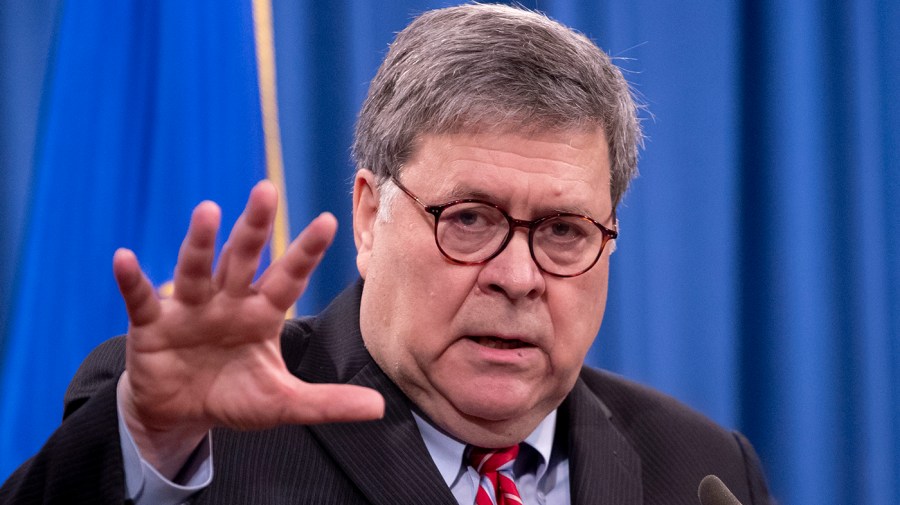 Barr told PBS’s Margaret Hoover during an interview on “Firing Line” he thinks the DOJ has enough evidence to reach the amount they would need to indict his former boss.

The Trump administration attorney general previously said in an interview with Fox News in September that he believed the DOJ was “getting very close” to having enough evidence to indict, but he hoped they wouldn’t based on what it would do to the country and the precedent it would set.

But he did, however, tell Hoover that if a former president commits a crime, they should be indicted for it.

“If the Department of Justice can show that these were indeed very sensitive documents, which I think they probably were, and also show that the president consciously was involved in misleading the department, deceiving the government, and playing games after he had received the subpoena for the documents, those are serious charges,” Barr said.

His comments came the same day Attorney General Merrick Garland appointed a special counsel to oversee the investigations surrounding the documents that the FBI found at Mar-a-Lago in August and his role in the Jan. 6, 2021, insurrection.

The FBI recovered thousands of classified and sensitive documents from Trump’s Palm Beach, Fla., property, and an affidavit establishing the DOJ’s probable cause to conduct the search stated that months passed while Trump’s team refused to hand over the requested documents before the search.

Trump reacted to the special counsel news Friday, blasting the DOJ and saying that he would not “partake” in the investigations.

Barr declined to say if he believes the DOJ should pursue an indictment or if he would do so as attorney general, but he said an indictment is becoming increasingly likely.