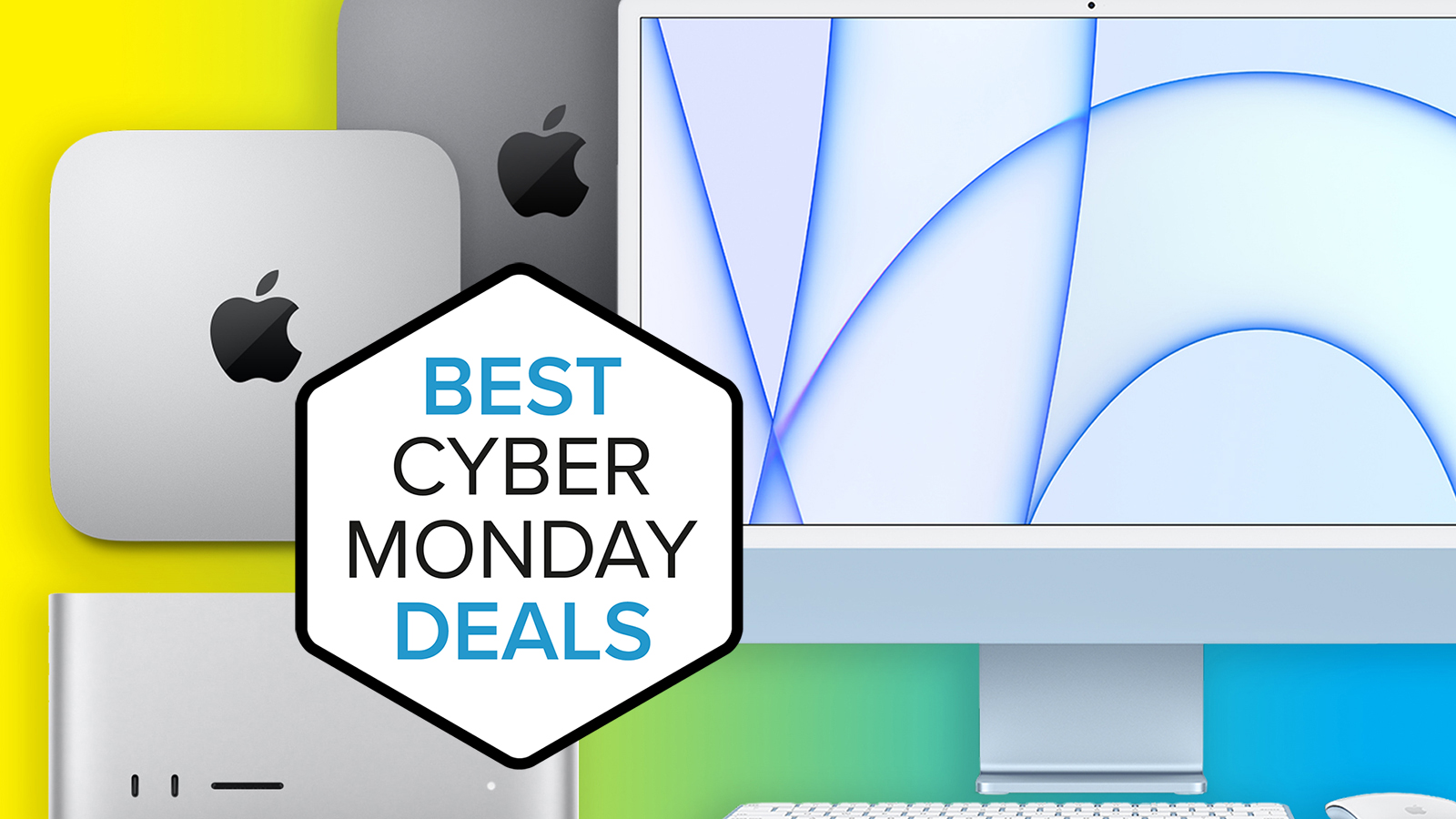 It’s never been a better time to buy a new Mac than during the Cyber Monday sales. We’ve done all the hard work for you checked the best Mac resellers in the U.S. and the U.K. to track down the best Mac deals you can get right now. Let us help you save money on a new Mac this Cyber Monday.

Below you’ll find the best deals we’ve found on Macs – including some of the best MacBook Air and MacBook Pro deals, but for more of those you should see our dedicated round-up of the best Cyber Monday MacBook deals.

We’ve listed the top deals for each model of desktop Mac, so if you’re particularly after an iMac you can jump straight to that section, and below that are deals specific to the Mac mini. We’ve also found some Mac Studio deals.

Apple is holding a Black Friday four-day shopping event, and Cyber Monday is the last day you can take advantage. It doesn’t discount its products, rather it offers gift cards in varying denominations when you purchase another Apple product. Note that not all Apple devices are including, but if you’re buying from Apple the following devices all have a gift card deal:

We’ve also been hunting for the best discounts on Macs from reputable Mac resellers, and here are some of the best iMac, Mac mini, MacBook Air, and MacBook Pro available right now:

Apple 24-inch iMac features the M1 chip and is available in a range of colors. The 27-inch model was discontinued some time ago and, while you may find a deal on this now-obsolete model, we wouldn’t recommend buying it. We feel that a Mac Studio or MacBook Pro would be the better choice.

If you want to purchase an older 27-inch Intel iMac, there are deals to be had, although we would suggest that the Mac Studio (deals below) would be a better choice.

For deals on all 24-inch iMacs see our Best iMac deals round up.

Three Mac mini models are currently sold by Apple, two if which have the M1 processor while one runs an Intel chip – we don’t recommend the latter.

If you do decide to purchase the older Intel model, there are still deals to be had, but we would recommend you instead look to the Mac Studio.

For deals on all Mac mini Apple sells see our Best Mac mini deals round up.

Deals on the Mac Studio tend to be rare, so if you’re in the market for this Mac make sure you snap it up when you see a good deal.

Building a private sector response to the global refugee crisis