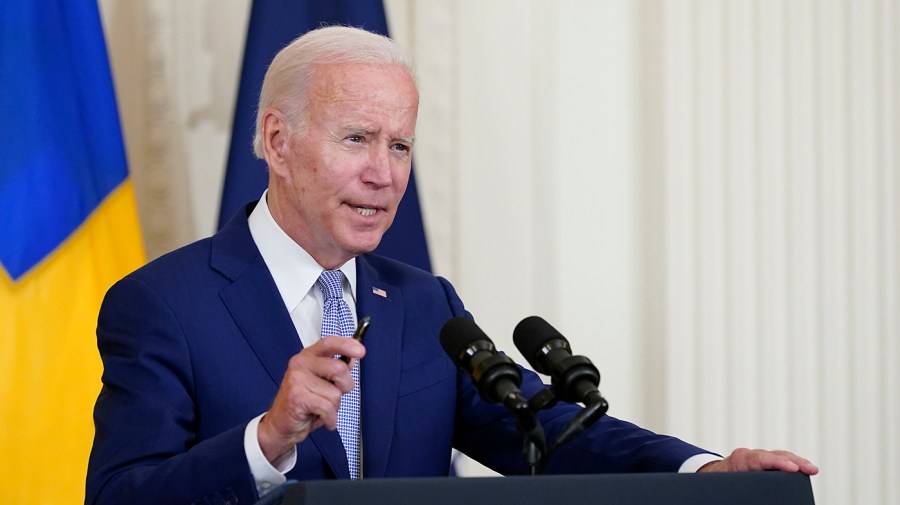 (The HIll) – President Biden’s approval rating ticked up 3 percentage points in the past week, according to a Politico-Morning Consult poll released on Wednesday, as Democrats scored a major legislative win with the passage of their climate, health and tax reform package.

The poll showed that 42 percent of registered voters said they approve of the job Biden is doing as president. The same poll released last week showed Biden’s approval rating was at 39 percent.

At the same time the number of registered voters who said they disapproved of his job performance dropped from 59 to 56 percent.

The latest poll is likely welcome news for Democrats less than three months ahead of November’s midterms. Presidential approval ratings are considered one indication of how the president’s party will perform in elections, though Democrats still face other headwinds.

The survey was conducted in the days after House Democrats passed a sweeping health, tax reform and climate bill with every member of the caucus voting in favor. Senate Democrats had passed the bill through reconciliation the previous week.

It was a key win for the president and his party after a year of trying to pass various versions of a larger climate and social spending bill and being stymied by Sen. Joe Manchin (D-W.Va.) because passing the measure through reconciliation required the support of all 50 Democrats.

The surprise deal between Manchin and Senate Majority Leader Charles Schumer (D-N.Y.) was a slimmed down package but it still contained some of Biden’s campaign promises and significant climate investments.

The Politico-Morning Consult poll was conducted between Aug. 12 and Aug. 14 with 2,005 registered voters. The margin of error is plus or minus 2 percentage points.

US homeless numbers stay about the same as before pandemic