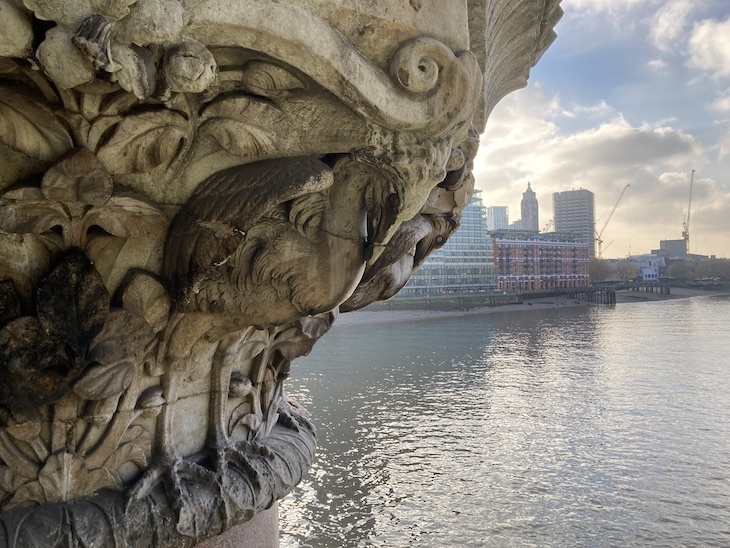 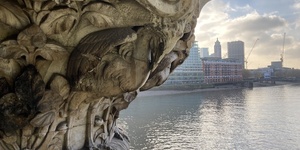 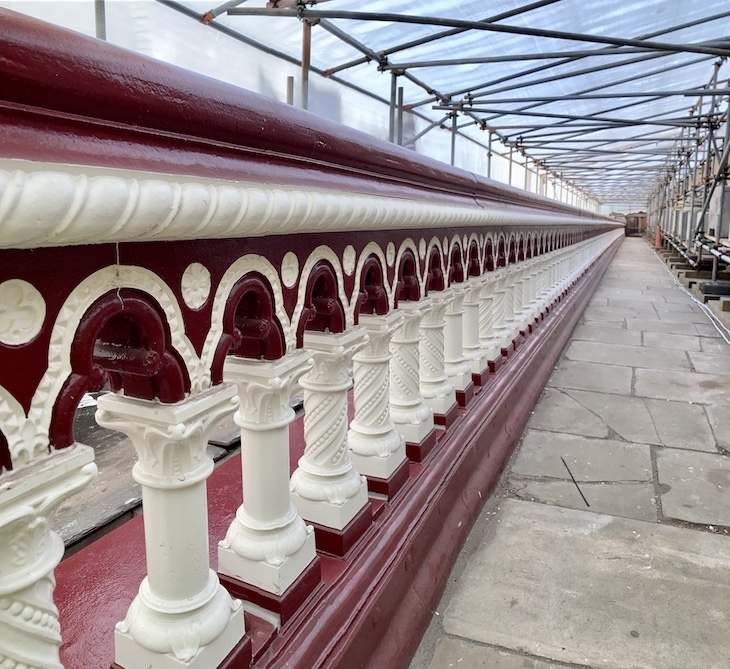 Every beam, bolt and baluster will feel the tickle of paint brush.

Large chunks of Blackfriars Bridge have been commuting up to the north-west, and hardly anyone’s noticed.

The 150-year-old span is undergoing an extensive refresh. Every beam, bolt and baluster will feel the tickle of paint brush. Dozens of shield-like roundels can anticipate a fresh coat of gold. Hundreds of metres of balustrade will be disassembled and carted off to Wolverhampton for repair. It’s happening right now — though many who pass over the bridge never notice.

Blackfriars Bridge last enjoyed some serious TLC back in 2000. Over two decades of exposure to breeze and brine has taken its toll. Paintwork is faded, and peeling away. Cast iron parapets are cracked and corroded.

Step forward FM Conway (with partners Taziker and Alltask), the maintenance firm contracted by the City of London to restore the bridge. They’re doing so without having to close any of the traffic lanes or pedestrian paths, thanks to a cunning form of scaffolding that cantilevers out from the bridge. Their interventions will not only improve the look of the bridge, but also protect the structure from further damage. 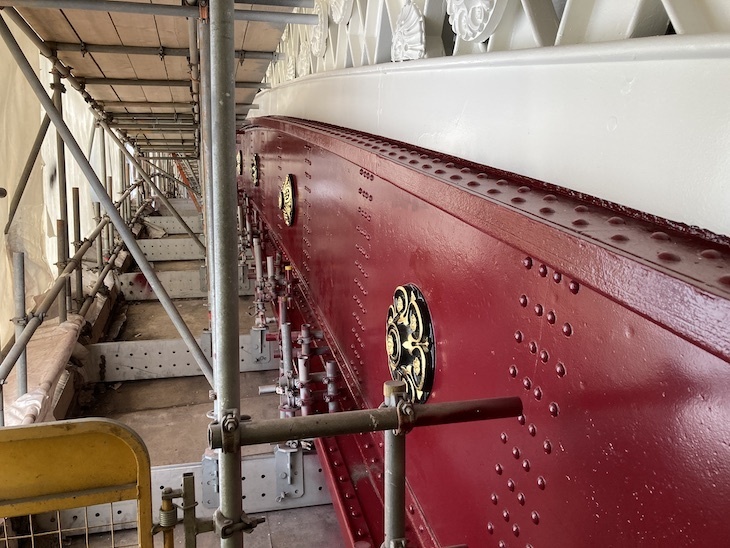 Work began in January 2022 and is expected to take until the summer of 2024. You can’t rush a job like this. Blackfriars Bridge is not only an important cycle, pedestrian and traffic route, it’s also a Grade II-listed structure. The bridge is 285 metres long, comprises five major spans (whose undersides also need painting), and rubs up against a major construction site in the shape of the Thames Tideway ‘super sewer’. This is no quick task.

Putting more than a head over the parapet 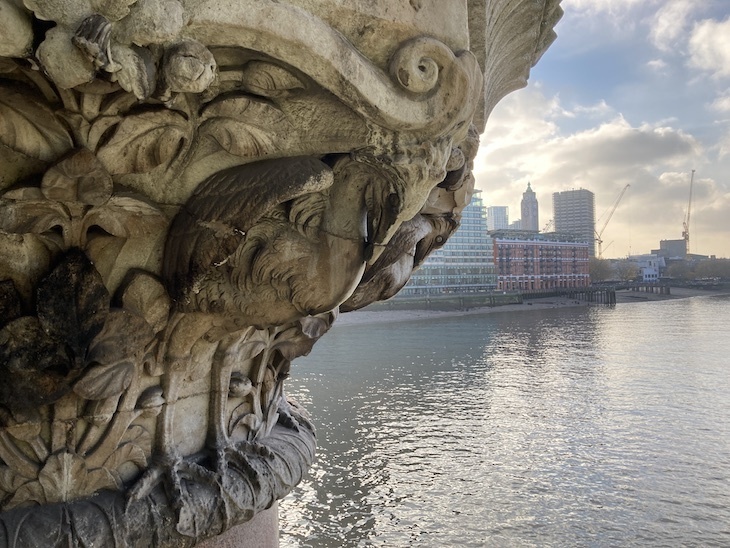 Can anyone name this fearsome-looking bird?

Here’s a fun fact for you. The giant capitals on either side of the bridge are decorated with stone carvings of aquatic birds. Those on the upstream side (facing towards Westminster) are freshwater birds; those on the downstream side (towards Tower Bridge) are of the sea.

I’ve long been aware of this bit of trivia — I’ve even set it as a quiz question — but I never thought I’d get to see the birds up close. Thanks to the cantilevered scaffolding, I was able to touch the stonework and even lean on the base of the column… though I’m still not entirely sure I can identify all the bird species. 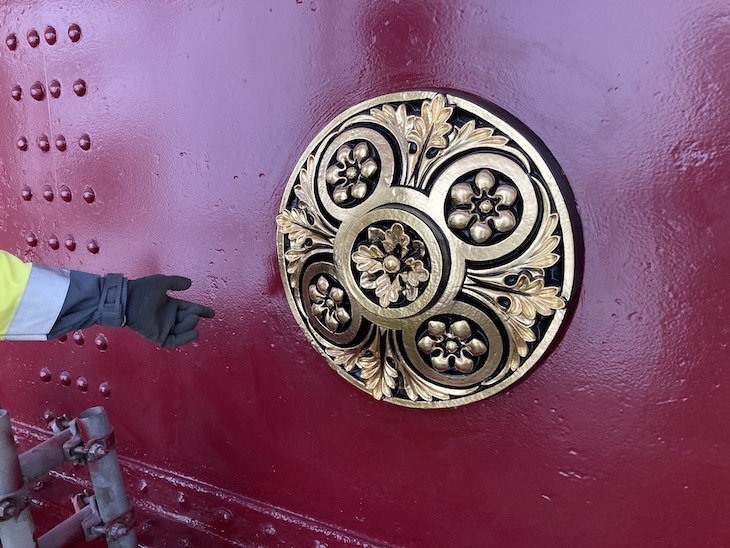 The scaffolding leads down to the tops of the arches, where I got a first look at the freshly painted span. The contrast with the old, faded metalwork is striking. The blood-red paintwork and gilded embellishments will truly stand out once the scaffolding is removed. 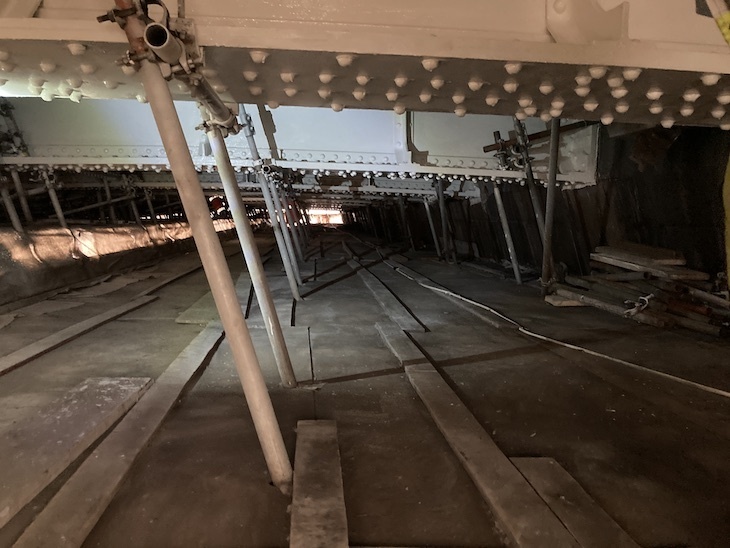 The vast underside of the bridge will also be completely repainted.

In a neat bit of joined-up daubing, the colours have been chosen to perfectly match those on the recently repainted Holborn Viaduct. The two structures share more than just a paint job. Both were opened by Queen Victoria on the same day, 6 November 1869. Blackfriars is now being coated in an identical fluoropolymer paint that shouldn’t fade with UV sunlight. Incidentally, the bridge was historically a grey-green colour and only went red in the early 1990s. 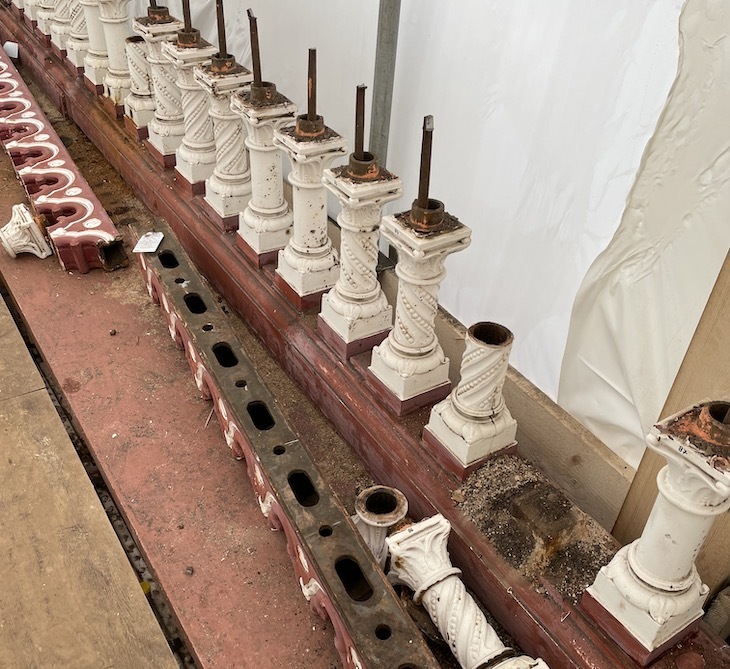 The other big job, besides the paintwork, is the restoration of the bridge’s balustrades. These run the full length of the bridge on both sides, and include some 1,200 balusters (the individual uprights that look a bit like chess pieces). Each one of these has to be disassembled, inspected and repainted — no easy task for cast iron components that have had decades to corrode into one another.

You’d think a bridge that has stood for over 150 years could hold no surprises. But during survey work, it was discovered that the 1,200 balusters come in nine decorative patterns, rather than the three that everyone assumed.

That simple overlooked detail caused a bit of a headache. Because the bridge is Grade II listed, its historic form must be protected, right down to the handedness of the spirals around each baluster. That meant creating moulds of the newly identified designs, and casting fresh balusters. 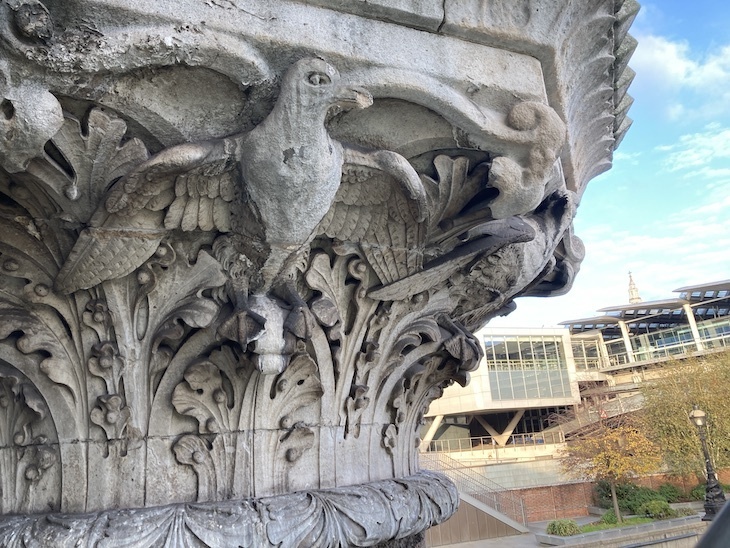 Much of the work was done at a foundry in Wolverhampton, meaning that large chunks of the bridge have enjoyed a return visit to the west Midlands. Unfortunately, for some pieces, it was a one-way trip. An estimated 500-600 of the balusters are cracked or corroded beyond repair. These have been replaced by newly cast twins. 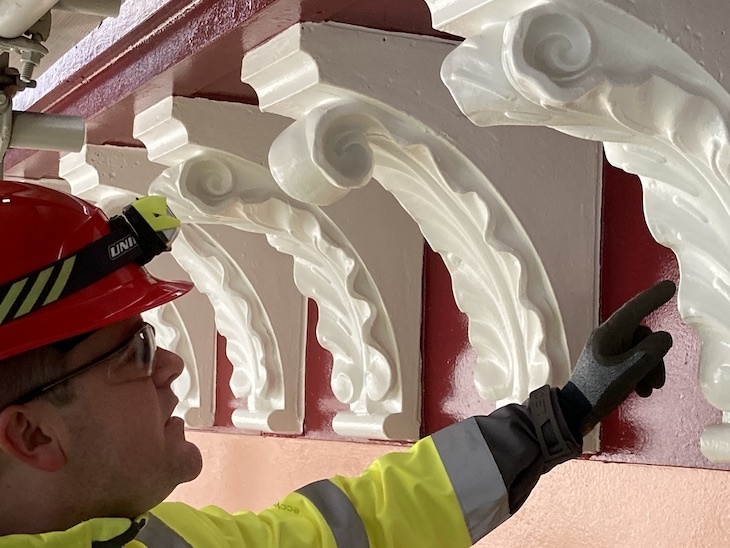 The project is estimated to cost almost £15 million. Happily, not a penny will come from the public purse. The bridge is owned and maintained by the ancient Bridge House Estates, who look after all the Thames spans in the City of London, and it is they who will foot the bill.

The finished result should be truly eye-catching, especially when the late evening sunlight glints off those golden roundels. The bridge will be safe and sightly for another generation. If nothing else, Londoners can enjoy a new tongue-twister when passing our peripatetic painted parapets. 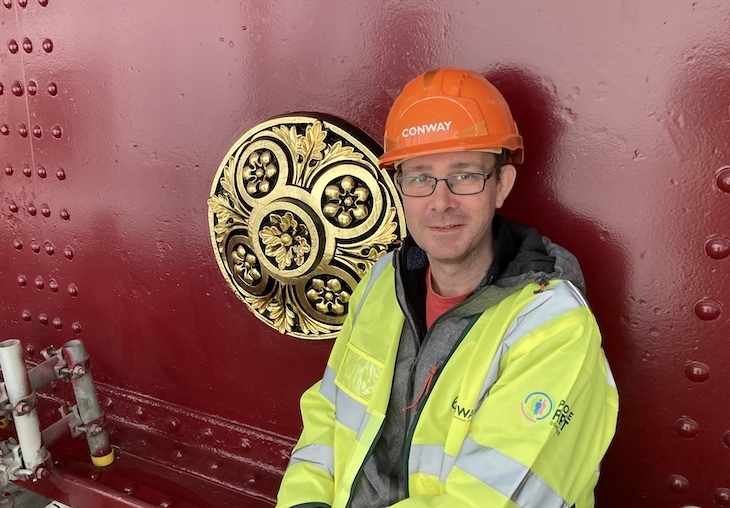 Your author, sat on the very edge of the bridge in front of a newly gilded embellishment

With thanks to FM Conway and the City of London Corporation for arranging the visit. All photos by the author unless otherwise stated.

How to Book a Cheap Cruise (and Know the Real Cost)

4 Best Christmas Destinations In Europe To Visit In 2022