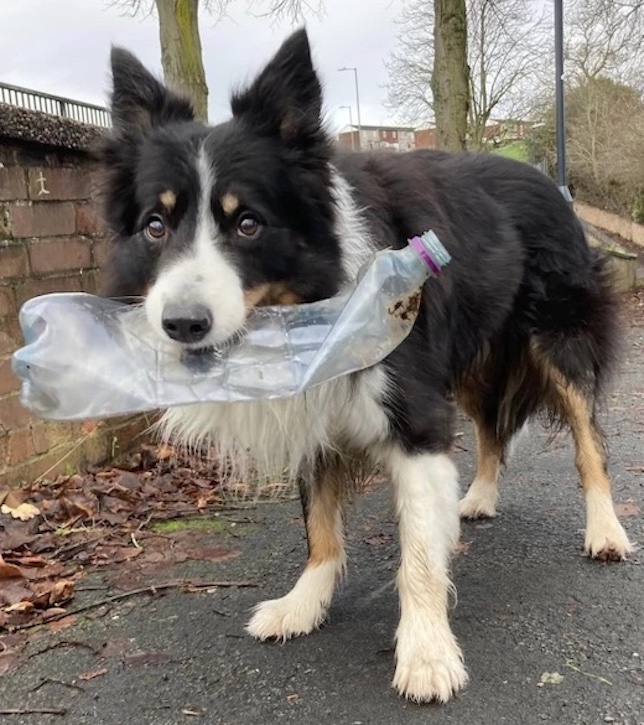 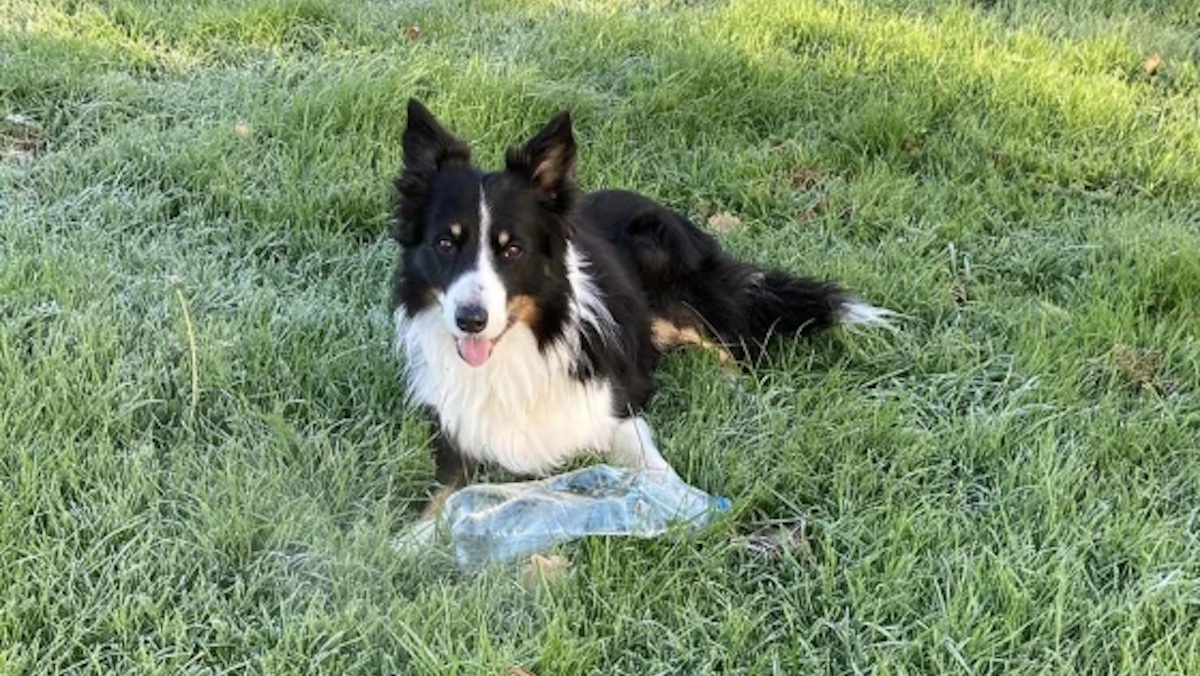 While most dogs go to the bathroom or stop to sniff at the nearest fire hydrant on their walks, one dog in England is using his to pick up recycling.

Scruff, 13, lives in the town of Nuneaton in central England with his humans Yvonne Faulkner-Grant and her husband, David Grant.

He has long enjoyed off-leash walks due to his mom’s dutiful training and used to participate in the more traditional stick fetching pastime until a vet recommended he stop to avoid getting scratched on the inside of his mouth as he got older.

But Scruff, ever the working dog, still wanted a task. So, he started collecting the plastic bottles he found along his route.

“This is a focus, a job for him,” Faulkner-Grant tells TODAY.com.

“He is a border collie, so he loves to retrieve and collect different things and stuff like that,” Grant adds.

The two said Scruff usually goes on two walks a day: one long walk in the morning, usually between three and four miles, then a shorter mile or so walk in the evening.

Initially, they let Scruff play with the bottles and then left them there, but soon decided to pick up the plastic.

“We felt guilty leaving them on the floor,” Grant says. “People might think that we’d dropped them ourselves.”

Faulkner-Grant says “there is a hell of a lot” of litter during their walks.

When they realized just how many bottles Scruff was picking up, they started keeping track and sharing their monthly report with the hashtag “#scruffsbottlepatrol” on Grant’s Facebook page.

Now, they try to document all of Scruff’s walks and plastic trophies with photos.

Grant says that they don’t pick up the bottles Scruff doesn’t see, even though it’s “quite hard to leave it.”

“We made the rule that he has to pick them up, otherwise it’s not really Scruff’s bottle patrol,” Grant says, noting that then it becomes Scruff and his humans’ bottle patrol.

“We were just so curious (to see) how many he could collect,” Grant says.

So far, they estimate the industrious pup has collected more than 1,000 bottles. They’ve stored all of them in the backyard and are excited to tally at the end of the year in a few weeks.

Scruff has averaged about four or five bottles every day, Grant says. In the month of November alone, he picked up 104.

Even though he’s 13, Scruff “looks absolutely fantastic,” Grant says, and he hopes the dog is setting a great example to other pups and humans alike.

“Hopefully it sends a good message out to other people around the world to just pick (litter) up and not leave it to animals to do it,” he says. “We wouldn’t be doing this if people did pick the litter up in the first place. So you know, we’ve all got to save the planet and look after it somehow.”

This story first appeared on TODAY.com. More from TODAY:

Brazil Prepares to Bury Pelé in City He Made Soccer Mecca

Sullivan: After snowstorm, Bills pull together and plow past Browns