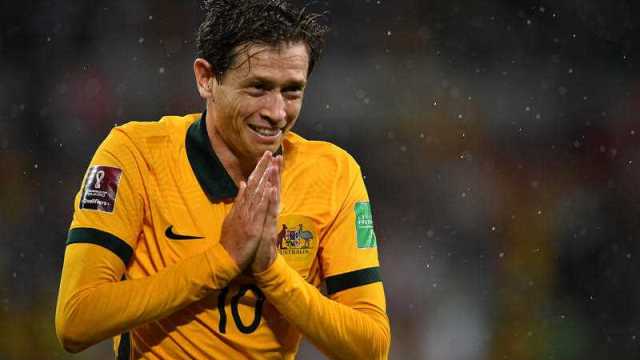 The Australian Professional Leagues will use the Socceroos’ World Cup performance in Qatar to push the government for funding for the A-Leagues’ academy programs.

According to data presented in an APL report to mark two years since their split with Football Australia, 65 per cent of the Socceroos squad were developed by A-League academies.

While it must be noted only a handful made their international debuts following the unbundling of the APL and Football Australia two years ago, a record eight members of Graham Arnold’s squad currently play in A-League Men.

Arnold, in the build-up to Australia’s group game win over Denmark, expressed “massive concerns” over the development of players in Australia despite A-League clubs sinking $45 million into academies over the last six years.

“What you’re seeing now is players who have been in the A-League system from a young age are coming to the fore,” Townsend told AAP.

“Seeing the players represent our country on the biggest stage is really pleasing for our clubs.

“But we can’t do that alone, we require support if we want the national team to improve from the round of 16 and go deeper into the tournament.

“We don’t have the luxury that other codes have in a multi-billion dollar TV deal.

“We need public-private partnerships to drive it forward. As a sport we need to do a better job to ensure football has a seat at the table which is commensurate with our standing.”

Match the quality of coaching in Europe

Those comments were echoed by Craig Goodwin, who told reporters on his return to Adelaide “the biggest thing that we can focus on is trying to match the training and the coaching and the quality of coaching that the European nations get”.

Townsend also said such investment was critical for the women’s game, where the Matildas have a golden chance of winning their first World Cup when next year’s tournament comes to Australia.

While Australia has enjoyed the luxury of being one of the stronger nations in the women’s game, there is increasing competition around the world.

“Every one of those Matildas came through the A-League Women and FA have played a big part in that,” Townsend added.

“We’ve been long-term investors in the women’s game (and) the rest of the world is starting to step up and take women’s football seriously.

“We want to help the Matildas to be a force for a long time to come but again, that can’t just sit with the APL or the FA.”