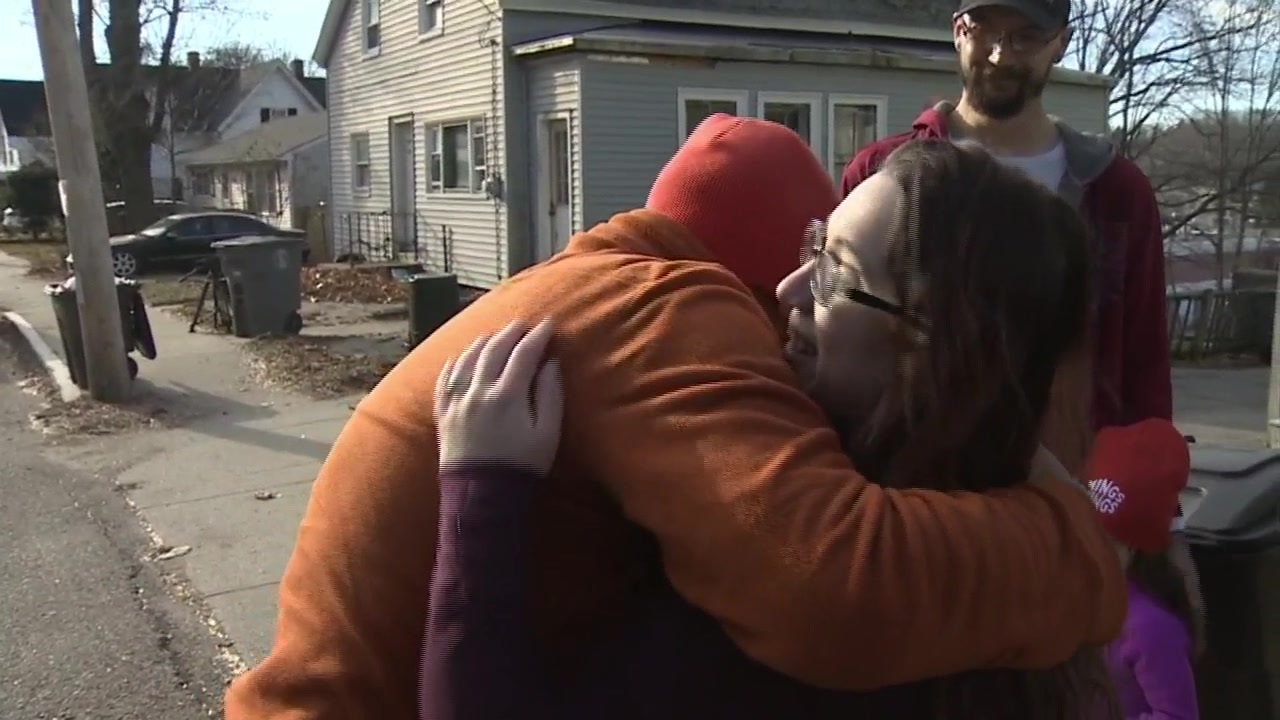 A local celebrity chef has been delivering meals on wheels to local families strained by hardships.

Chef Ming Tsai has been teaming up with the non-profit, Family Reach, to surprise local families with meals, gifts and essentials ahead of Thanksgiving as part of his Bing Dong Dine campaign.

One of the households he surprised this week was a family in Gardner that has been experiencing a tough battle with cancer. 3-year-old Bradley was diagnosed with brain cancer last year and, according to his mother, Kara, the financial strain had been taking a toll until Family Reach stepped in.

“It saved us – we were very overwhelmed with everything going on with (Bradley), so having Family Reach pay our rent was a huge, huge thing off our shoulders,” Kara said on Monday.

The cause is close to the chef’s heart as his wife had a cancer diagnosis five years ago. For Tsai, visiting families like the Garretson’s means a lot to him.

“For me, to be able to see Bradley and see the impact that I literally had on this family – I’m the one that thanks Family Reach,” Tsai said. “I thank Bradley’s family for letting me have this opportunity because it fulfills me and completes why I’m on this planet, honestly.”

The founder of Mings Bings said the group is trying to raise $500,000 before the end of the year as part of the “Hope for the Holidays” campaign with Family Reach.

Tsai has been working with Family Reach since 2012. In that time, he has reportedly helped raise more than $10 million for the foundation.

Those who are interested in donating to the “Hope for the Holidays” campaign can do so here.