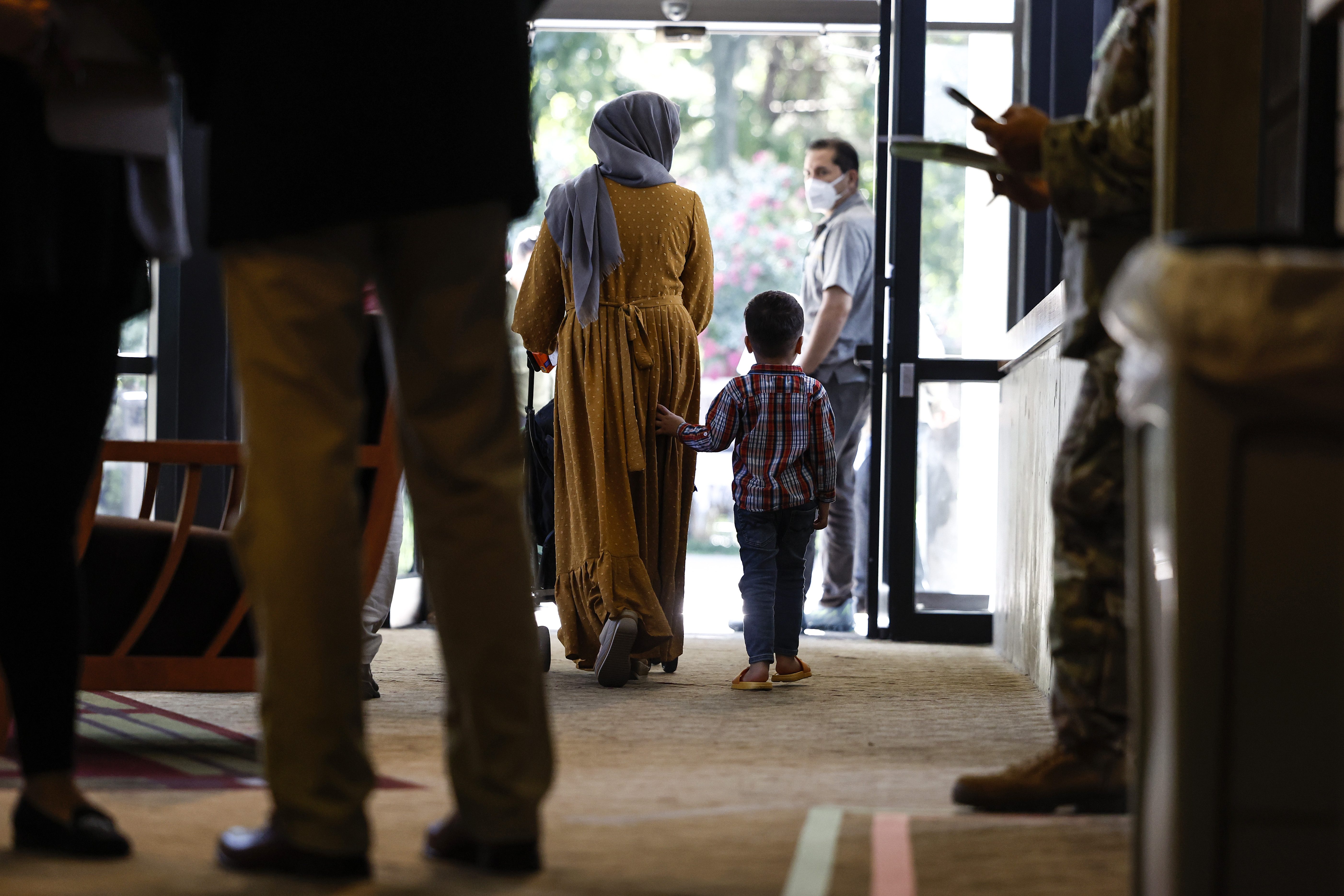 Although the omnibus
package of bills to fund the government expands the number of special immigrant
visas to Afghan allies still trapped in Afghanistan, it does not address the
plight faced by tens of thousands of Afghan evacuees settled in the United States: They do not
currently have a pathway to permanent residency, and their eligibility to
remain in the country expires in August 2023.

Veterans’ groups and human rights organizations
had been hoping that the Afghan Adjustment Act would be included in the omnibus. The bipartisan bill would have provided additional
vetting for Afghans already in the U.S.—a priority for Republicans—and then
offered a path to permanent residency. However, the bill was dropped from the
omnibus that was released Monday night, in large part due to opposition from
GOP Senator Chuck Grassley, who worried that vetting requirements were
insufficiently stringent. When I asked Senator Chris Coons of Delaware on
Tuesday why the measure had been dropped from the omnibus,  he succinctly replied: “Ask Chuck Grassley.”
Coons had spearheaded the effort to pass the legislation in the Senate.

“I’m hopeful that in
the next Congress, we can take this up and move it quickly,” Coons told
reporters on Tuesday. “I am hearing from Afghans in Delaware regularly that
this harms their ability to find employment, find housing, get access to health
care, [and] really fully engage in life in the United States. And I think we’re
at risk of not honoring those who served alongside us for 20 years.”

Advocates are
pressing for the Afghan Adjustment Act to be added to the omnibus as an
amendment, but it’s unclear if that could receive sufficient support from
Republicans. Meanwhile on Tuesday the Taliban announced
that all women are now banned from attending universities in Afghanistan.

The Pro-Life Defeat in Kansas