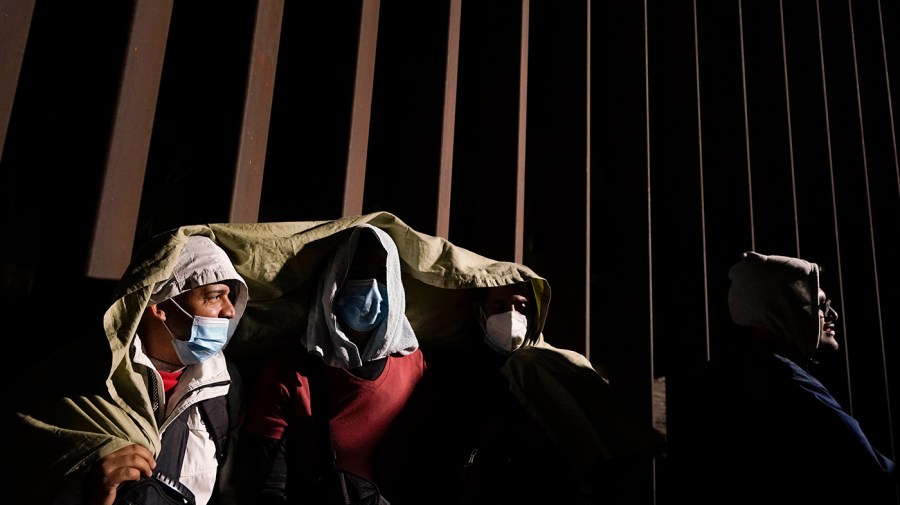 Conservative states are looking to force a series of quick decisions on Title 42, teeing up litigation that, if successful, could leave in place for more than a year the policy that allows the country to turn away asylum-seekers.

A group of nearly 20 GOP-led states are moving to intervene in a case, hoping to challenge a decision from a federal judge who struck down Title 42 after determining the government failed to consider less drastic measures when implementing a major shift in immigration policy amid the pandemic.

The states’ effort to angle their way into the suit is accompanied by a request to halt the lifting of Title 42 and a pledge to appeal to the Supreme Court, as the policy is set to terminate just days before Christmas.

“The stakes in these cases over the next few weeks are enormous and will determine whether Title 42 remains in place for months and possibly more than a year,” said Lee Gelernt, a lawyer for the American Civil Liberties Union (ACLU) and the lead counsel in the Title 42 litigation that resulted in the recent court decision blocking it.

But it’s been further embraced by the administration of President Biden, which recently moved to expand the policy to migrants from Venezuela.

The Department of Homeland Security (DHS) now finds itself in the midst of competing Title 42 lawsuits as it seeks a way forward.

An original lawsuit from states led by Louisiana challenged an April decision from the Biden administration to lift Title 42. That suit led to an injunction that kept the policy in place.

DHS is now appealing both rulings — a move in line with a Biden administration that has waffled on how to deal with Title 42 and criticism from the left and right on its border policies.

Advocates on the left have criticized the decision to challenge Sullivan’s ruling, arguing it gave the administration political cover to scrap what they see as a cruel policy that contravenes asylum law and turns away those in need of protection.

“Once the D.C. District Court came out saying they needed to end Title 42, I thought they were going to point to that court order to appease the political left crowd. ‘We’re going to do this because we have to and you can be happy we’re getting rid of Title 42, which you wanted to do from Day One’ while being able to say to moderates, ‘We didn’t want to do it, but we had to do it,’” said César Cuauhtémoc García Hernández, an immigration law expert and professor at Ohio State University.

“Appealing it, I don’t know what political benefit they get,” he added.

The political right is also criticizing the Biden administration.

They go on to accuse DHS of “exploiting calculated surrender to eliminate unwanted rules.”

The case is now before the D.C. Circuit Court of Appeals, where all parties are asking for a ruling by Friday.

If the battle escalates to the Supreme Court and it grants the states’ request, Title 42 could remain in place for months while the lower court litigation continues.

DHS notified the courts that the Centers for Disease Control and Prevention (CDC) plans to issue new rulemaking on Title 42, something it hopes will nullify the need for litigation in the cases from both the ACLU and Louisiana.

But critics see the action of appealing both rulings — one keeping Title 42 in place, the other terminating it — as a protection of executive power from an administration that wants the ability to use the policy when it suits its needs.

“It’s a mess, it’s a litigation mess; and DHS really does find itself in a perplexing situation,” said García Hernández.

But it makes more sense, he said, when you think of the Biden administration as “invested in the power of the presidency.” Court wins in the cases would protect the administration’s ability both to roll out and unwind the policy without going through the rulemaking process dictated by the Administrative Procedures Act.

“They want to be able to turn the switch on and off, and they don’t want anyone else to be telling them that,” García Hernández said, whether it be the courts or the states.

The effort to protect the policy comes as the administration faces a steady wave of migration from the south — one that has become a constant feature of attacks from a GOP that claims the border is in crisis.

“The administration recognizes that Title 42 is no longer justified by public health but is unfortunately still defending CDC’s actions so it potentially can invoke Title 42 in the future,” Gelernt said.

The competing litigation stances come as “the administration is trying to thread a bunch of legal and political needles,” he said.

“There’s no doubt that the administration is allowing politics to interfere with restoring the asylum system the Trump administration decimated,” Gelernt added.

In Congress, lawmakers who have pushed for an end to Title 42 have become exasperated by the litigation from an agency that says it wants to end the policy but needs time to prepare for its lifting.

“They’ve been preparing for some time. I think that’s my frustration is that we’ve known about the end but it doesn’t sound like they’re ready yet. I mean, this has been happening for months now. Even though they were in court, they should have been getting ready. That’s my concern,” Rep. Nanette Diaz Barragán (D-Calif.) said Tuesday.

On the same day another group of lawmakers, including two conservative Democrats, wrote to Biden urging him “to do everything within your power to extend the Centers for Disease Control and Prevention (CDC’s) Title 42 order beyond the looming December 21st deadline until Congress can act.”

For its part, DHS is fighting the states’ sprint to intervene before Title 42’s lifting, arguing they lack standing to join the case.

But the department also took a jab at their effort to join a case just days before the policy is set to end.

“[The] government’s decision not to seek a stay pending appeal does not justify [states] eleventh-hour effort to intervene,” the government wrote in its brief. “It should have been obvious … for months that the government might not seek a stay given CDC’s Termination Order.”

Clarksville mother indicted for murder after son starved to death

Retail sales up 1% in June as shoppers show resilience