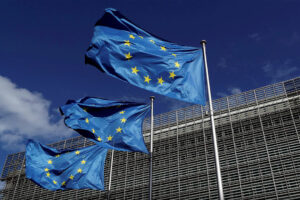 THE PHILIPPINES must enter into a free trade agreement (FTA) with the European Union (EU) within a two-year window or become the last of three major markets in Southeast Asia deemed priorities by the EU, according to the European Chamber of Commerce of the Philippines (ECCP).

“The timeline here is critical,” ECCP President Lars Wittig told BusinessWorld in a video call. “I believe in order for the EU to succeed here in the Philippines, and for the Philippines to succeed with inclusive growth, the EU and the Philippines must ensure a free trade agreement (FTA) within the next 24 months.”

He said of the other regional markets deemed important by the EU, Vietnam signed an FTA in 2020 while Indonesia is expected to do so by 2024.

“I would consider it a disaster… if Indonesia managed to get to the Free Trade Agreement level with the EU before the Philippines,” Mr. Wittig said.

During a meeting on the sidelines of the Association of Southeast Asian Nations-European Union (ASEAN-EU) Commemorative Summit in Belgium, President Ferdinand R. Marcos, Jr. cited the Philippines’ interest in resuming negotiations for an FTA with the EU, as well as the renewal of the country’s participation in the EU’s Generalized Scheme of Preferences Plus (GSP+), according to a statement released by the Office of the Press Secretary last week.

“The Philippines remains interested and therefore ready to work toward the resumption of negotiations of the Philippine-EU FTA,” Trade Secretary Alfredo E. Pascual said during a presentation to the EU Parliament Committee on International Trade in Brussels in October.

“A 2020 study shows that 83% of German companies want to resume FTA negotiations, citing huge potential for EU companies, with the FTA positively affecting competitiveness,” he added.

Mr. Marcos said that while the Philippines awaits the resumption of FTA negotiations, “we remain committed to maintaining our EU GSP+ beneficiary status, serving as a stepping-stone towards this FTA.”

Negotiations on the EU-Philippines FTA began in 2016 but have been on pause since 2017.

European Commission President Ursula Von der Leyen said the GSP+ “would open the door for a much easier start into going into free trade agreement negotiations.”

Mr. Wittig said that in the meantime, it was essential for investors and the economy that the Philippines maintain and expand the GSP+.

“It should not be a secret that for me, personally, it really is a destination and objective, a key to success for both EU and the Philippines and the inclusive growth here that we expand on the GSP+ until we can finally get a free trade agreement with the EU,” he said.

According to the Philippine Foreign Service Institute, GSP+ is a preferential trade arrangement that allows for the duty-free entry of 6,274 Philippine products into Europe. This constitutes 66% of all EU tariff lines.

This means that Philippine goods can enter the European market at a lower price, making them more competitive.

“You don’t have to convince Europeans to go all the way to the Philippines. That’s not the challenge here. They know they need Southeast Asia, they already have ASEAN on top of their list, say towards the Philippines, Indonesia, or Vietnam,” Mr. Wittig said.

“Vietnam is today’s number one competitor, but I see all their advantages appear(ing) two, three years ago. I see those being diluted if not eliminated relative to our offerings here in the Philippines,” he added.

He said the large domestic market is deemed attractive. “If you crack the code in the Philippines, this will become one of your largest, best markets, not just in Asia but globally.”

Mr. Witting said only a small number of Western executives are aware of this.

“They think if you are going to be successful in Asia, you must succeed in Japan, China. India. They do not realize that the Philippines is actually… kicking ass in business performance and serving their shareholders, whichever stock market they’re listed on, back in the Western world,” he said.