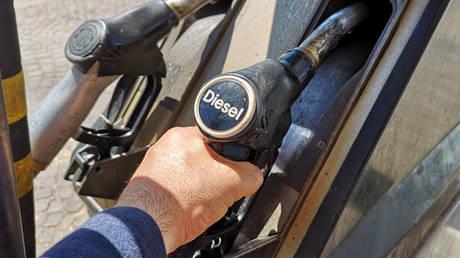 The oil-products embargo begins in less than three months and the bloc lacks alternative sources, the news outlet reports

European traders are boosting purchases of Russian diesel ahead of the EU embargo on the country’s oil products, which comes into force in February, Reuters reported on Monday, citing cargo tracker Vortexa.

According to the report, Russian diesel shipments headed to the Amsterdam-Rotterdam-Antwerp (ARA) storage region surged to 215,000 barrels per day from November 1 to November 12. It is a 126% increase from October, according to Pamela Munger, Vortexa senior market analyst.

Moreover, according to Refinitiv data, so far in November Russian diesel made up 44% of the bloc’s imports of the fuel, against 39% last month. This means that Russia remains the region’s largest diesel supplier, despite the fact that overall imports of Russian fuels to the EU dropped significantly over the past months due to Ukraine-related sanctions.

The EU embargo on Russian oil comes into force next month, while the ban on petroleum products will take effect on February 5. Analysts warn it will be difficult for the region to find alternative sources for diesel once this happens, as they are scarce and more costly, while Europe’s domestic diesel production falls short of the region’s consumption.

“The EU will have to secure around 500,000 to 600,000 barrels per day of diesel to replace the Russian volumes; replacements will come from the US as well as east of Suez, primarily the Middle East and India,” Eugene Lindell, market analyst at energy consultancy FGE, told Reuters.