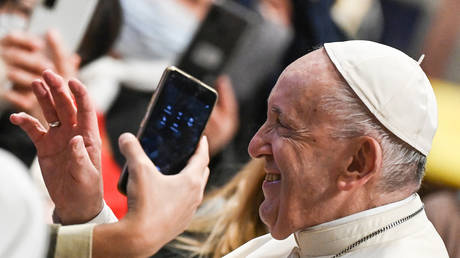 A former high-ranking cardinal on trial for abuse of office and misuse of church funds secretly recorded a sensitive phone call with Pope Francis, a Vatican court heard on Thursday.

According to several news outlets, the conversation, which was taped by Giovanni Angelo Becciu and played during the trial, dealt with spending the Vatican’s money on the release of a nun captured in Africa.

Once a close adviser to the pope, the Italian-born Becciu was sacked and stripped of his cardinal privileges in 2020 amidst a controversy over the loss-making purchase of a luxury apartment block in London.

Becciu has held several top positions in the Vatican, where he oversaw donations and the canonization of saints. He is among ten people currently charged with financial crimes, including funneling church money through offshore funds and companies. He denies any wrongdoing.

The defendant recorded the call with the pope in July 2021, when Francis was still recovering from major intestinal surgery, the court was told. Becciu asked the pope to confirm a ransom payment for the release of a Colombian nun who had been kidnapped by Al-Qaeda-linked militants in Mali.

“Did you or not give me the authorization to start the operations to free the nun?” Becciu asked during the call, as quoted by AFP. The pope was said to have responded that he “vaguely” remembered but asked Becciu to put his request in writing.

The nun named Gloria Cecilia Narvaez Argoti was abducted in 2017 and freed in October 2021. Becciu testified in May that Francis signed off on spending up to $1 million on the release of Argoti.

Libero Milone, an auditor formerly hired by the Vatican to examine its finances, sued the church this month for pressuring him to resign in 2017 over accusations of embezzlement and spying. Milone, together with Ferruccio Pinocco, a fellow auditor dismissed around the same time, alleged that the Vatican tarnished their reputations. Milone told the New York Times he believes the evidence used against him was planted by Becciu.