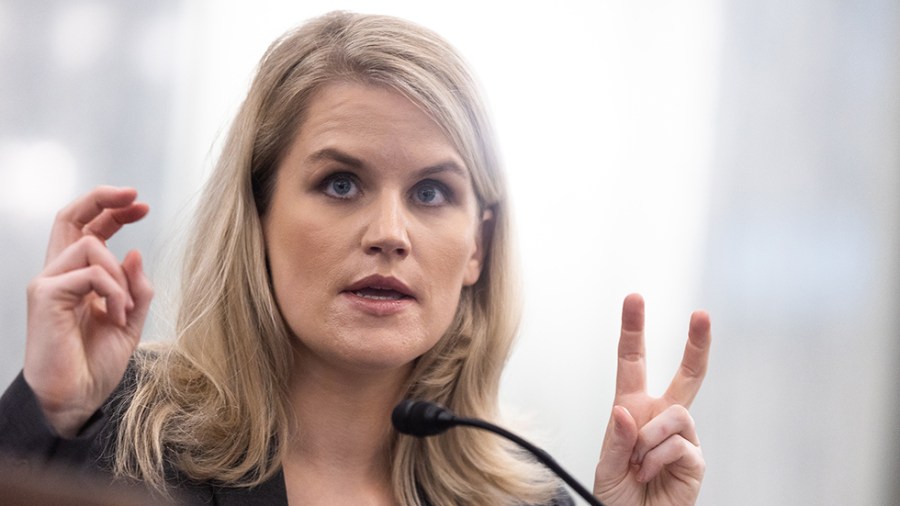 Frances Haugen, who became known as the Facebook whistleblower after she released thousands of documents about the platform’s content moderation policies and algorithm, said the company is not “committed” to civic integrity.

Haugen said on NBC’s “Meet the Press” that Facebook is more concerned with its stock prices and profit margins than public safety. She said she was initially optimistic about the company’s plans when she was hired as part of its civic integrity unit, which she said was one of the best in the industry.

But she said she realized Facebook was not serious when it dissolved the unit after the 2020 presidential election.

“When Facebook dissolved civic integrity, I saw that they weren’t willing to make that commitment anymore,” she said.

Haugen released thousands of internal documents from Facebook in 2021 about the company’s algorithm and its response to misinformation on the platform. She testified before Congress in October of that year that Facebook is prioritizing profits over its users’ safety.

She also alleged in complaints filed to the Securities and Exchange Commission that Facebook misled investors about its efforts to stop the spread of misinformation about COVID-19 and climate change.

Haugen said Facebook’s stock price declined by more than 5 percent compared to Nasdaq overwhelmingly when something demonstrated that the company needed to spend more on public safety.

Haugen said a problem exists in that social media companies are so sensitive to growth that growing at a lower level than what the stock market expects causes their stock prices to drop. She said this causes them to be afraid to take even small actions toward safety because it could decrease the profit margins.

She said social media platforms allow “invisible” lies to be spread because of the algorithm, unlike with television or radio and that such companies need to become much more transparent.

Freeview Tv: Exactly What Is Freeview and How Can You Use It

The future of work in the tech industry