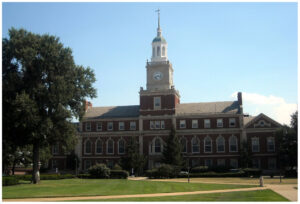 The Federal Bureau of Investigation announced a juvenile was responsible for making dozens of racist threats to HBCUs, according to The Washington Post. The minor is accused of making bomb threats to more than 50 historically Black colleges and universities nationwide.

FBI Director Christopher Wray told the House Committee on Homeland Security on Nov. 15 that the Bureau worked with state prosecutors to charge the accused, who is a minor.

“We’ve recently — with respect to the first big tranche of the threats — the investigation has identified an underage, a juvenile subject.”

“And because of the federal limitations on charging juveniles with federal crimes, we have worked with state prosecutors to ensure that that individual is charged under various other state offenses, which will ensure some level of restrictions and monitoring and disruption of his criminal behavior.”

The majority of the bomb threats occurred in January and February of this year. The caller claimed that bombs were hidden on campus and also claimed to have active shooters on the campuses targeted.

The FBI noted that while no evidence was found of actual shooters or bombs, the intensity and number of threats were of concern. Eighteen HBCUs were forced to close or sweep their campuses after receiving bomb threats on the first day of Black History Month, Feb. 1.

A senior FBI official noted that they originally thought multiple juveniles were responsible for the racist threats but later learned it was one individual.

Senior vice president for public policy and government affairs at the United Negro College Fund, Lodriguez Murray, said it took the FBI much too long to bring charges against the accused minor.

“We’re pleased that the FBI has brought someone to justice,” Murray said.

“This does not make up for the terror that has been caused on our campuses and the impacts on our students’ operations, classes and most importantly mental health.”

Deputy director of the FBI Paul Abbate called the threats “serious and despicable acts” and said considerable resources were being used to hold the accused responsible.

“I promise you, we will continue to devote whatever is required and needed,” said Abbate.

During a conference call held on Nov. 14, the FBI told HBCU reporters and journalists about the racist threats. The Biden Administration is investigating the racist threats as a hate crime and announced that the US Department of Education would grant up to $150,000 to the HBCUs targeted for mental health support and security upgrades.