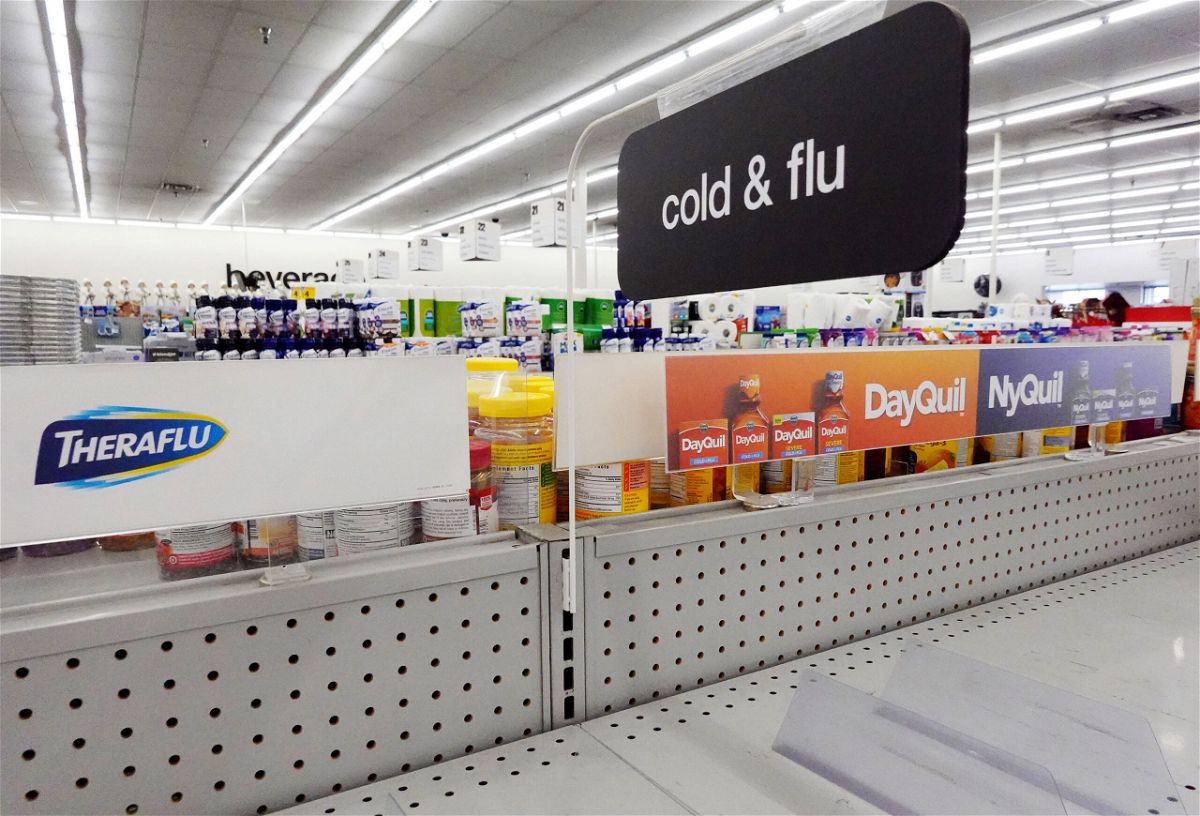 Seasonal flu activity remains high in the United States but continued to decline in most areas last week, leading up to Christmas, according to data published Friday by the US Centers for Disease Control and Prevention. The numbers do not include flu activity from after the holiday.

The CDC estimates that as of last week, there have been at least 20 million illnesses, 210,000 hospitalizations and 13,000 deaths from flu this season.

Among visits to a health care provider last week, 6.1% were for respiratory illness.

The cumulative hospitalization rate was more than four times higher than it has been at this point in the season in more than a decade.

The number of hospital admissions for flu decreased nationally for the third week in a row. Nearly 19,000 patients were admitted to hospitals with influenza last week, down from a season high of more than 26,000 new admissions in the week after Thanksgiving.

Among children, 14 deaths were reported last week for a total of 61 this season.

“An annual flu vaccine is the best way to protect against flu. Vaccination helps prevent infection and can also prevent serious outcomes in people who get vaccinated but still get sick with flu,” CDC researchers wrote in their weekly flu report Friday.

“CDC continues to recommend that everyone ages 6 months and older get an annual flu vaccine as long as flu activity continues.”

Among the states with the highest level of activity is New Mexico, where the US Department of Health and Human Services sent a team from the National Disaster Medical System to the University of New Mexico Children’s Hospital on Friday, “providing much needed support to an overwhelmed emergency department.”

HHS Secretary Xavier Becerra sent a letter to US governors in early December outlining the federal resources that were available amid a surge of respiratory illnesses.

The 14-person team deployed to the hospital “consists of medical professionals from across the country who are activated as intermittent federal employees, including: a team leader, an administrative specialist, a medical officer, a nurse practitioner, four registered nurses, four paramedics and two respiratory therapists. The team will directly help UNM Hospital’s staffing challenges, allowing existing staff some much needed relief and filling gaps in pediatric patient care,” HHS said in a statement.

Dr. Anna Duran, the hospital’s associate chief medical officer, said in the statement that “The arrival of the NDMS team couldn’t come at a better time. Our staff have been working very hard to provide the highest level of care to the sickest children in our state. But our staff are tired, many of them missed the holidays with their families, and they desperately need this help.”

Flu surged after Thanksgiving, with more than a third of all flu hospitalizations and deaths at the time this season being reported in the first full week of data post-Thanksgiving, and cases jumped nearly as much.

As health officials brace for a possible surge in respiratory viruses in the coming weeks, it might not be just flu, Covid-19 and RSV that sicken people, said Dr. Georges Benjamin, executive director of the American Public Health Association.

“We’re focusing on those three, but there are others out there: the common cold and others,” Benjamin told CNN this week.

Overall, “we should expect more respiratory diseases,” he said. “The best way to reduce your risk is of course to get fully vaccinated for those that which we have a vaccine, so influenza and Covid, with the new bivalent version, are the two most important right now.”

Benjamin added that it also remains important to wash your hands often, wear a mask during holiday travels and stay home when sick.