FRANCE continue their defence of their World Cup crown when they face Denmark.

Les Bleus won the 2018 tournament in Russia and are hoping to make it a double in Qatar.

Didier Deschamps’ men stormed to an opening-day win but face a much-tougher test in their second match.

France face Denmark knowing a win – or possibly even a draw – would book their spot in the last 16.

The Danes were tipped as dark horses for the tournament, but stuttered to a draw in their first game.

SunSport takes a look at what to expect from the big game… including the all-important scoreline prediction.

How are they getting on?

France: Pretty well, it must be said.

Having gone a goal down against Australia, the champions roared back to win 4-1 with Adrien Rabiot, Olivier Giroud (two) and Kylian Mbappe all finding the back of the net.

Denmark: It could be worse, but you would have expected more.

The Danes came into the tournament full of confidence but limped to a 0-0 stalemate against Tunisia, piling the pressure onto them ahead of this stern test.

OUR TIME HAS COME

HOW TO GET FREE BETS ON THE WORLD CUP 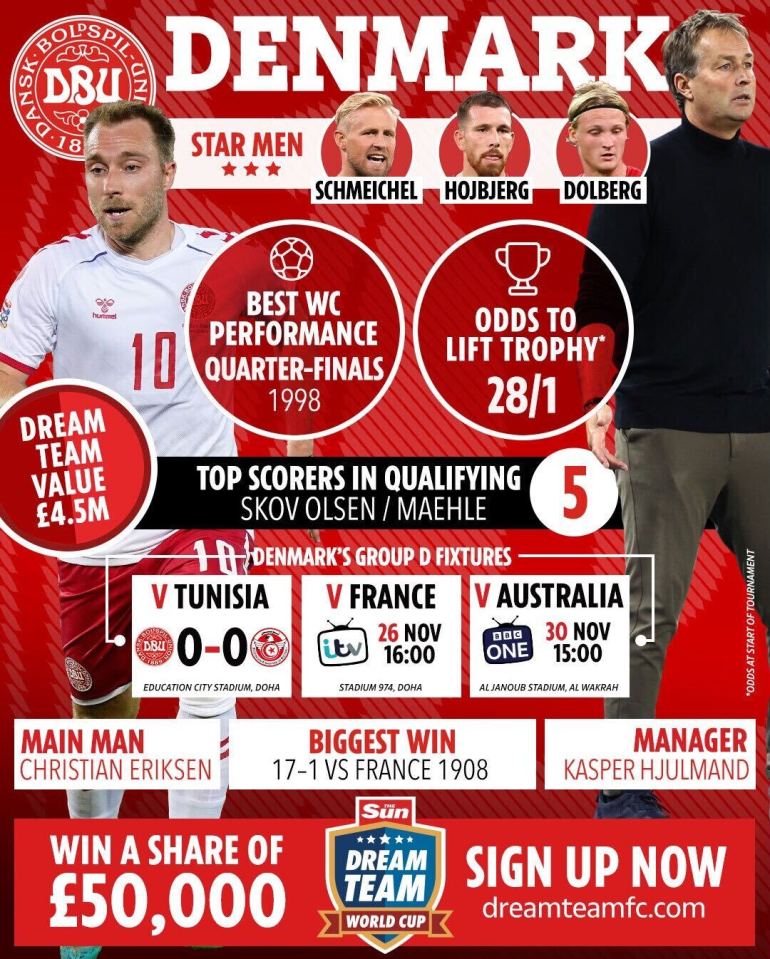 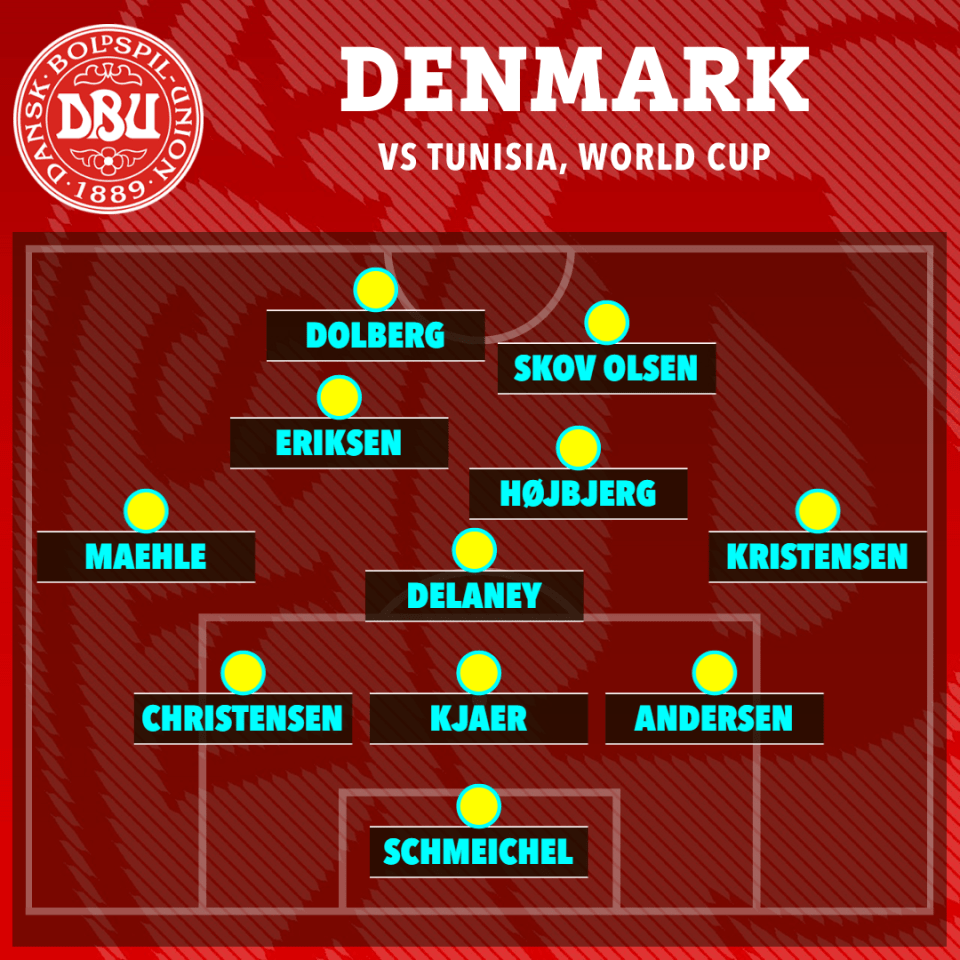 Any injuries to worry about?

France: Oh yes… plenty of them too.

The French came into the tournament with a squad decimated by injuries, including key striker Karim Benzema, as well as midfielders Paul Pogba and N’Golo Kante, to name a few.

So seeing Lucas Hernandez ruled out of the World Cup with an ACL rupture just 16 minutes into the win over Australia was less than ideal.

Denmark: Worryingly for them, they too have injury concerns.

Thomas Delaney was forced off during the draw with Tunisia and has also been ruled out of the tournament.

Who will be the star men?

France: It has to be that man Kylian Mbappe.

But Mbappe is the bright spark, the man who makes the French really tick and anything good will likely start – or perhaps end – with him.

He also scored in the big win over the Socceroos.

Denmark: Christian Eriksen is back at a major tournament just 18 months after his horror cardiac arrest at Euro 2020.

He wasn’t quite at his best against Tunisia, but the Manchester United star is their playmaker extraordinaire and will look to pull the strings in the middle of the park.

Read More on The Sun

The two nations have played each other 16 teams, with France edging the record with eight wins to go with six losses and two draws.

However, Denmark hold the momentum having won BOTH of their Nations League matches – in June and September – this year.

They drew 0-0 in the final match of the group stages at Russia 2018 as both teams reached the knockout rounds and France went on to win the tournament.

Celtics hold on for 116-110 win over Clippers, extend winning streak to four games