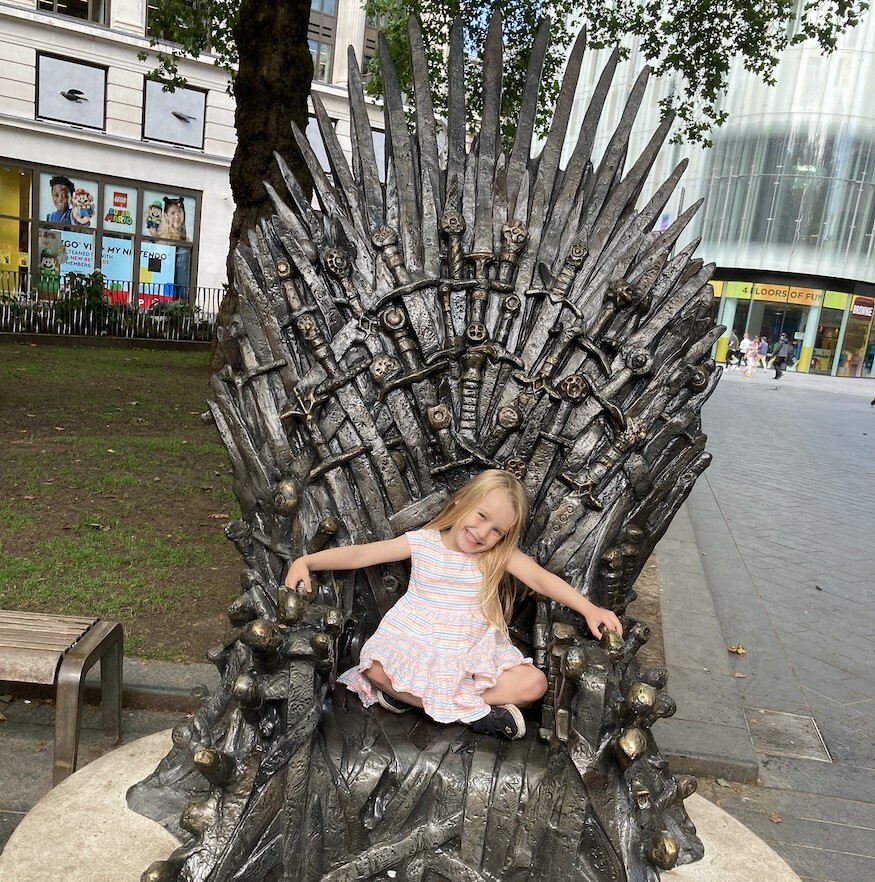 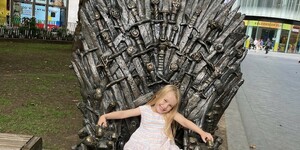 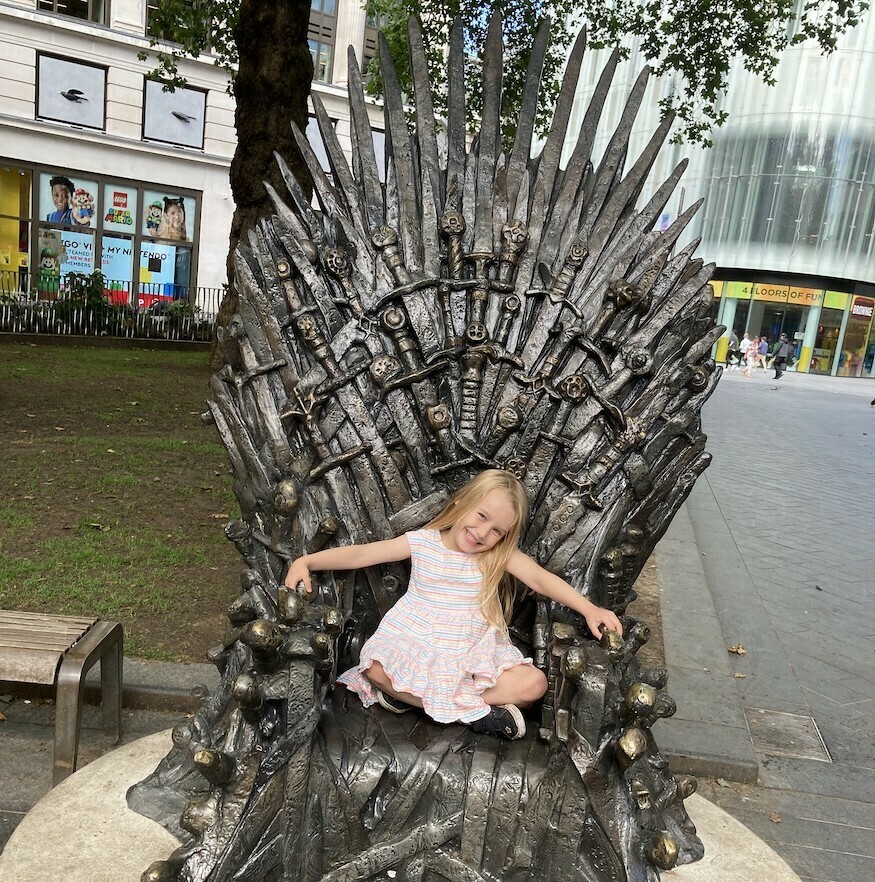 A replica of the Iron Throne in Leicester Square in 2021. Now it’s coming to the Tower. Image Londonist.

Game of Thrones fans have a chance to sit in the Iron Throne, ahead of a new TV series.

The iconic chair is touring the UK to stoke up PR for new prequel series House of the Dragon. The spiky prop will grace the East Drawbridge of the Tower of London on 8 and 9 August.

Unlike in Westeros, you won’t have to raise an army or poison any rivals to claim your place on the throne. All you need is a ticket and ID. Details on how to book tickets will be released on Sky & NOW social media channels at 9am on Friday 5 August. Be ready, as they’ll go quickly.

Although the press release describes this as a “a once-in-a-lifetime experience”, you could also revisit the chair a second or third time, as it’ll be in Leicester Square on 15 August and White City on 20-21 August (as well as Edinburgh and Cardiff). You may also recall that the throne could be idly approached in Leicester Square for the whole of last summer. But this is your one and only chance to park your buttocks on the throne at an historic royal palace.

House of the Dragon is on Sky and streaming service NOW in the UK and Ireland from 22 August.

Nigerians speak on reasons they do not go on vacation