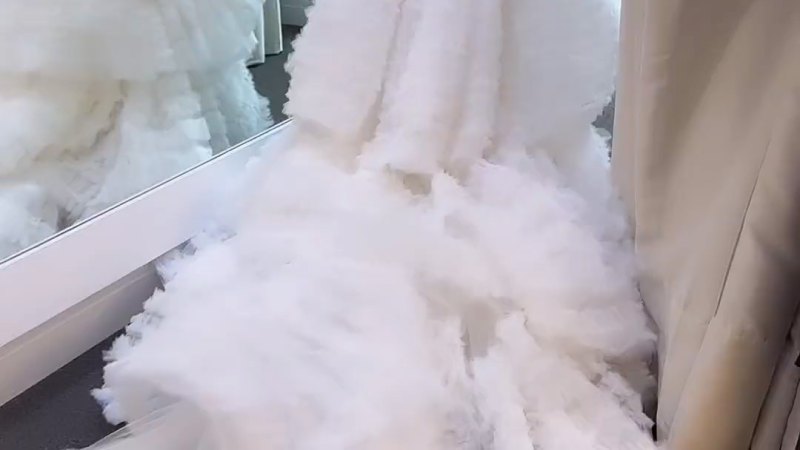 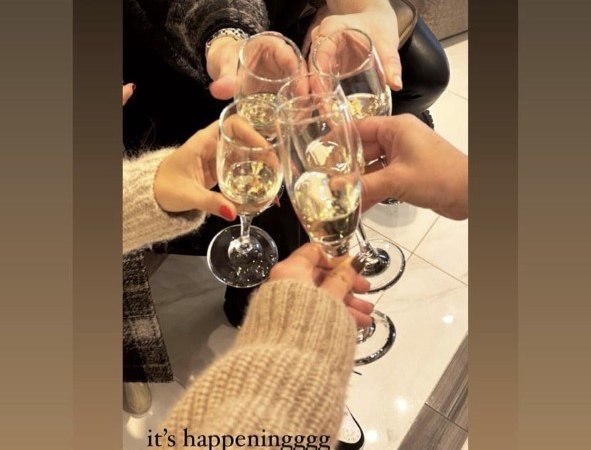 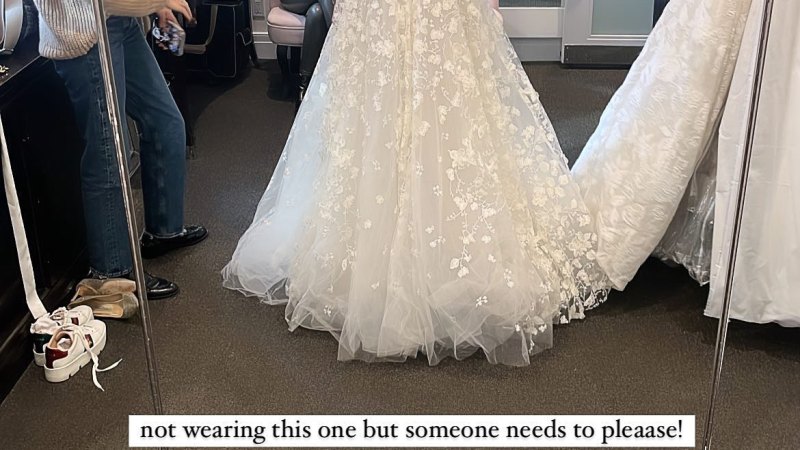 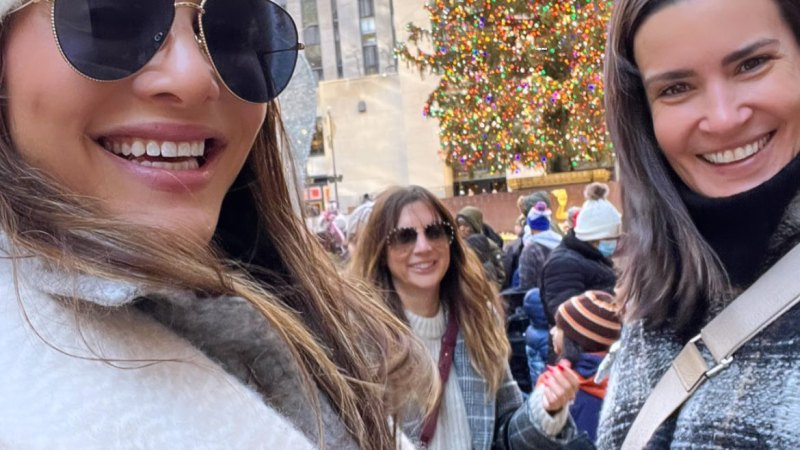 Say yes to the dress! Former Bachelorette Andi Dorfman had a blast while trying on wedding gowns for her upcoming nuptials to fiancé Blaine Hart — but that doesn’t mean the shopping experience wasn’t exhausting.

“Longest day ever, but it was great y’all,” Dorfman, 35, said in a video via her Instagram Stories on Tuesday, December 20, after she finished a day perusing garments with her BFFs. “Nothing I showed you is what we’re picking, but it was fabulous stuff. We had the best stuff, truly.”

The Georgia native spent the day in New York City with her closest pals in search of the perfect dress for her big day. Dorfman took to social media to share the exciting adventure with her fans and show off a few beautiful pieces from various designers.

“@markingramatelier you are the most beautiful human inside and out and @liza.lieberman.style the best stylist in the entire world!” the former reality star gushed via her Instagram Story while donning a shoulder-less white number with cascading flowers embroidered down the front. “The gown shopping has been a tad overwhelming and the way you pull it all together with ease is

Dorfman also tried on a multi-layered tulle ensemble as a second possible option. “It had to be tried on

,” she captioned one video of herself in the ivory frock. In a second clip, the ABC personality fell to the floor after trying to carry the heavy getup, writing, “The most expensive mattress in the world

To avoid being overwhelmed during the fun-filled day of dress-up, Dorfman and her girl gang alleviated stress the best way they could: by toasting with some bubbly.

“How we got through 7 hours of dress shopping today,” the Bachelor Nation star captioned a snap of herself and her besties clicking their glasses together before heading to the airport with her 36-year-old fiancé.

Dorfman and Hart were first linked in fall 2021 when the lawyer teased that she was in a serious relationship.

“I’ve always, obviously, been kind of coy with relationships having done the show and had that exposure and it just being a big deal kind of blowing up in my face,“ Dorfman exclusively told Us Weekly in February 2022, two months after she revealed Hart’s identity. “I just met someone that I wanted everyone to know about. It sounds cliché, but [I wanted to] shout from the rooftops. I was like, ‘I want everyone to know how happy I am in love and I think the response is great because I didn’t know what the response would be.’”

While the pair became Instagram official on New Years Eve in December 2021, they initially met 15 years prior via a mutual friend. They reconnected in Italy during summer 2021.

I think we have a great chemistry, a good connection,” the commercial real estate professional gushed to Us in February 2022 of his love. “She’s very smart, also very funny, keeps me laughing … The list is long, but the humor is at the top.”

One month later, he proposed on the beach in Los Angeles. Hart made the sunset extra special when he popped the question with a 5-carat, radiant-cut diamond with a halo and split shank, designed by jeweler Sabri Guven, who worked on Dorfman’s mother’s engagement ring 40 years earlier.

Prior to her romance with the South Carolina native, Dorfman appeared on season 18 of The Bachelor in 2014. After she dumped Juan Pablo Galavis during the fantasy suite dates, she was named the season 10 Bachelorette. During her time on the show, she picked Josh Murray over runner-up Nick Viall, but the pair called off quits after eight months together.

Anne Hathaway, dressed like her ‘The Devil Wears Prada” character, sits next to Anna Wintour at NYFW