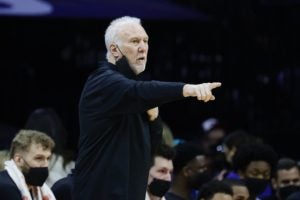 Hope springs eternal at the start of training camp for most NBA teams as fans dream of a league championship. But veteran coach Gregg Popovich has a message for San Antonio Spurs supporters — and would-be bettors. “I probably shouldn’t say this, but I’ll say it anyway, what the hell,” Popovich said at media day. […]

Listing all the record-breaking trading cards, jerseys and other sports collectibles