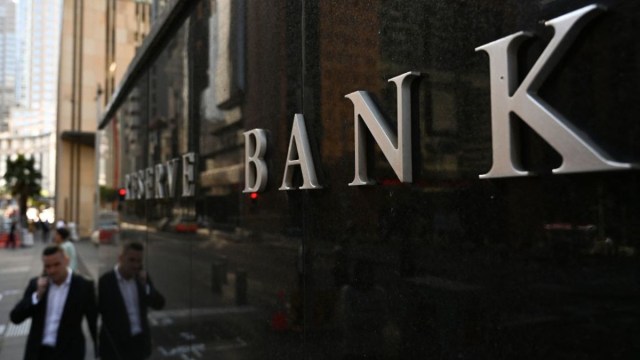 The Reserve Bank has delivered a Christmas hit to Australians, raising interest rates for the eighth time in as many months and warning more pain is coming as the battle to curb soaring inflation moves into 2023.

At its final meeting of the year on Tuesday, the RBA raised the official cash rate target 0.25 percentage points to 3.10 per cent – a decade high.

A homeowner paying off a typical 25-year $500,000 mortgage will soon paying about $834 a month than they were in May after the latest hike.

Such a monumental squeeze on households is unprecedented, but RBA governor Philip Lowe said it continued to be necessary to curb rapidly rising inflation.

“There has been a substantial cumulative increase in interest rates since May. This has been necessary to ensure that the current period of high inflation is only temporary,” Dr Lowe said in a statement on Tuesday.

“High inflation damages our economy and makes life more difficult for people. The board’s priority is to re-establish low inflation and return inflation to the 2-3 per cent range over time.”

The RBA was widely expected to push through another 0.25 percentage point rate hike on Tuesday after higher than expected inflation over the September quarter dashed hope of a Christmas reprieve for Australians.

Headline inflation rose at 7.3 per cent in annual terms, while underlying inflation – which is watched closely by the RBA board – was 6.1 per cent.

Both were far higher than the central bank’s 2-3 per cent target band, which on the latest RBA forecasts will not be achieved in 2023 or 2024.

The RBA is attempting to cool quell inflation by squeezing households, which should reduce their demand for goods and services and make it harder for firms to pass on further price increases without losing sales.

Treasurer Jim Chalmers said on Tuesday that the effect of eight rate hikes in a row was yet to be fully felt across the Australian economy.

“These interest rate rises are already having harsh and heavy consequences on a lot of household budgets,” he said.

“The full impact of these interest rate rises from our own independent central bank are obviously still to be felt. And the magnitude of that impact and the timing of that impact is still in many ways uncertain.”

“Further hikes are likely until next year until inflation is under control or genuine cracks begin to appear across the Australian economy,” he said.

“Nevertheless, the pace of policy tightening should slow next year.”

The December rate hike is more bad news for homeowners, particularly those who purchased property during COVID when rates were nailed to the floor at 0.1 per cent.

Under prudential regulations banks were required to test the ability of these borrowers to afford their repayments if rates rose up to 3 per cent.

They have now risen by that much since May, though major banks have said most families are managing to keep up with rising mortgage bills.

One reason for that is the abnormally high rates of households that fixed their home loans during the pandemic.

However, as CoreLogic Australia head of research Eliza Owen explains, that also means many families could now experience “sticker shock” as their fixed rates revert to much higher market interest rates overnight.

“Assuming the November and December increases to the cash rate are passed on in full, this could take average new variable rates to 5.08 per cent,” she said.

“For those rolling off of low fixed-term rates, an average variable rate of 5.08 per cent may create a ‘sticker shock’, noting average fixed-term rates of three years or less bottomed out at 1.95 per cent for owner occupiers.”

Tuesday’s RBA board meeting will be the last of 2022, the bank’s board will return to make its next interest rate decision on February 7, 2023.