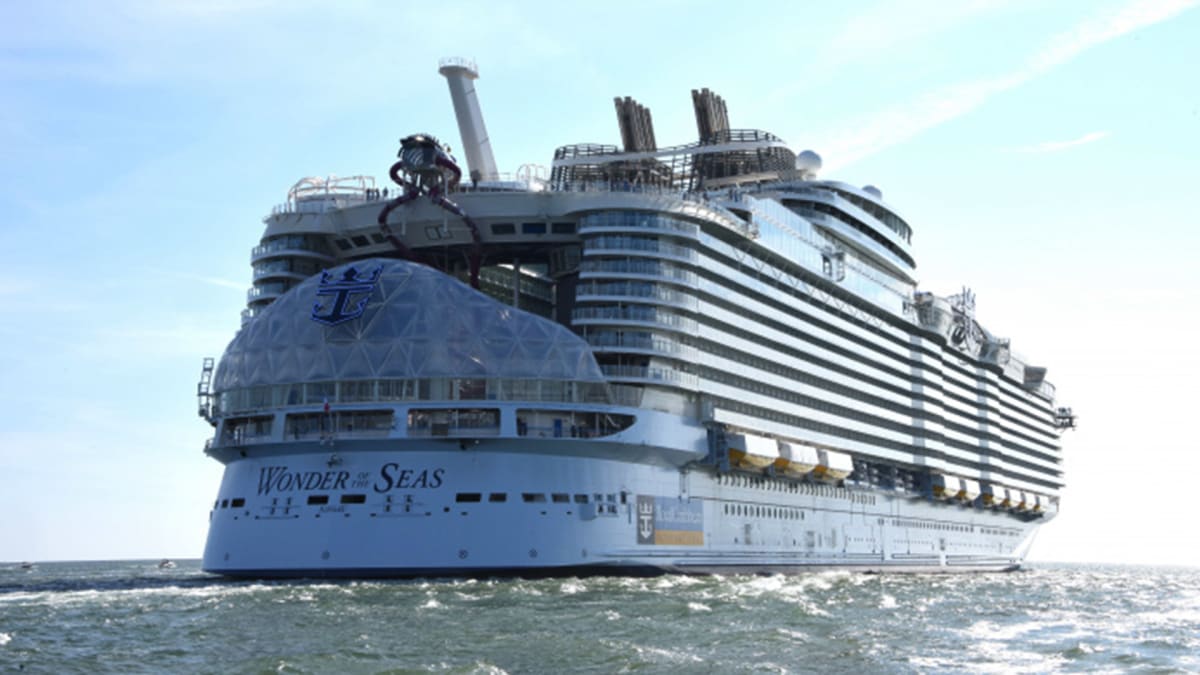 This issue has also impacted Carnival, Norwegian, and likely all, or at least most, cruise lines.

Royal Caribbean Group (RCL) – Get Free Report and Carnival Cruise Line (CCL) – Get Free Report have faced staffing issues since the pandemic began. Part of that can be blamed on logistics. It's not easy to staff dozens of ships that had been operating with skeleton crews after a roughly 18-month shutdown at a time when acquiring visas for workers has taken longer than usual.

In addition, the industry lost some workers to other fields during the pandemic. Most crew members come from outside the United States, with the Philippines and Ukraine being major sources of cruise line workers. Obviously, the unlawful Russian occupation of Ukraine has impacted the ability of cruise lines to source workers from that country (because able-bodied men are not allowed to leave the country), but Royal Caribbean and Carnival have other problems.

I sail about once a month and have built friendships with a lot of Royal Caribbean employees, from waiters, bartenders, and entertainers to the people who swab the pool deck — pretty much every class of non-officer working onboard. In normal times, cruise ship life is hard with tight living conditions, long days, limited time off, and long months away from home.

The early days of the pandemic compounded those problems as crews faced mandatory quarantines, no shore leave, strict mask-wearing rules, and, in some cases, extended contracts that kept them away from home longer. And while those added restrictions have largely been relaxed, some crew members have opted out of returning while others are being pushed to their breaking point due to ships being short-staffed.

Royal Caribbean has stepped up its recruitment efforts to fill those holes (as has Carnival) but that's only a piece of the problem. If the cruise line (or Carnival) wants to solve its staffing problems in 2023, it needs to focus on crew retention — and that means placing an added focus on the happiness of its crew.

Crew Happiness Is About More Than Money

For the most part, aside from top officers and certain very specialized positions, people who work on cruise ships do not make much money (at least by American standards). Many are part of the tip pool and Royal Caribbean did recently raise its daily per-passenger gratuity (Carnival did as well) which does give crew members a slight raise in pay.

Across-the-board raises, at least meaningful ones, are not likely given the state of the industry, but Royal Caribbean can increase crew retention by focusing on ship life and making it better for the crew. This obviously requires some investment, but little things can go a long way when it comes to retaining workers.

Why does retention matter? First, working on a cruise ship has a high learning curve so it's broadly better to retain crew than to bring new people into the system. Second, there's a clear financial benefit to retention over new hires.

“The average cost of losing an employee can cost thousands of dollars,” according to PeopleKeep.com. “Some studies predict that every time a business replaces a salaried employee, it costs 6 to 9 months’ salary on average.”

That number is generally lower for hourly workers and the actual cost to cruise lines may be higher on a percentage basis because of the unique demands of living on a cruise ship.

Cruise ships also have another powerful reason to increase retention. Passengers form bonds with favored waiters, bartenders, and other personnel. Some even keep in touch after they return to the real world and finding a crew member you know on a cruise from a past one is a very special treat that many cruisers really enjoy.

What Can Royal Caribbean Do to Retain More Workers?

It's important to note that while I've spoken with a lot of crew members on Royal Caribbean ships, they may not represent the full fleet, but a few recurring complaints came up often enough that they seem like easy fixes for the cruise line. Royal Caribbean has also involved crew in decisions about crew areas for its new Icon of the Seas (the first of its class) and management does seem to care deeply about the well-being of its staff.

That does not mean there aren't some areas that could be improved that would aid in retention:

This list isn't expansive or complete and Royal Caribbean may devote some resources to some of these issues. The company has, for example, made Whatsapp free to use for crew members to aid in onboard communication and help them keep in touch with loved ones and friends around the world.

Royal Caribbean (and Carnival) can make crew happier and keep workers coming back if they take some of the money spent on recruitment and invest it in retention. That's a triple win for the company, its crew, and its passengers.