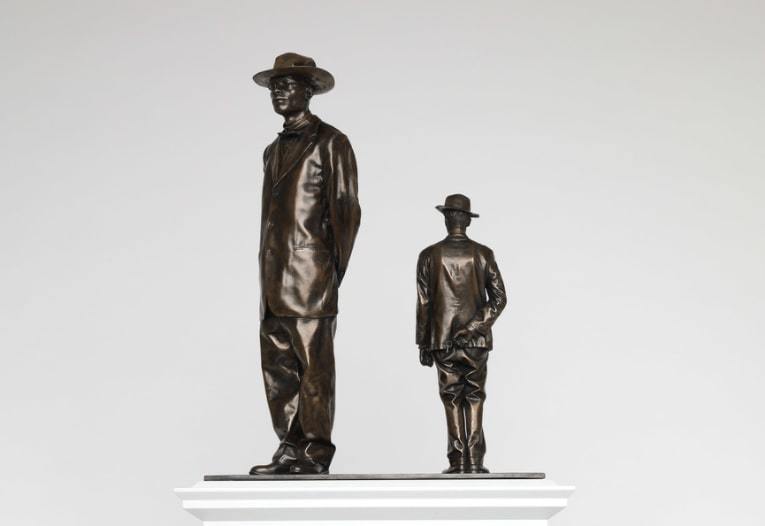 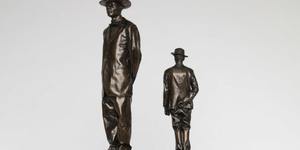 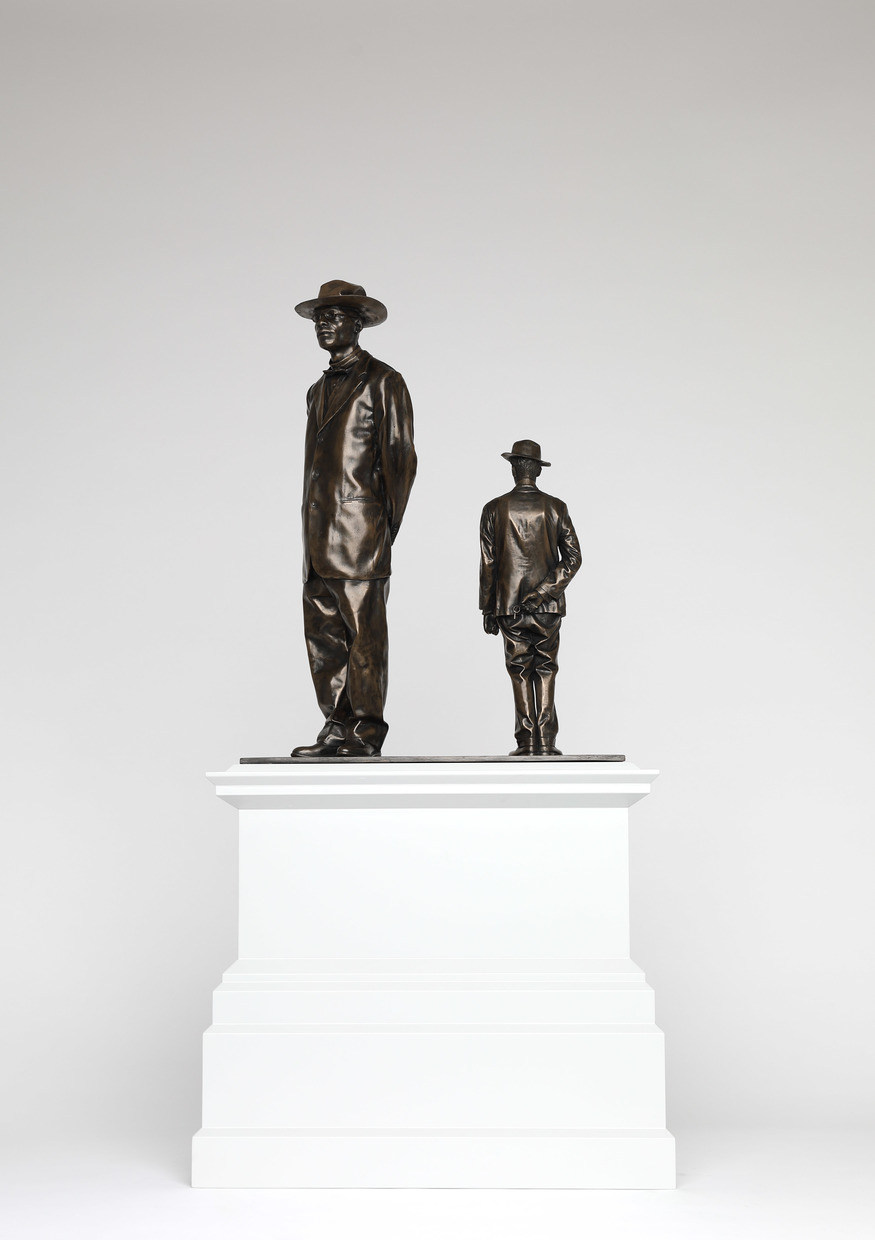 A sculpture that restages a 1914 photograph of a Baptist preacher and European missionary will adorn the Fourth Plinth in Trafalgar Square on 14 September 2022.

Antelope is the work of Malawi-born sculptor Samson Kambalu; it shows preacher and pan-Africanist John Chilembwe alongside his white friend John Chorley. Chilembwe’s figure wears a hat — something he did in a direct challenge to the British colonial rule, which forbade this in the presence of white people. Chilembwe — today a hero of independence in Malawi — is also depicted in the sculpture as larger than life; in doing so, say the Fourth Plinth judges, Kambalu “reveal[s] the hidden narratives of underrepresented peoples in the history of the British Empire in Africa and beyond.” 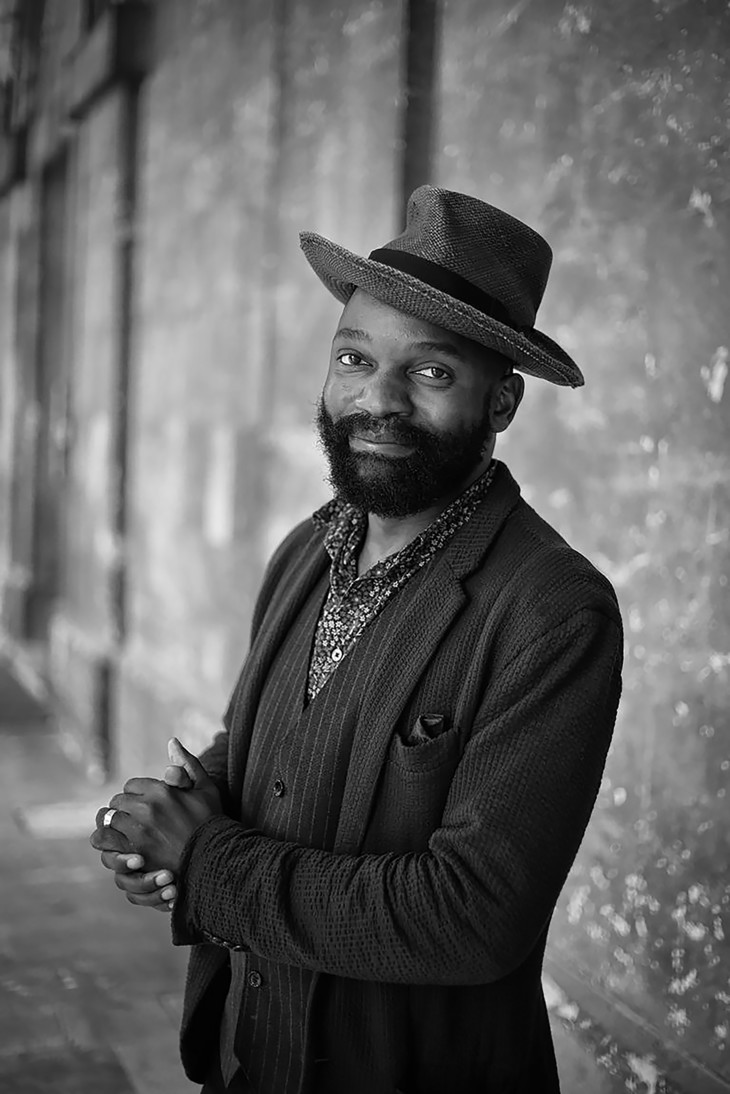 Samson Kambalu, creator of the next Fourth Plinth artwork

The sculpture was chosen by the Fourth Plinth Commissioning Group, after being shortlisted in a public vote in which almost 17,500 people took part.

Says Samson Kambalu: “Antelope on the Fourth Plinth was ever going to be a litmus test for how much I belong to British society as an African and a cosmopolitan. This commission fills me with excitement and joy.” 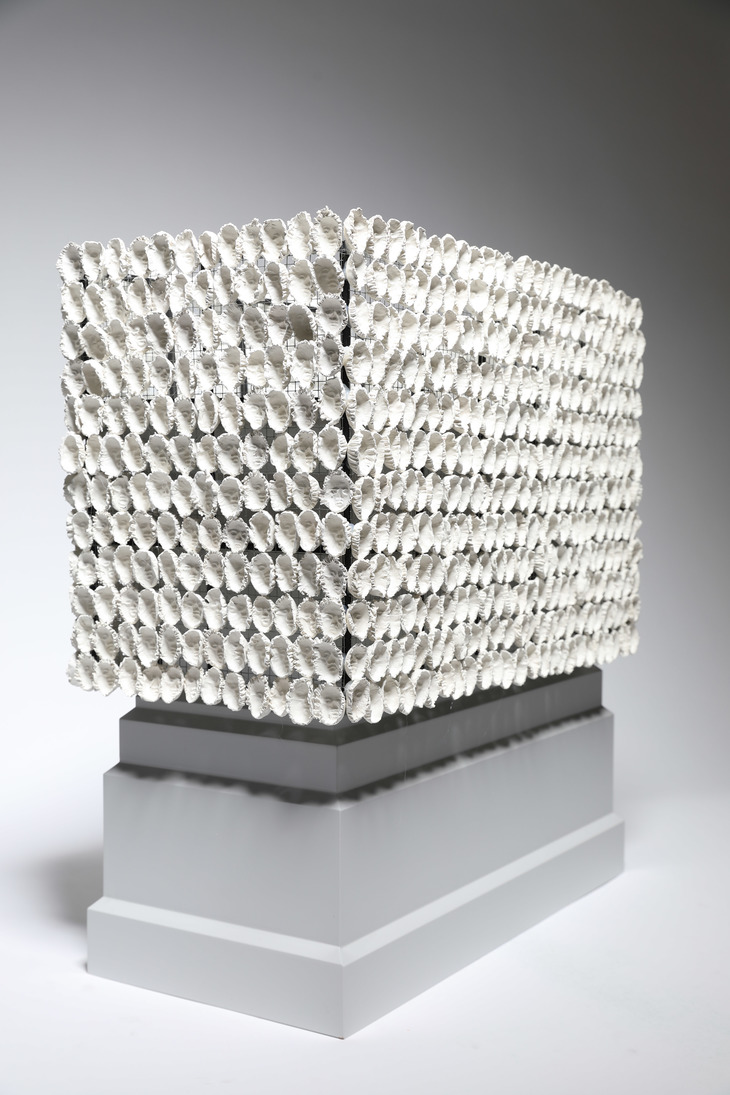 Kambalu’s work will be followed in 2024 by 850 Improntas (850 Imprint) by Teresa Margolles. ‘Life masks’ of the faces of 850 trans people appear in the artwork, put together in the form of a tzompantli — a skull rack from Mesoamerican civilisations.

Margolles, who was a mortician in Mexico City in the 90s, now works with often-marginalised trans communities, many unable to access social care. Her Fourth Plinth artwork is a demand that more attention is paid to these people, many of them sex workers. 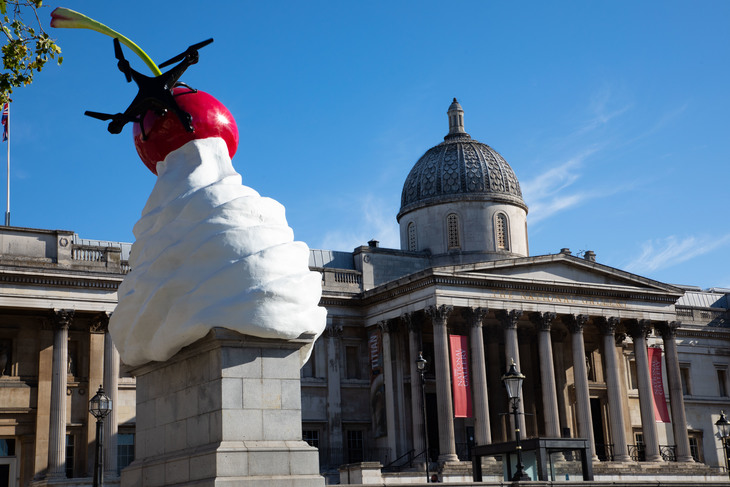 The End is sticking around until next year. Image © David Parry/PA.

The Mayor of London Sadiq Khan said of the two new commissions: “They will be shining a spotlight on important issues that our society continues to face, and I know they will spark debate and interest at home and abroad.”

As for Heather Phillips’ big dollop of cream with a cherry teetering on top of it? You’ve got until 15 August to see ‘The End’.

Google Arts & Culture has compiled a neat history of the Fourth Plinth, as have we.

These Party Islands in Greece Want to Change Their Image

How #Vanlifers Are Adjusting to Rising Gas Prices

‘Simply beautiful’: The most aesthetic UK city to visit this summer is ‘very peaceful’