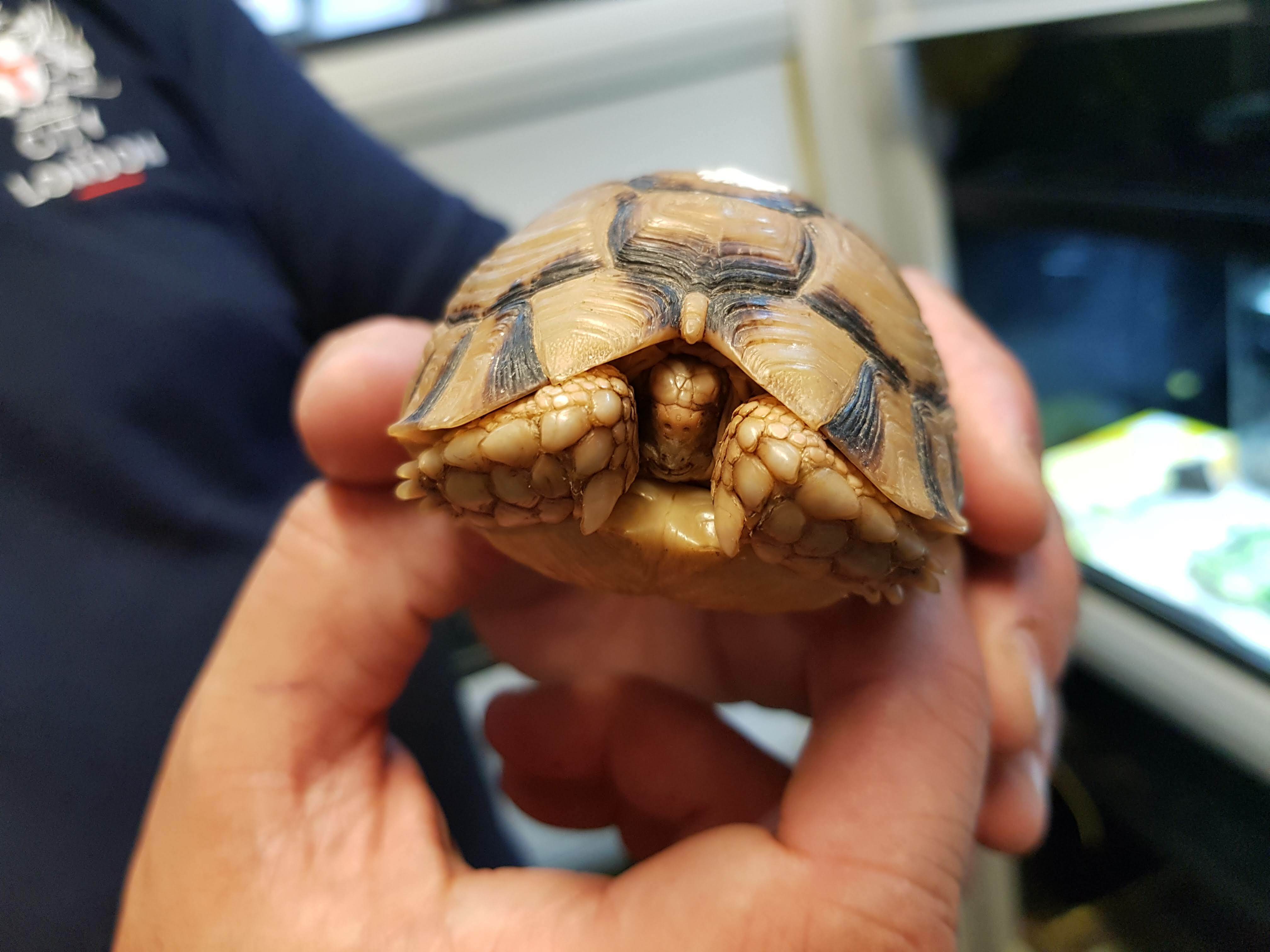 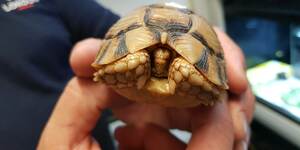 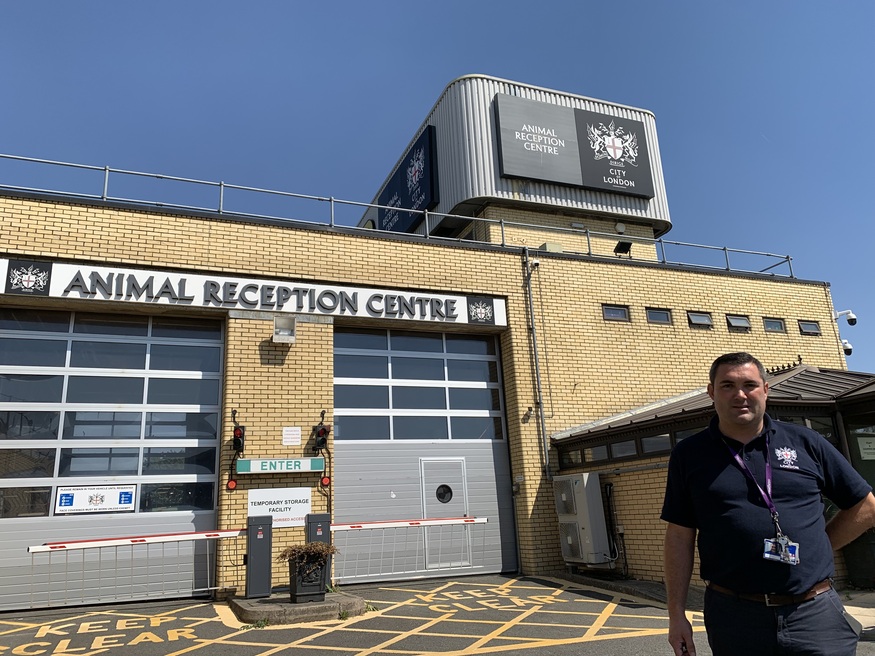 Heathrow’s very own Animal Ark. But this one doesn’t float and is looked after by deputy manager, Ross Hayes. Photo: City Of London Corporation/Tim Fletcher

Imagine you’re flying into Heathrow with your pet dog. In a matter of minutes you’ll be off the plane, but what about your beloved pooch? Or snake? Or Giant African land snails for that matter?

There’s no animal line in passport control, but there is the Heathrow Animal Reception Centre (HARC) situated just outside the southern perimeter of the airport, near Terminal 4.

Less biblical, more governmental, this particular ARC is a world leader in animal transportation and care, ensuring the highest standards in welfare for all who pass through its doors, whatever their species. 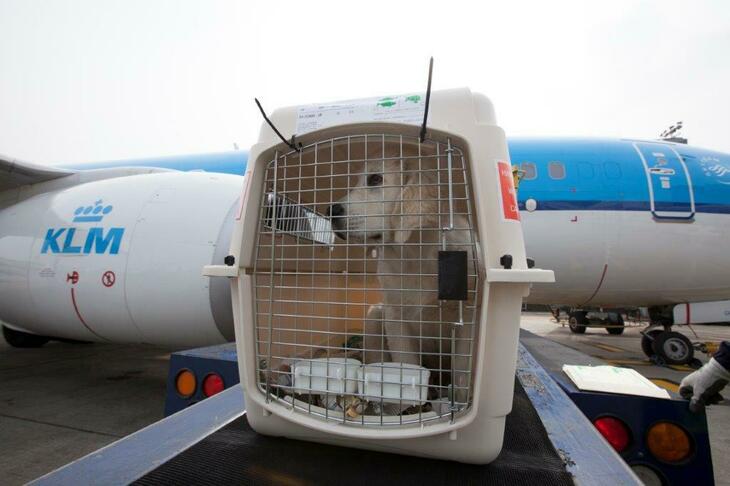 The centre ensure all animals entering the UK comply with legislation. Photo: City Of London Corporation

Forget Snakes on a Plane

“What you see in the movies is the biggest misconception,” says deputy manager Ross Hayes, explaining that the hold of a plane is actually very calm, and not what Snakes on a Plane might have you believe. 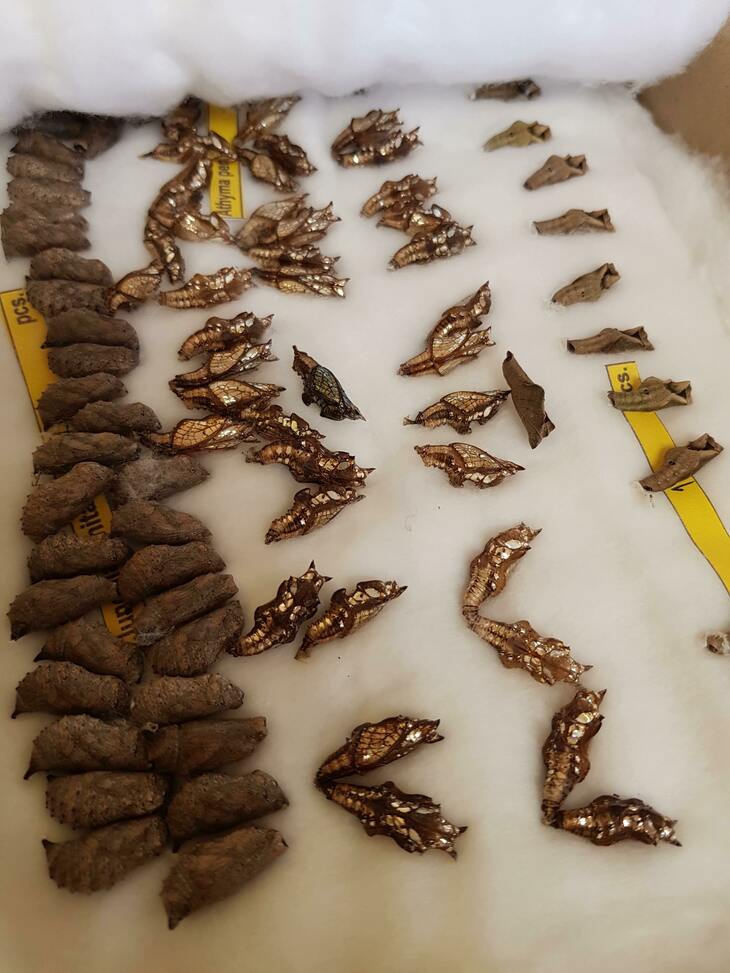 Ever wondered where the exotic butterflies in a butterfly house come from? Well they come through the ARC. Photo: Charlotte Maughan Jones

So, to paraphrase an old Sunday School song: who built the HARC?

Up until the mid-1970s, all animals stayed in the RSPCA Animal Hostel after disembarking from flights. Then, new rabies control legislation was brought into force, and in response, the City of London Corporation — which is now responsible for animal health and welfare for the whole of Greater London — established HARC to protect public health and uphold these new legislative changes. By 1977, the hostel was closed entirely, and HARC became the go-to destination for animals travelling into the UK via Heathrow. 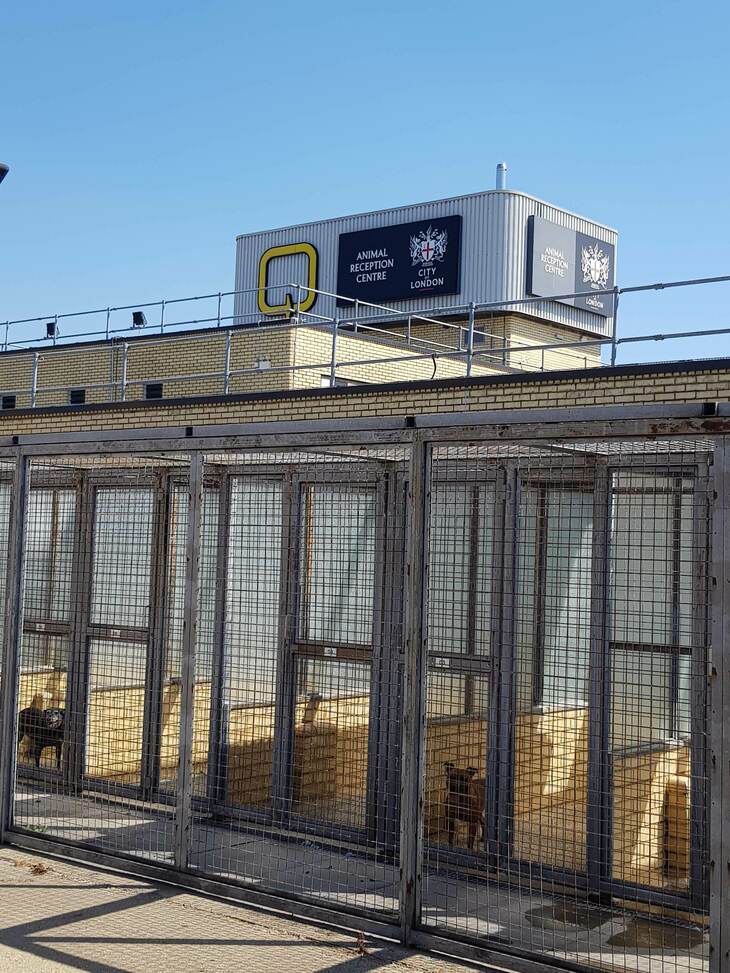 Each dog kennel has a long external run — room for stretching legs after a long flight. Photo: Charlotte Maughan Jones

Initially used as a quarantine location, the facilities were repurposed as a live animal border control post when the pet travel scheme was introduced, and widespread quarantine was abandoned. Despite the minor change in use, the building itself remains largely unchanged from its original plans, with purpose built areas to optimise the complex husbandry of a wide variety of species. 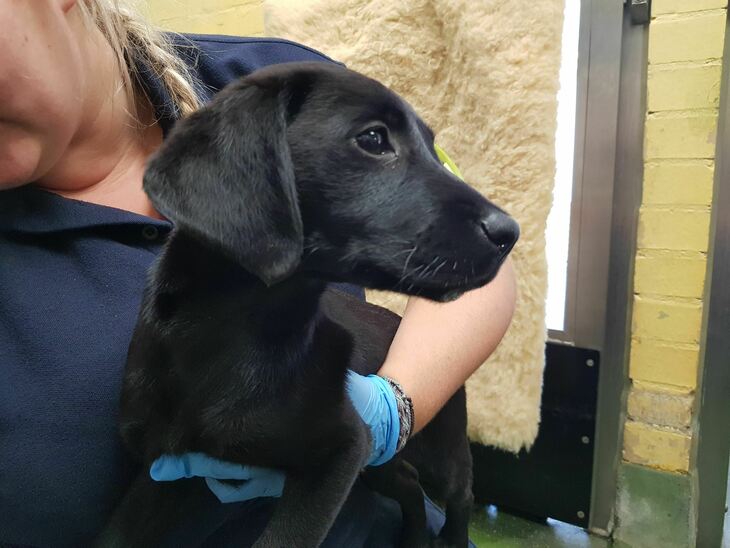 All animals or insects arriving in, or transiting through, Heathrow are collected direct from the plane by HARC staff in climate-controlled vehicles, and transported to the centre. Here, they are fed, watered, and checked for obvious signs of ill health, while their paperwork is confirmed.

When outbound flights are ready, animals transiting in the UK are loaded into their cage, and passed through X-ray security — exactly the same as any other item of luggage — before being escorted to the hold of the plane. All flight regulations are written in the hefty IATA Live Animals Regulations book, and the HARC staff ensure these are adhered to.

Animals travelling out of the UK are dropped off directly with the airlines and never come through the centre. 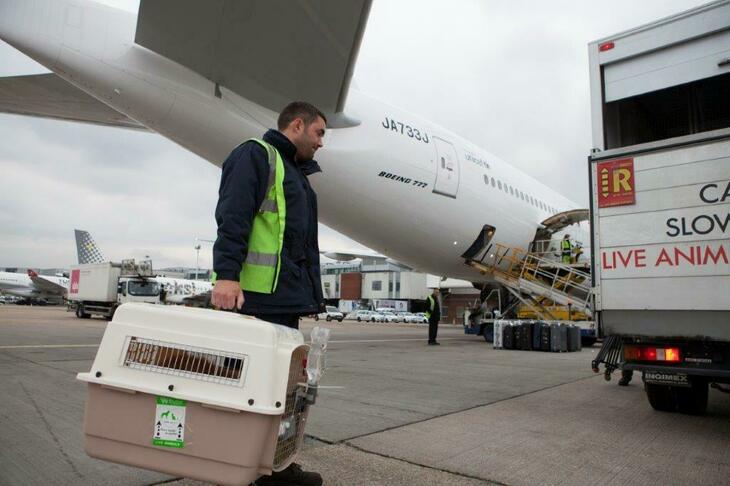 Every day is different, and the range of animals passing through these doors is vast, from surprisingly-common stowaways (think geckos in bags and spiders in bananas) to pet cats and far bigger cats e.g. lions.

The only animal that staff don’t remember seeing is an elephant. 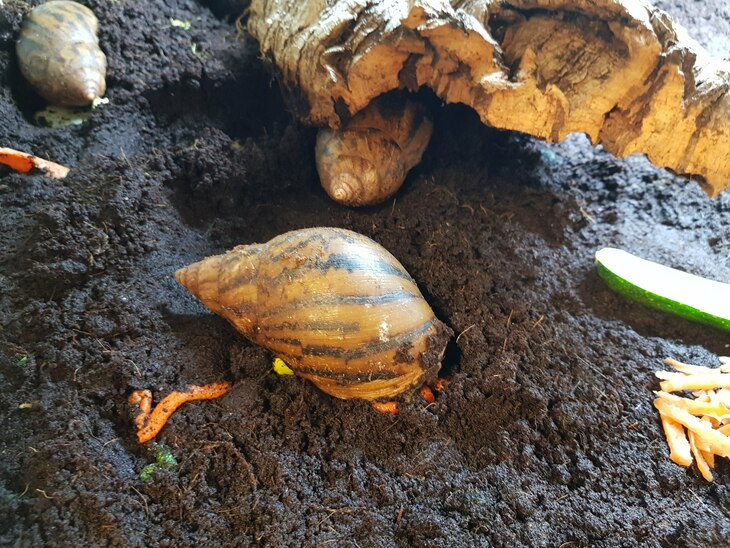 African Giant Snails. Not all those who pass through are cute and cuddly. Photo: Charlotte Maughan Jones

It’s hard not to get giddy at the thought of working with such magnificent beasts all day. But for deputy manager Ross Hayes, the most unusual or exciting situation that he has ever found himself in involved overtaking a jumbo jet while attempting to catch and release a wild swan from a Heathrow runway.

Dealing with a honey badger also gets an honourable mention. 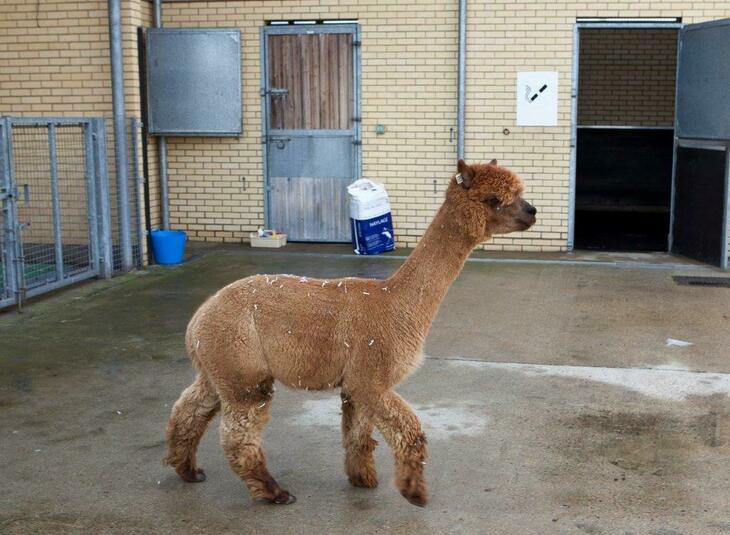 It’s certainly not all puppies and kittens. Camelids are also welcome. Photo: City Of London Corporation

As for those lions: the work involved in preparing a big cat for flight is actually often less than that for a cat or a dog. Whereas household dogs and cats like to be given the space to stretch their legs after transportation, wild animals can become excessively stressed with too much handling and movement, therefore such creatures tend to be left in their airline containers in secure, temperature-controlled rooms — periodically checked and given water. 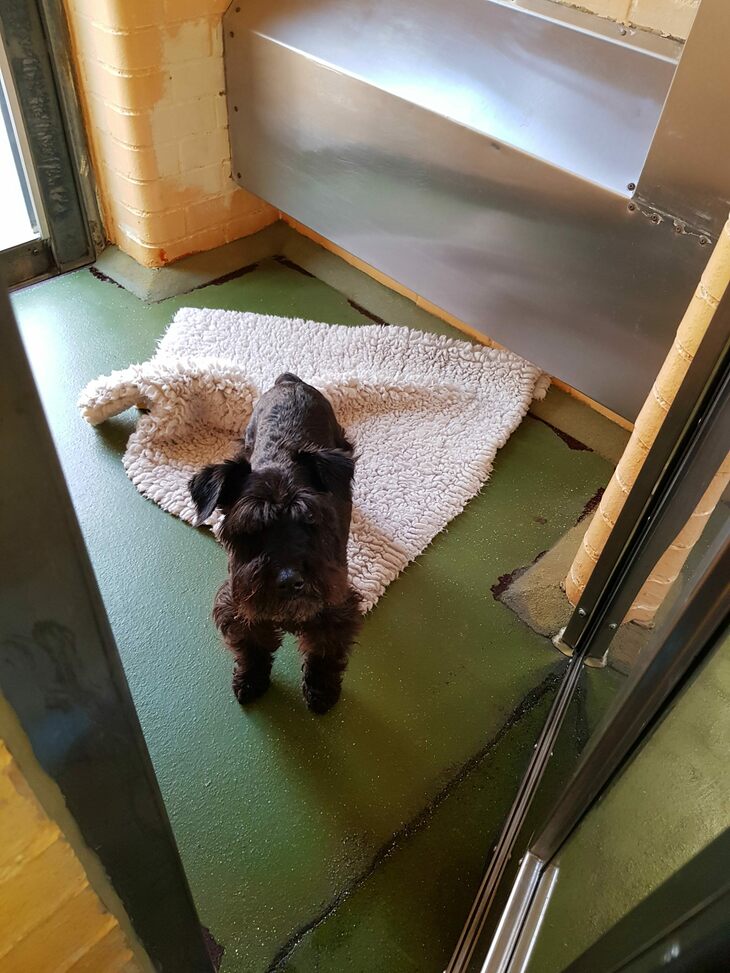 One of the 22,000 cats and dogs. Photo: Charlotte Maughan Jones

The centre occasionally puts up VIP animals too, including those from the Royal Cavalry of Oman (who participated in the Platinum Jubilee celebrations), and the champion (and rather expensive) racehorse Black Caviar who came through on her way to race at Ascot.

Coming here as an owner, you’ll only see a tiny fraction of the centre, so what goes on beyond the reception desk? 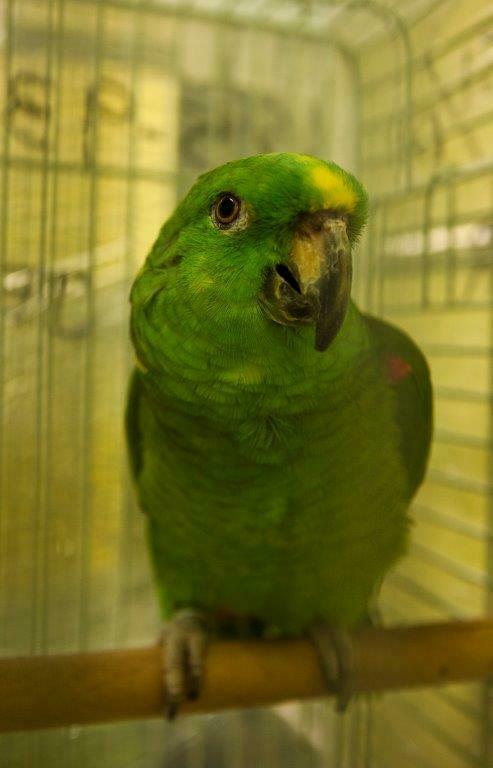 The centre has facilities for a wide variety of globe trotting species. Photo: City Of London Corporation.

As you enter the reception area, a rolling feed of the day’s flights, and their onboard animals, is on display. Two primates are today’s most notable HARC guests.

Walking through the loading bay, protective clothes are adorned and a bath of disinfectant walked through to enter the area housing the animals most at risk of carrying diseases such as rabies, before their health certificates are checked.

As most animals only stay for a few hours before being reunited with their owners, painted concrete and brick are the internal building materials of choice, meaning cages can be quickly and thoroughly disinfected to allow a swift succession of inhabitants, one right after the other. 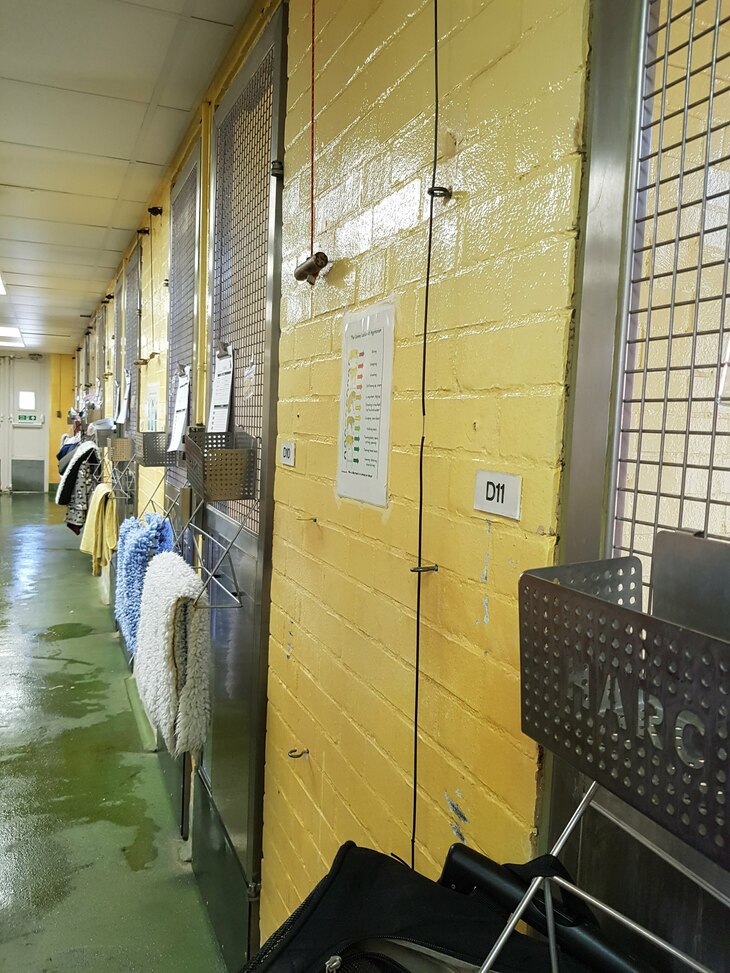 Cats and dogs are kept in separate areas for welfare reasons (phew), and there are separate climate-controlled areas for reptiles, a self-contained bird wing, outdoor stable facilities for horses and a further warehouse building for fish.

Most areas are multifunctional, and can be adapted to an animal that may fly into Heathrow that day. 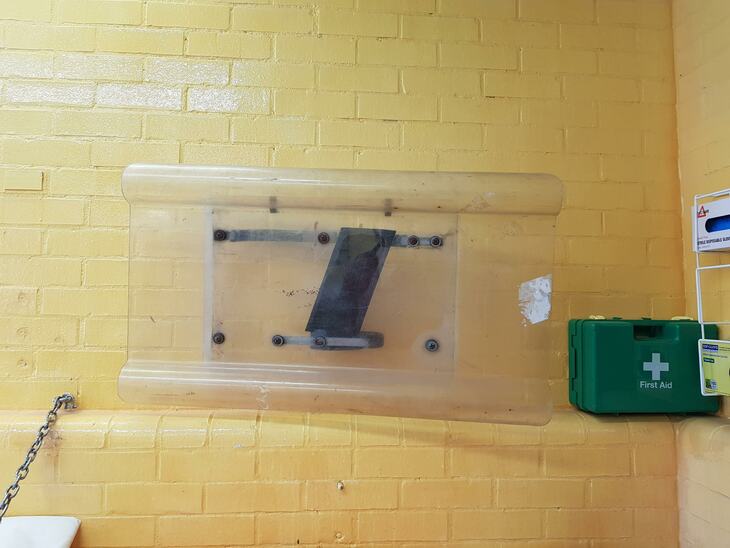 As you walk around, an air of calm prevails — the animals seem content, and the staff clearly love their jobs. It’s easy to forget the potentially dangerous nature of the work they do, though reminders are scattered unobtrusively throughout the facilities: snake hooks, restraint cages, riot shields and security X-ray scanning equipment. 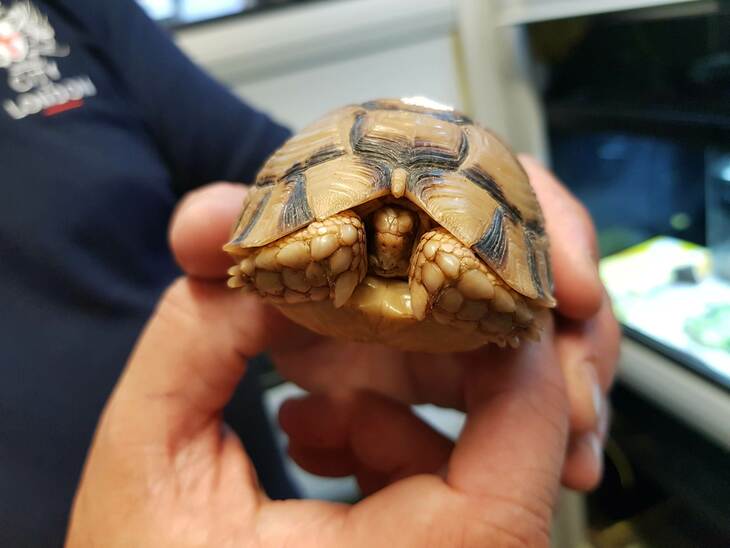 HARC sees its fair share of illegal imports and banned species. Sometimes in this case, animals are temporarily held as criminal evidence, and staff work closely with other agencies such as Border Force.

The vast majority of illegal imports are accidental — due to lack of knowledge of the import, or export process leading to incorrect paperwork. Many of these animals are swiftly given up by their owners due to hefty quarantine fees and lengthy stays, and instead become property of the Crown until they can be rehomed. 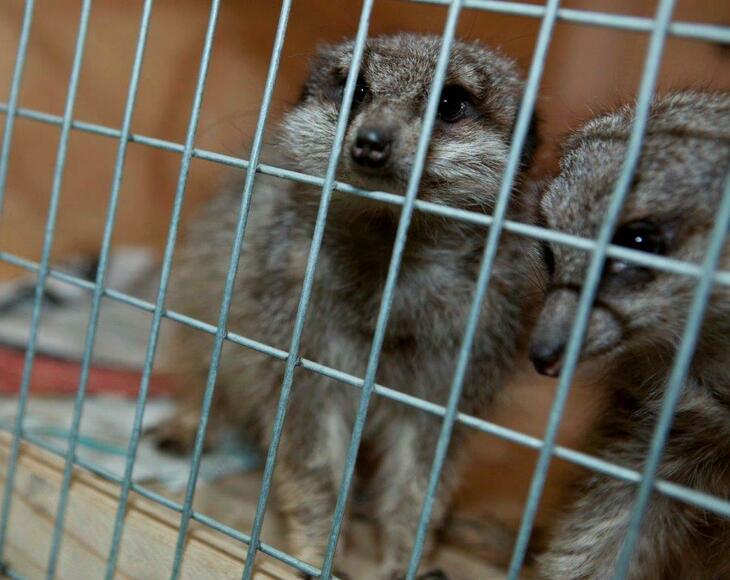 The animals went in two by two hurrah… Photo: City of London Corporation.

Even working and service animals have to go through the same rigorous checks on arrival in the UK. One of the most difficult aspects of the job, Hayes tells us, is telling someone that their guide dog has been refused entry due to incorrect paperwork. He recommends doing your research far in advance of travelling with your pet. 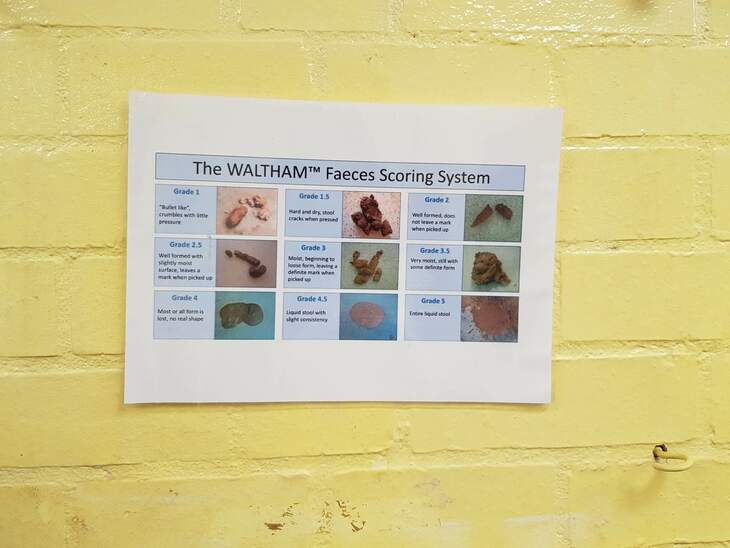 Everything comes down to poo. Assessing the health of animals in their care is a cornerstone of what the ARC does. Photo: Charlotte Maughan Jones

Advice for travelling with your pet 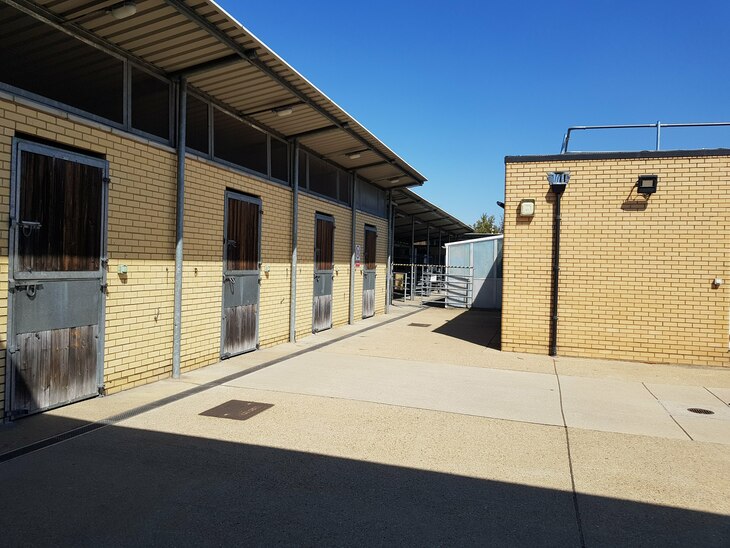 Considering taking to the skies with your pet? Here’s some other advice HARC staff have:

Buttigieg: US May Act Against Airlines on Consumers’ Behalf