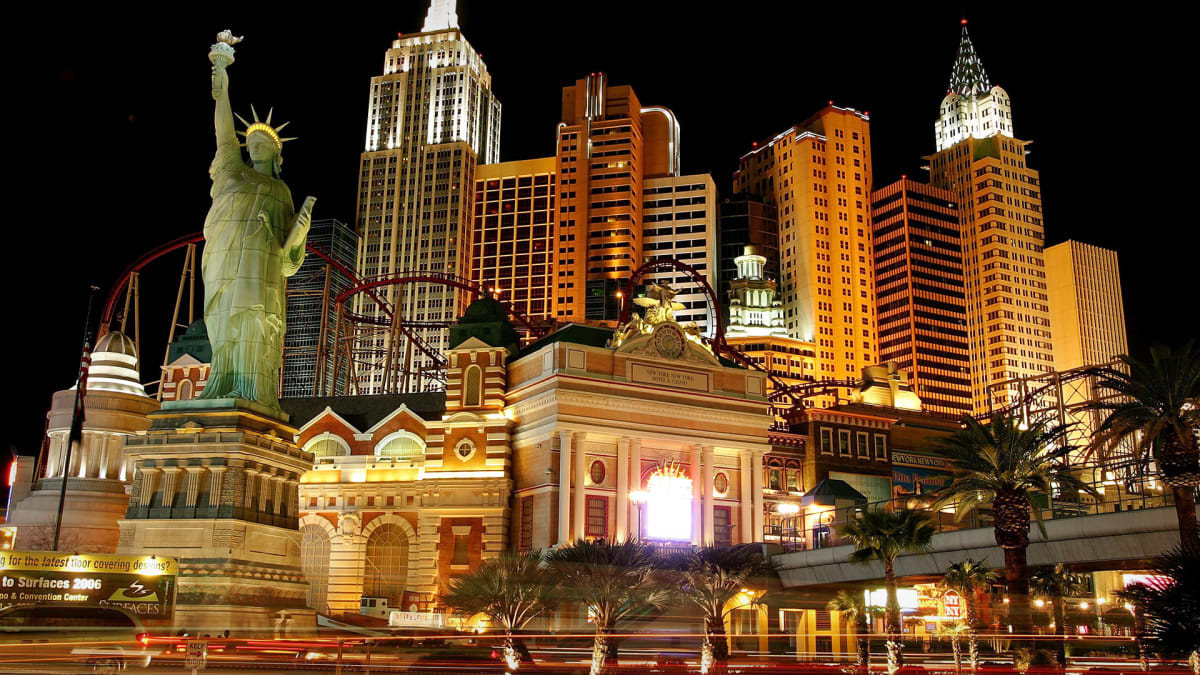 A massive new Strip venue faces financial problems, but a new move by its owner may put the project back on track.

Sometimes a project gets started on the Las Vegas Strip where people driving by (or being driven by) can't avert their eyes. Sure, insiders might know what's being built, but on a 4.2-mile stretch of road that contains versions of the Eiffel Tower, the Statue of Liberty, an Egyptian pyramid, a take on the Colloseum from Rome, and countless other architerural marvels, there's almost always something getting built that's impossibily grand.

Sitting next to the Venetian, the MSG (MSGE) – Get Free Report Sphere looks like something that landed from outer space. As it was being built, it elicited questions from thousands of tourists wondering what the huge circular venue might be.

It turns out, the the Sphere is a first-of-its-kind performance venue built to house unique performances and residencies featuring music's biggest acts. It's meant to compete with Caesars Entertainment CZR and MGM Resorts International's top concert venues by offering artists a truly spectacular place to play, engineered specifically for musicians.

Now, the project has seen its budget rise from $2 billion to $2.175 billion at a time when its parent company, Madison Square Garden Entertainment, has been laying off workers. That led the company to consider spinning off Sphere and the Tao Entertainment Group (which owns the Tao dayclub) from the rest of the company.

MSG has revised those plans and the new path has big implications for the Las Vegas Strip.

MSG considered just making Sphere and Tao its own company. That might have made it easier to raise money to cover construction costs, but it would have separated the Las Vegas assets from other properties that they have strong synergy with. The revised plan pairs those assets with others parts of the company for a new potential spinoff.

The company is now exploring a potential spin-off of its traditional live entertainment business, which includes a diverse collection of performance venues, entertainment and sports bookings and the “Christmas Spectacular” production. The proposed transaction would separate this business from the Company’s MSG Sphere, MSG Networks and Tao Group Hospitality businesses

The revised transaction would be structured as a tax-free spin-off to all MSGE shareholders. In the first step of the transaction, record holders of MSGE Class A and Class B common stock would receive a pro-rata distribution expected to be equivalent, in aggregate, to an approximately two-thirds economic interest in the live entertainment company, which would take on the name Madison Square Garden Entertainment Corp.

The current parent company would retain about a third of the new live entertainment company, which would take on the name MSG Sphere Corp. Those shares could be used, according to the company to raise capital.

“We believe the revised spin-off structure best positions these two companies for long-term success. One would be a pure-play live entertainment company driven by the strong financial profile of our iconic venues and the 'Christmas Spectacular' production,” CEO James Dolan said. “The second company, comprised of MSG Sphere, MSG Networks and Tao Group Hospitality, would have enhanced flexibility to execute its business strategy and pursue global growth opportunities.”

What Is the MSG Sphere?

The MSG Sphere has been built from the ground up as a new kind of dedicated music venue. It's a 20,000 seat venue that will offer the world’s highest resolution LED screen inside a 366-foot-high steel sphere that will also feature more than 160,000 speakers.

It will be used for immersive, custom-made attractions, live performances, sports, gaming, and corporate events.

The Sphere is designed to deliver equal sound quality to every seat in the building. U2, which has never played a Las Vegas residency, is expected to open the venue in 2023. (That's a blow to Caesars and MGM which generally hosts the biggest-name headliners).

“MSG will create original content. Those will be the primary shows; there will be cinematic experiences to the next scale. We are also going to have performances, of course; there will be artists that come through residencies, concerts, and so on, as well as marquee events: one-off sports events, corporate events, award shows, and that sort of thing. Esports and gaming events are going to be another big aspect,” Alex Luthwaite, VP of show systems technology at Madison Square Garden Entertainment told Blooloop.com.