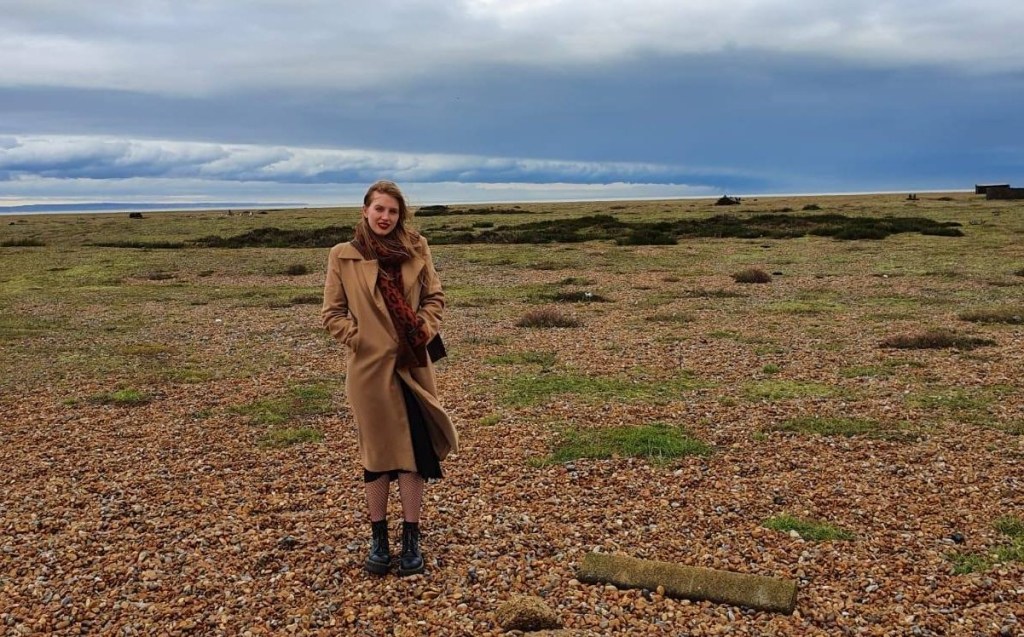 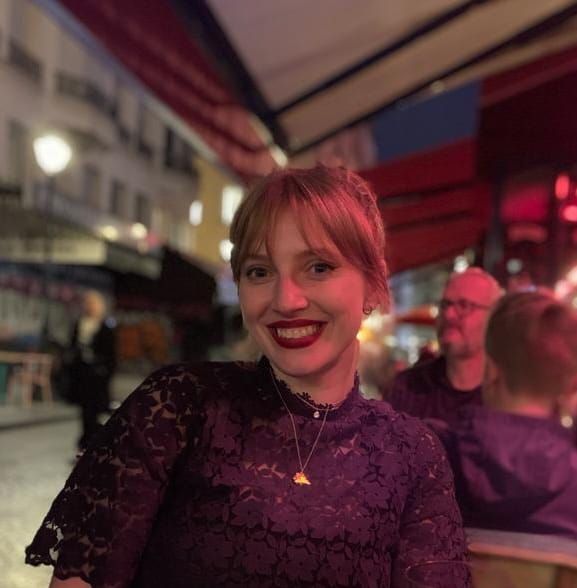 ‘And does that run in your family?’

It’s a common question for doctors to ask, but when I was diagnosed with a heart problem at 16, I couldn’t answer it.

On my mum’s side, I knew the history – but my dad’s? No clue. For those of us estranged from parents, being asked this by medical professionals can be hard.

Ever since that moment, I have been determined to know as much as I can about my health and so, when at-home testing kits became more common, I knew I wanted in.

While they wouldn’t be able to tell me about my dad’s family history, they would, I hoped, let me know if I was at an increased risk of anything because of his genes.

I also wanted more control over something that so often feels out of the hands of non-doctors; something the average person has very little understanding of: our own bodies.

The first thing I learnt, once one of the kits arrived, is that I have bad circulation. Not quite the revolutionary insight I was hoping for, but still useful.

Trying to draw blood from my finger using a lancet proved impossible, and so for all the blood-taking kits, I had to request someone take my sample for me (which costs more), or order a replacement kit (sending back a half-vial of blood hoping it would be enough).

But once I got the kits sent off, they did yield interesting results.

The two general health tests I did were ForthWithLife’s Baseline Plus and Medichecks’ Ultimate Performance Blood Test.

The Baseline Plus (£79) is designed to give you a ‘snapshot of your overall health and wellbeing’ by looking at various biomarkers (i.e. cholesterol, vitamin B12, total protein). The results come back within a couple of days and are presented in a really accessible way, with a ‘more details’ click through to help you understand what all these terms mean.

The screening comes with a doctor’s report at the top. Mine read: ‘Overall this is a great panel. The low triglyceride and slightly raised total cholesterol are not concerning.’

The test is designed to be part of a subscription package, and so I think if you were to get new results every six months, you would perhaps get more of an insight into your health. For a one off, however, I didn’t really know what to do with my stats – but that’s likely because the doctor said there was nothing alarming about them. If anything, they provided some peace of mind.

I also did Medichecks’ Ultimate Performance Test (£199), which asks its buyers, ‘Are you an athlete, bio-hacker or someone who wants to be on top of their game?’ The answer for me was firmly ‘no’, but as it also promised that I would ‘learn as much about my body as possible’, I was sold.

When the results came they felt comprehensive. Each drop down section had a further breakdown of results, and under each result there was an explanation of what each figure meant and how to improve your result.

Accompanying all of this was a doctor’s report that commented on all my results, gave tips where necessary and flagged areas of concern. My cortisol levels were low and so the doctor recommended going to my GP to check for Addison’s Disease – a lifelong condition where your adrenal glands don’t produce enough hormones.

While initially nervous that I could become the urban legend of the journalist who found out she had a serious illness for the purpose of an article, I went to my GP. She said that it was unlikely that had this rare illness, but put me forward for more blood tests, which confirmed I didn’t have it. She noted that because I took this test in the afternoon, my cortisol levels would have dipped, leading to the confusing reading.

It was a good lesson in accepting any at-home test results with caution.

The test I was probably most excited for was 23andMe’s Health + Ancestry (£149), which can find out whether you have an increased genetic risk of certain illnesses – for example, it looks for certain variants of the BRCA gene (which can lead to increased chance of breast and ovarian cancer) or the gene for Parkinson’s Disease. This was the one I hoped would provide me with the knowledge I lacked by being estranged from my father.

Another benefit is that it relies on saliva, rather than blood, for the sample and unlike other tests where you are encouraged to repeat them throughout your life, this is one you only have to do once.

The results take a little longer to arrive – around 20 days in my case – but when they do you have a huge amount of information to look through. 23andMe also makes sure to issue a disclaimer before you receive your profile that the information could have life-changing implications, and throughout your report there are plenty of other reminders that this test is not a formal diagnosis and you should speak to your healthcare provider for that.

I found out I have an increased risk of losing my eyesight as I age (I have 2 variants of that gene), a variant for absorbing too much dietary iron, and could pass on a genetic disorder to future children if my partner is also a carrier for MCAD Deficiency. While all that information could hold a significant sway on my life later, it was a relief to be armed with it.

On my mum’s side, our family has a history of late-onset Alzheimer’s, and so I was reassured that I did not have the gene for that, although the company makes it clear that there are plenty of other non-genetic factors that could play a role in the disease developing.

23andMe also offered some more ‘fun’ insights into who I am. It predicts whether you have certain traits or wellness characteristics. For example, I’m likely to have muscle composition seen in elite power athletes (not sure about that one), prefer chocolate ice cream to vanilla (true), and have wet earwax instead of dry (what does that even mean?!).

But the most interesting part for me was that I have 24% more Neanderthal DNA than other customers (cue jokes from my loved ones about me being stupid and feral). Considering research into the field won a Nobel Prize this year, I’m sure it’s only a matter of time before we find out more about what this could mean.

The next health MOT kit I tried was one that looked into my fertility (via Hertility). I knew some information about my family background going into it. I was aware that I was a ‘miracle’ as my mum was told she wouldn’t be able to have kids, and that my dad has gone on to have three more children.

Having adenomyosis – when tissue grows into the uterus walls – myself, I was keen to know as much as I could having been told different things by various doctors over the past 10 years, such as ‘your chance of miscarriage is higher than the average woman’ and ‘if I don’t give you this treatment you could become infertile’.

The test (£149) looks into three hormones – AMH, TSH, FT4 – and is designed to check for hormone imbalance, egg quantity and reproductive health conditions. Fortunately, my results came back within an acceptable range, and I found the doctor’s report at the top helpful.

However, it was booking an optional consultation with one of Hertility’s specialists – Dr. Srdjan Saso – afterwards (£39), that really helped me understand what these numbers meant and the impact that they could have on my fertility.

He said that my TSH was slightly above average and before I tried to conceive I should have this blood test repeated by the GP. If it stayed the same, he recommended I be put on a low dose of Levothyroxine to increase my chances of conception.

He also asked me about my periods and adenomyosis, and gave advice. He recommended a £200 scan that I could book through him, or if I couldn’t afford it, he said he’d write me a clinical letter to give to my GP suggesting it.

That letter covered everything we discussed in our meeting and I feel more confident in my gynaecological health than I ever have before, which I know having spoken to other women, is a rare feeling.

Hertilty does have access to a range of experts – from nutritionists, to fertility specialists, and cancer doctors – on hand to book once you’ve got your results. While they do come at an extra cost, I would say that my time speaking to Dr Saso was essential in making the test feel worthwhile.

However, the company also recommends you repeat the screening annually if under 30 and twice a year if over that, which could be costly. I personally would do it again if I was actively trying but not until then.

The last test I did looked into my nutrition. NGX is a company that provides BodyFuel shakes tailored to your genetic makeup. After doing a swab test (£99), you receive a 31 page report into how well you absorb certain nutrients, what you’re lacking as a result, what foods you are better at processing and tips on what you should be incorporating into your diet.

Like Hertility, in this case, it was the consultation (which was free) with one of NGX’s expert’s afterwards that helped shed light on what my results meant for my day-to-day life.

Rebecca advised me what supplements I should be taking to make sure I’m getting the vitamins I need, helped me break down what my body is good at processing and how I could be optimising my workouts (a cup of tea before hitting the gym has done wonders) and even gave me some useful tips on what I could be eating and drinking during Covid to help me feel better (I was on day 12 of positive tests at the time).

I’ve since been drinking their BodyFuel shakes, tailored to me (£69.98 for 28 portions), which have been a great breakfast when I’m in a rush, and have made me feel less sluggish in the mornings. They come to about £2.50 a meal, so if you’re consuming the two a day they suggest, it can be an expensive investment.

So, were any of them worth it?

While I would never have been able to find out some of this information through the NHS (23andMe & NGX), other tests like Hertility, Medichecks and Forth’s help ease the burden on our strained health service and help you get answers without having to go through the heartbreak of unexplained infertility or the stress of having worrying symptoms first.

Of all the tests I did, 23andMe’s was my favourite for all the insights it gave me. It also feels like the best value for money, in that it’s a one-and-done job – and anyone who takes it also gets access to their ancestry and DNA relative service.

I felt Hertility also provided me with a peace of mind about my health – even if I wouldn’t repeat it regularly.

The others definitely have their benefits, and I would recommend them to anyone who has cash to spare and are looking for more day-to-day insights, but for me I’d find the costs too much to commit to regularly.

Although, none of these tests really were able to answer the dreaded ‘does it run in your family’ question, I do feel like I have been given some agency over my health.


MORE : What does DNA stand for, where is it found and who discovered it?


MORE : The ‘medical feminist’ nurse going above and beyond for women’s heart health

Wasn’t TikTok Supposed to Be Fun?