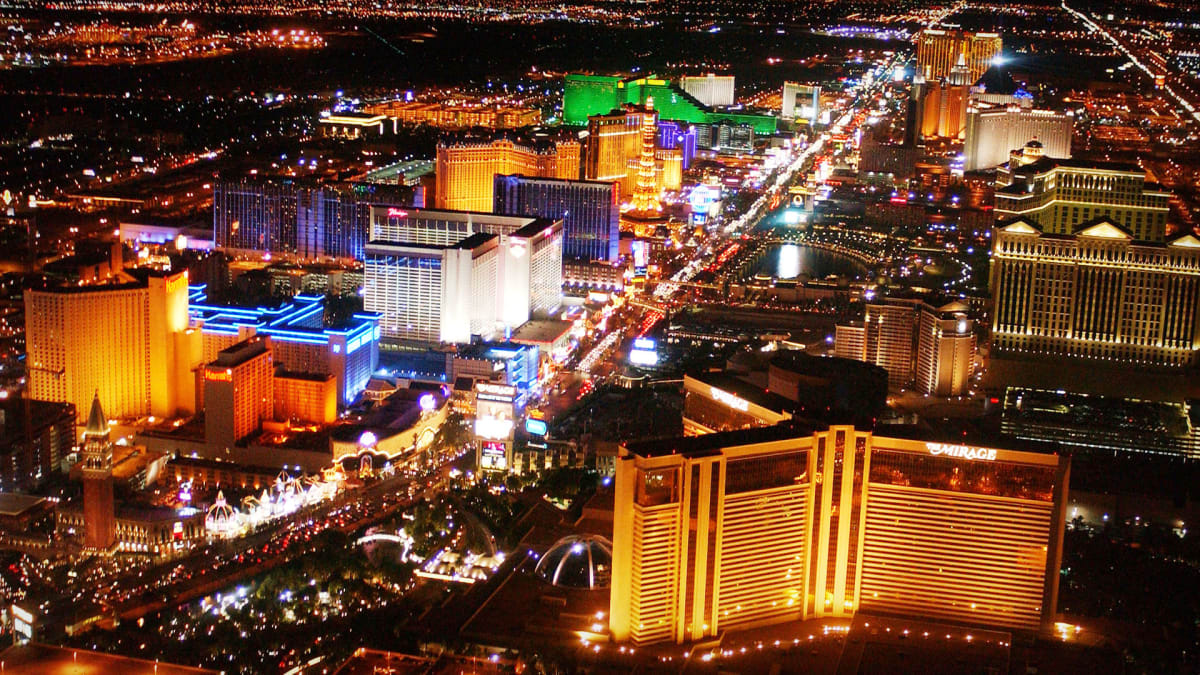 Sin City has seen lots of famous names disappear on the Las Vegas Strip, but how and when a big one goes away remains in doubt.

When Hard Rock International agreed to pay $1 billion for Mirage back in December, rumors began to fly about what might happen to the property. An early artist rendering that showed a Guitar Hotel — like the one the acquiring company owns in Florida — on the property where the Mirage Volcano currently sits.

That hardly official or to-scale image got people talking about the fate of the iconic free attraction. Many assumed that its days are numbered, and Hard Rock later confirmed that the beloved erupting volcano which sits on the Las Vegas Strip would eventually be relegated to Las Vegas history, according to comments made by Hard Rock CEO James Allen at a licensing hearing.

“Certainly the volcano is legendary, but as you saw in the renderings, the guitar-shaped hotel replaces the volcano,” he said during the meeting which is a precursor to the deal with MGM closing.

In those same media stories, which TheStreet covered as well, it was widely reported that at some point, the main Mirage tower would be closed and “gutted.” Now, Hard Rock is pushing back on those stories, saying that its plans for Mirage remain in flux.

”Hard Rock International plans to close the Mirage, gut the entire three-wing hotel and casino, and spend billions to expand and upgrade the property beginning in late 2023 or 2024,” the Las Vegas Review-Journal reported on Dec. 7.

That's almost certainly what will happen, but Hard Rock may have realized that putting an end date on the property, rather than saying it may remain open during construction, might stop guests from booking the property. Now, Allen has tried to walk back the idea that there is a clear plan to close Mirage.

“We do not have definitive plans to close the property at this time, but for full transparency, that could be an option a year and a half down the road,” News 3 Las Vegas reported Allen saying.

Instead, Hard Rock's official take is that more plans will be revealed when the company takes ownership from MGM. That could happen as soon as this week and is expected to happen no later than the end of the year.

It would not be unprecedented for a resort casino to not close during a major renovation, In theory, Hard Rock could do the work in stages as Caesars Entertainment  (CZR) – Get Free Report has been doing at its Bally's property. That's not actually likely here given the scale of the remodel planned, but it's not impossible.

Hard Rock did close one popular attraction at Mirage, Siegfried and Roy's Secret Garden and Dolphin Habitat has already been shut down permanently. The about-to-be-new owner has, however, given another popular offering  “Beatles Love,” Cirque du Soleil show a stay of execution.

The cast for that show currently has contracts through the end of 2023. Hard Rock, however, has said it has reached a deal with Cirque du Soleil to keep the long-running show at the resort for the long term, though terms of the deal have no been disclosed.

MGM will continue to run gaming operations at the property through its BetMGM brand.

5 Heavenly Burgers under $10 in Salt Lake

How to Visit Lejeune Memorial Gardens in Jacksonville (+ 5 Powerful Monuments)