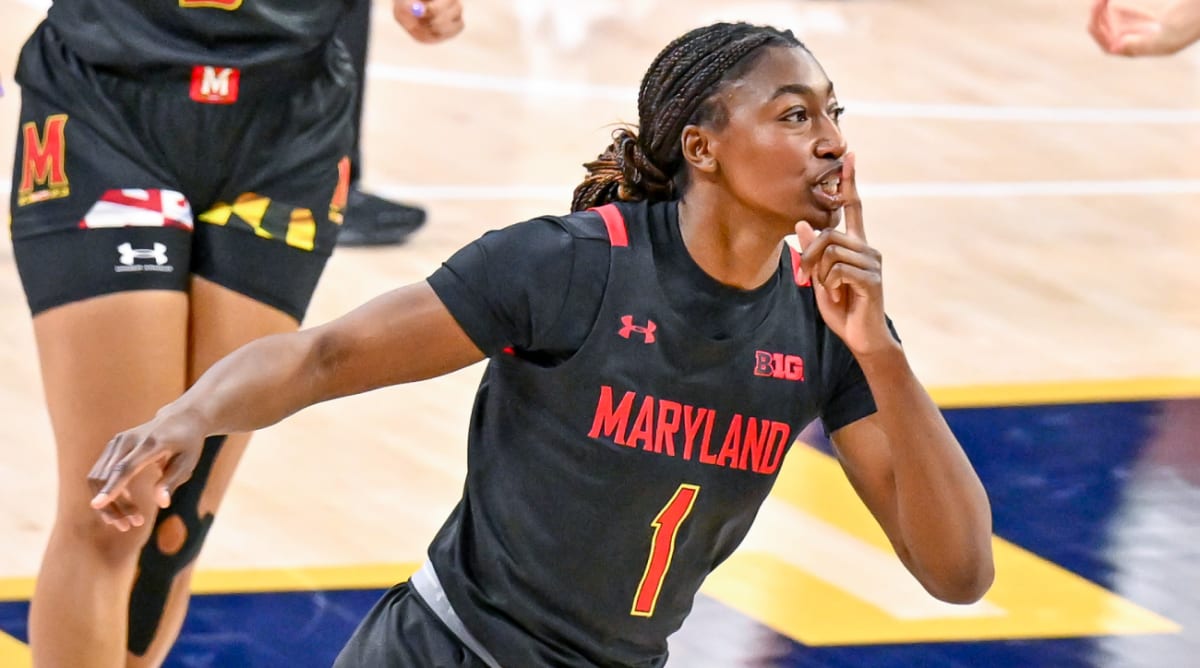 The Fighting Irish lost their first game of the season on Thursday night to the Terps.

Maryland’s Diamond Miller completed one of the biggest upsets in women’s college basketball so far this season on Thursday night when she helped her No. 20-ranked team take down No. 7 Notre Dame.

The two teams were tied 72–72 with about 15 seconds left in the game. With just about one second left on the clock, Miller lofted a buzzer beater to bring the Terps a victory in South Bend, Ind.

The entire Terps bench ran onto the court to celebrate with Miller for the incredible shot she made. The Notre Dame home crowd remained somewhat silent as Fighting Irish fans were in shock with what just happened.

The senior guard even received praise from Nets forward Kevin Durant as he tweeted about her stellar shot.

“Aye Diamond Miller, u a killer for that Dirk fade at the buzzer, good win Terps,” Durant said.

Miller’s buzzer beater helped Maryland hand Notre Dame its first loss of the season. The Fighting Irish will move to 6–1, while the Terps are now 7–2 on the season.

Phinsider Open Thread: Who Is The Miami Dolphins Most Surprising Player?