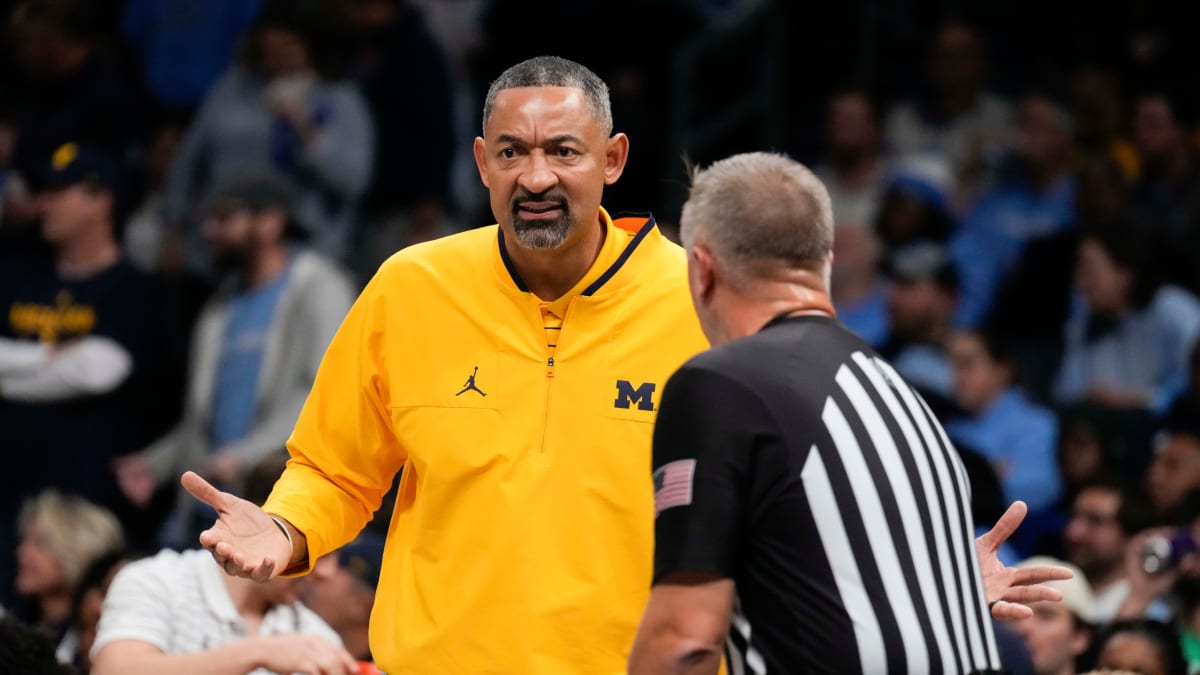 Things got a bit messy at the end of the Wolverines’ third loss in their last five games.

The nonconference portion of the Michigan men’s basketball team’s schedule hasn’t exactly been smooth sailing for the Wolverines.

Wednesday’s 80-76 defeat to North Carolina marked the latest slip-up—this time featuring a moment of lost composure from their head coach.

In the final minute of the game, played in Charlotte, N.C., Juwan Howard got into a shouting match with an official and needed to be restrained by some of his players. He appeared to profanely snap at them to take their hands off him as they pulled him away from the court and back to the team huddle on the sideline.

Howard has had issues controlling his temper during games before, most infamously in a game last season against Wisconsin in which he took a swing at Badgers assistant coach Joe Krabbenhoft.

Michigan began the year ranked No. 22 in the AP poll, but has since lost three of its past five games to fall to 7-4 on the season. Those three defeats have come by a combined 10 points to North Carolina, Kentucky and Virginia.

Howard is in his fourth season with the Wolverines, and has led the team to the second weekend of each of the past two NCAA tournaments.

France vs Denmark – World Cup Group D: How they’re doing, injuries and prediction as reigning champions aim for win No2