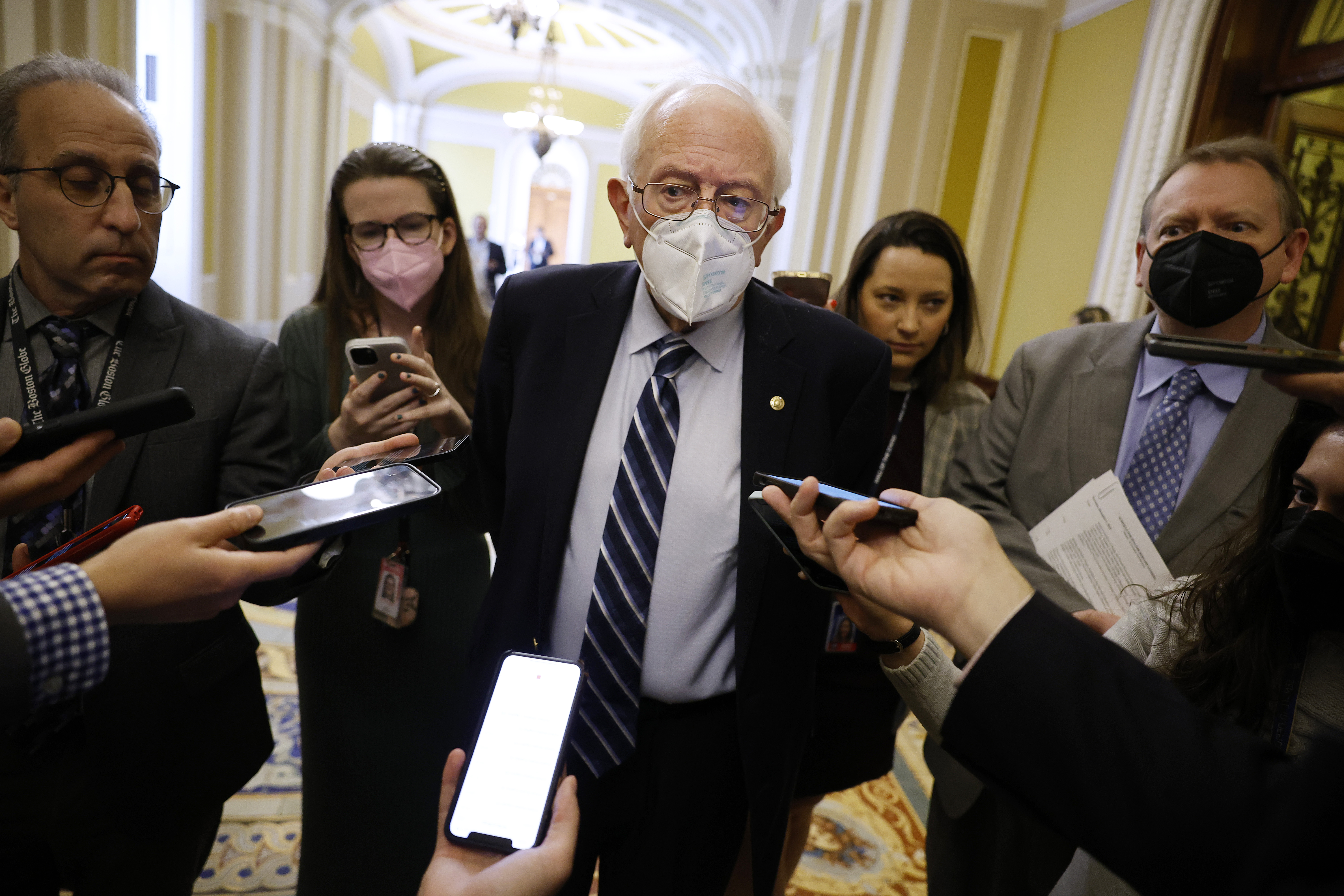 On Friday, 72 members of Congress, led by Senator Bernie Sanders and Representatives Jamaal Bowman, Alexandria Ocasio-Cortez, and Rashida Tlaib, published a letter demanding President Biden “to do everything within your authority to guarantee rail workers the seven sick days that they desperately need through executive action.”

The letter lays out three pathways for Biden to achieve this.

Biden could expand upon President Obama’s 2015 order that established paid sick leave for all federal contractors. Obama’s order did not cover rail workers after the industry lobbied heavily for their exclusion. Biden can remedy this, following through where his predecessor fell short.

Secondly, the authors point out the labor secretary’s ability, under the Occupational Safety and Health Act, to establish mandatory safety and health standards for businesses involved in interstate commerce. “We can think of few industries more quintessential to interstate commerce than freight rail,” the letter notes.

Finally, the transportation secretary “has a duty to promote safety in all areas of railroad operations,” the authors explain. “Guaranteeing that workers are not operating trains or inspecting rail signals while sick or tired would fundamentally improve the safety of our national rail operations.”

With the exception of Sanders, an independent, all the other signatories to the letter were Democrats.

For weeks, Biden has appeared feeble in the face of railway company interests—and criticism from Republicans cosplaying as pro-worker advocates—as he helped impose a contract onto workers.

The authors write that giving 115,000 workers seven days of paid sick leave would cost less than two percent of the industry’s annual profits. “If the rail industry can afford to spend $25.5 billion in stock buybacks and dividends to enrich their wealthy shareholders, they can afford to treat their workers with the respect and the dignity that they deserve.”

Besides how little the basic policy would cost, the fact is that a dignified, respected worker should never have to risk their—or others’—health to go to work. The coming days will show whether Biden agrees with that basic idea.

The Industry Devouring the American Dream