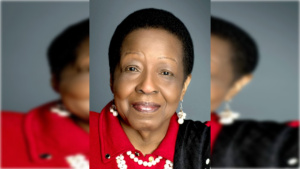 The elections were held during the NBCSL 46th Annual Legislative Conference on Friday, Dec. 2, 2022 at the Planet Hollywood Resort and Casino in Las Vegas, Nev., according to a press release.

“As I prepare to take the helm as President of NBCSL, I will continue to advance this organization forward, making sure we remain focused on the communities we represent, said newly elected NBCSL President Rep. Hall, “Ensuring our voices as Black state legislators are heard and we are indeed the ‘Voices for the States.’”

“I am extremely proud to pass the torch of leadership to my dear friend and colleague, Rep. Laura Hall,” said current NBCSL President Billy Mitchell, “I know that she will take this organization to even greater heights under her leadership. I want to also congratulate the members of the newly elected Executive Committee. I look forward to the work that each of you will do.”

Representative Hall will officially take on the role as NBCSL President in January of 2023. Under her leadership, she plans to continue work on protecting voter rights, women’s rights, and increasing the engagement of NBCSL members and corporate partners.

US Air Force Set to Unveil the ‘Most Advanced Stealth Bomber Ever Built’: The B-21 Raider