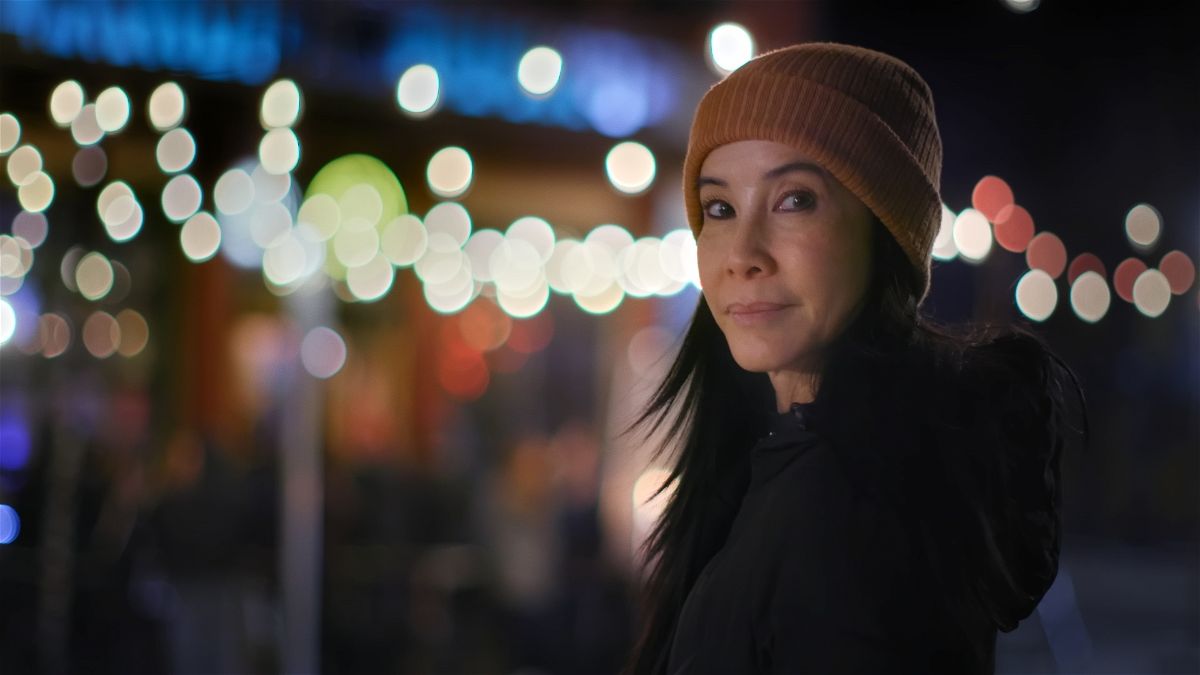 Brook was 34 years old when her use of alcohol escalated, a way of coping with a breast cancer diagnosis.

“I just decided I’m not gonna go through this straight,” she told Lisa Lang in an episode of “This Is Life With Lisa Ling,” airing at 9 p.m. ET Sunday on CNN.

“I would drink before I went to my chemo sessions. It became more and more of a coping mechanism,” said Brook, who did not want to use her last name.

Brook survived the bout with cancer but says she became dependent on alcohol — and the pandemic only made it worse.

She recently ended up in the hospital, diagnosed with cirrhosis of the liver and a bad bleed from ulcers, which doctors said could take her life if not quickly treated.

“When they were talking to me afterwards, they said, ‘If you keep going like this, you’ll be dead in a year,’ ” Brook told Ling.

Alcohol use disorder is defined as compulsively using alcohol despite negative consequences on relationships and one’s ability to function at work, school or in the community. Over time, excessive alcohol use may even rewire the brain, making booze as desirable as natural rewards such as food or sex, experts say.

Researchers at University of California, Los Angeles showed pictures of alcoholic drinks to people who are and are not addicted while scanning their brains. Regions of the brain associated with craving, pleasure and reward lit up significantly more in those with an alcohol use disorder.

“It’s much more of a medical and brain disease than we initially thought,” Lara Ray, a clinical psychologist who runs the UCLA Addictions Lab, told Ling.

In addition, just one pint of beer or average glass of wine a day may begin to shrink the overall volume of the brain. The brains of nondrinkers who began consuming an average of one alcohol unit a day showed the equivalent of half a year of aging, according to a study published in March.

The damage worsens as the number of daily drinks rises, the study found — drinking four alcohol units a day aged a person’s brain by more than 10 years.

Alcohol use disorder is a growing problem in the United States, which experts say has been enhanced by the pandemic, especially among women.

“Last year, I took care of two women who were in their early 20s who had cirrhosis and needed liver transplants, and I’ve never seen that before in my entire career,” Dr. James Burton, medical director of liver transplantation at the University of Colorado School of Medicine in Aurora, told Ling.

A recent study found a significant increase in alcohol-associated liver disease and a 15% higher rate of waiting lists and subsequent liver transplants between 2020 and 2021 — the greatest increase occurred in young adults.

Since the pandemic’s onset, statistics show an overall 14% increase in the number of drinking days per month, but a “41% increase in heavy drinking days among women,” Dr. Sarah Wakeman, medical director of the Substance Use Disorders Initiative at Massachusetts General Hospital, told CNN in January.

Why? Pre-pandemic mom wine culture, which “normalized and even glorified” drinking, is partly to blame, said Dr. Leena Mittal, chief of the women’s mental health division in the department of psychiatry at Brigham and Women’s Hospital in Boston.

In addition, “studies have shown the complexities of balancing home, work and caregiving responsibilities during the pandemic have fallen disproportionately on women,” Mittal said earlier.

Women are at high risk

Women are especially sensitive to the effects of alcohol, according to the National Institute on Alcohol Abuse and Alcoholism. Alcohol-related problems appear sooner and at lower drinking levels than in men, said the institute, part of the US National Institutes of Health.

Women are more susceptible to alcohol-related brain damage and heart disease than men, and studies show women who have one drink a day increase their risk of breast cancer by 5% to 9% compared with those who abstain.

Pandemic lockdowns also forced many people to live and work from home — sometimes alone. A July study found drinking alone during adolescence and young adulthood can strongly increase the risk for alcohol abuse later in life, especially if you are a woman.

Victoria, who also did not want to use her last name, told Ling she began drinking as a teenager. Now 55, she still “can’t control it. It’s like a tension that builds up. And so then when I do drink, it’s like, ‘Ah! I’m drinking,’ you know, so it’s way too much, way too fast.”

Binge drinking — defined as more than four drinks for women and five for men within a few hours — is on the rise. According to a study published in June, even older people who consider themselves moderate users of alcohol are downing multiple drinks in one sitting.

People who binged were about five times more likely to experience numerous alcohol problems, including injuries, emotional or psychological issues, and alcohol dependence at work or school or while caring for children, the study found.

The hunt for answers

The US Food and Drug Administration has approved only three drugs designed to reduce alcohol use since 1951: disulfiram, which causes headaches, nausea and vomiting when mixed with alcohol; acamprosate, which works on the reward centers of the brain to reduce alcohol cravings; and naltrexone, which reduces cravings and appears to help with heavy drinking.

All three have significant side effects that can deter people from using them consistently.

Researchers continue to experiment with various drugs to see if they can help cure cravings without major side effects. While not FDA-approved, the anticonvulsant drug topiramate has shown promise in some clinical trials but may affect cognition and memory. Other anticonvulsant drugs, such as zonisamide and gabapentin, and a smoking cessation drug called varenicline have shown mixed results.

At Ray’s lab at UCLA, small clinical trials have found promising results from the neuromodulator ibudilast, which hindered cravings and reduced the odds of heavy drinking for some people by 45%.

“In the first two days, I was upset in the stomach, but by the third day I was on it, I was off of alcohol, which is pretty amazing I thought,” he told Ling about using ibudilast.

Additional studies are needed to see if the benefits hold true for larger populations.

In the meantime, there are gold standard treatments for alcohol use disorder that don’t involve medications. Those include Alcoholics Anonymous and Self-Management and Recovery Training 12-step programs, cognitive behavioral treatments and mindfulness-based approaches.

A large 2006 clinical trial found behavioral interventions can be as effective as drugs — in fact, most of the medication clinical trials done to date have also included some form of social or behavioral treatment in combination with drugs.

Having support is critical to keeping a positive mindset that will ultimately win the battle with alcohol, experts say.

“When I was doing my therapy intake for rehab, one of the questions was, ‘What made you decide to do this?’ And I said, ‘I’m better than this,’ ” she told Ling.

“I still like to think that even with the relapses, I’m gonna still be that person who gets right back up and tries again.”

The post Pandemic fueled alcohol abuse, especially among women, but there are treatment options appeared first on KION546.

Will we see a winter COVID surge?

Flu, Covid-19 and RSV are all trending down for the first time in months