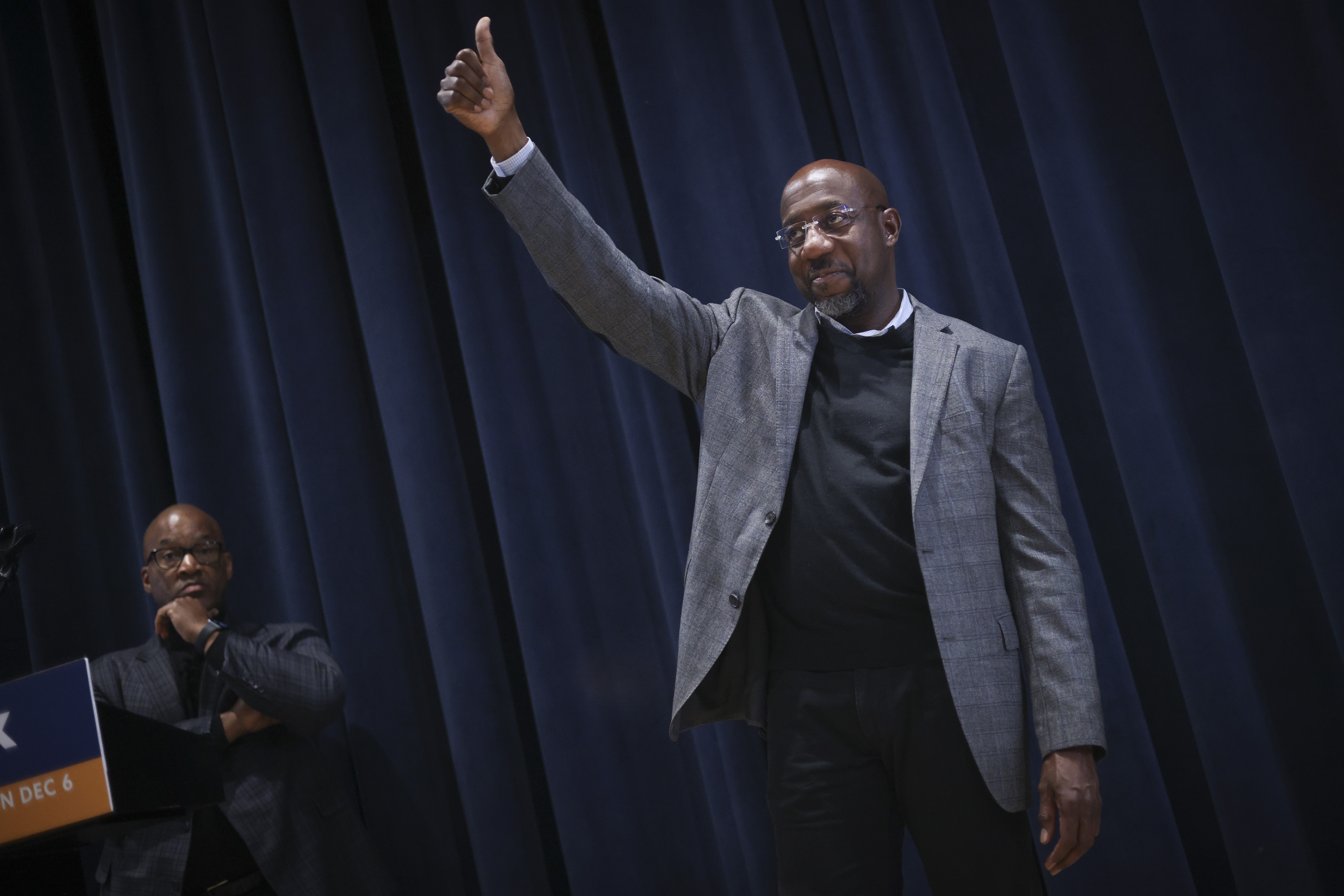 Warnock, whose reelection means Democrats have an outright majority in the Senate, leads Walker 50.34 percent to 49.66 percent, with 84 percent reporting. Decision Desk made the call at 9:48 p.m. ET.

Warnock and Walker faced off on Tuesday after neither one in November won the minimum 50 percent of votes required to avoid a runoff election.

Warnock was elected to Congress alongside fellow Democrat Jon Ossoff in January 2021, also in runoff elections, a major victory for Democrats in the historically red state. Georgia also went for President Joe Biden in the 2020 presidential election.

His win means that the Democrats now have an outright 51-49 majority in the Senate, instead of a 50-50 split with a tiebreak.

But despite the state’s recent history of leaning Democratic, Walker and Warnock were locked in a dead heat for almost the entire race.

A pastor, Warnock describes himself as “Christian progressive,” similar to Dr. Martin Luther King, Jr., who presided at the same church in Atlanta where the senator now leads the congregation.

Warnock is pro-choice and campaigned on the belief that the United States can overcome its racist roots and enact social change. During the runoff, he focused on pocketbook issues such as inflation and health care, and also sought to win over younger voters, as well as independents and more centrist Republicans.

Walker, meanwhile, ran on an ultra-right-wing platform, saying he is pro-life, supports traditional (heteronormative) family values, and would back another run by former President Donald Trump.

He complained about “wokeness” and says he does not believe racism exists. He also focused on mainly far-right dog-whistle issues, such as transgender athletes and abortion.

But he has also lied multiple times about his resume and been accused by former partners as well as his son of domestic abuse. Two women came forward in October alleging he forced them to get abortions.

The Republican Party continued to back Walker, insisting that electing a Black senator proves their party is not racist, but they also began chaperoning him in interviews to try and curb his commentary.