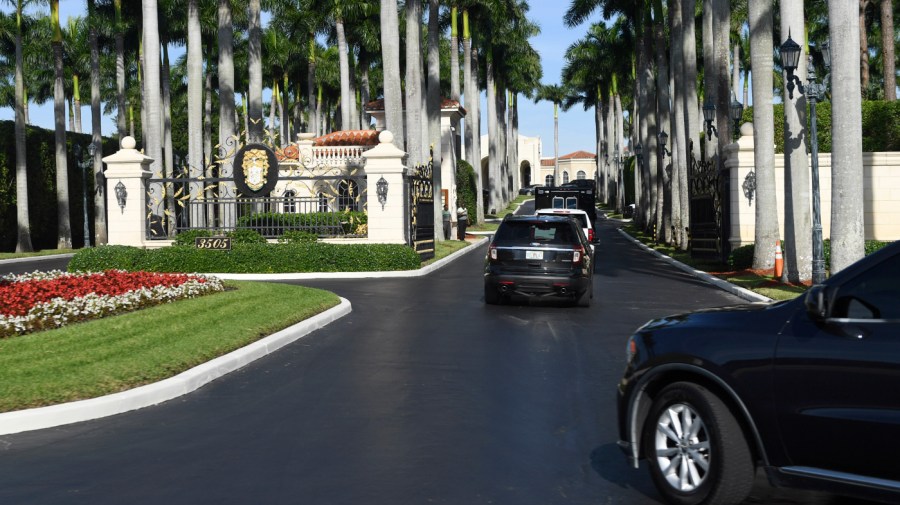 (The Hill) — A growing number of Republicans are erupting over the news of an FBI raid of former President Donald Trump’s Mar-a-Lago residence, accusing federal agents of unfairly targeting the former president for political purposes, with some suggesting that the law enforcement agency be “defunded.”

Many Republicans also echoed sentiments from Trump’s statement Monday evening where he said his home had been raided by the FBI and that they opened a safe belonging to him.

“In third world countries and banana republics they prosecute the former presidents/leaders and their staff,” Rep. Thomas Massie (R-Ky.) tweeted. “Right now, we look beneath them. We are in a race to the bottom.”

Florida lawmakers also weighed in – mostly notably Gov. Ron DeSantis (R) who is increasingly seen as a potential GOP candidate in 2024 who could challenge Trump should the former president opt for another run.

“The raid of MAL is another escalation in the weaponization of federal agencies against the Regime’s political opponents, while people like Hunter Biden get treated with kid gloves,” wrote DeSantis (R). “Now the Regime is getting another 87k IRS agents to wield against its adversaries? Banana Republic.”

In his statement, Trump said that “such an assault could only take place in broken, Third-World countries,” which several Republicans echoed.

“Using government power to persecute political opponents is something we have seen many times from 3rd world Marxist dictatorships,” wrote Sen. Marco Rubio (R-Fla.). “But never before in America.”

He also called for the firing of FBI Director Christopher Wray, who was nominated by Trump in 2017.

“They didn’t have a single thing on Donald Trump and they tried every trick in the book,” Chaffetz said in an appearance on Fox News’ “Jesse Watters Primetime.” “But this is a new low, Jesse. This is absolutely unprecedented there. I do not know of any justification that they can possibly do this.”

Like DeSantis, some GOP lawmakers invoked President Joe Biden’s son Hunter who is under federal investigation by the Justice Department into his worldwide business dealings.

“The FBI just raided Trump’s Mar-a-Lago,” tweeted Sen. Roger Marshall (R-Kan.). “Is this equal application of the law? Or is this a political hit job? #HillaryClinton #WheresHunter”

Other Republicans tied the raid to President Biden himself. The White House said Monday it “did not have notice of the reported action.”

Trump announced in a statement on Monday that a “large group” of FBI agents raided Mar-a-Lago, condemning the raid as “political persecution” and adding that they “even broke into my safe.”

The New York Times reported that the search appeared to be focused on records that Trump brought with him to the Mar-a-Lago estate after leaving the White House, including ones that were classified. The Department of Justice (DOJ) is also investigating the Jan. 6, 2021 attack on the Capitol and actions Trump took after the 2020 election.

Rep. Marjorie Taylor Greene (R-Ga.) issued a series of tweets condemning the raid, with one including an image of an upside-down American flag, otherwise known as a distress signal.

She and other Republicans such as Rep. Lauren Boebert (R-Colo.), both staunch Trump allies, began advocating to “defund” the FBI. That echoed calls of the “defund the police” rallying cry by progressive Democrats in 2020 in response to several Black people being killed in policy custody. At the time, it was a message that Republicans wholly rejected.

* This article was originally published here