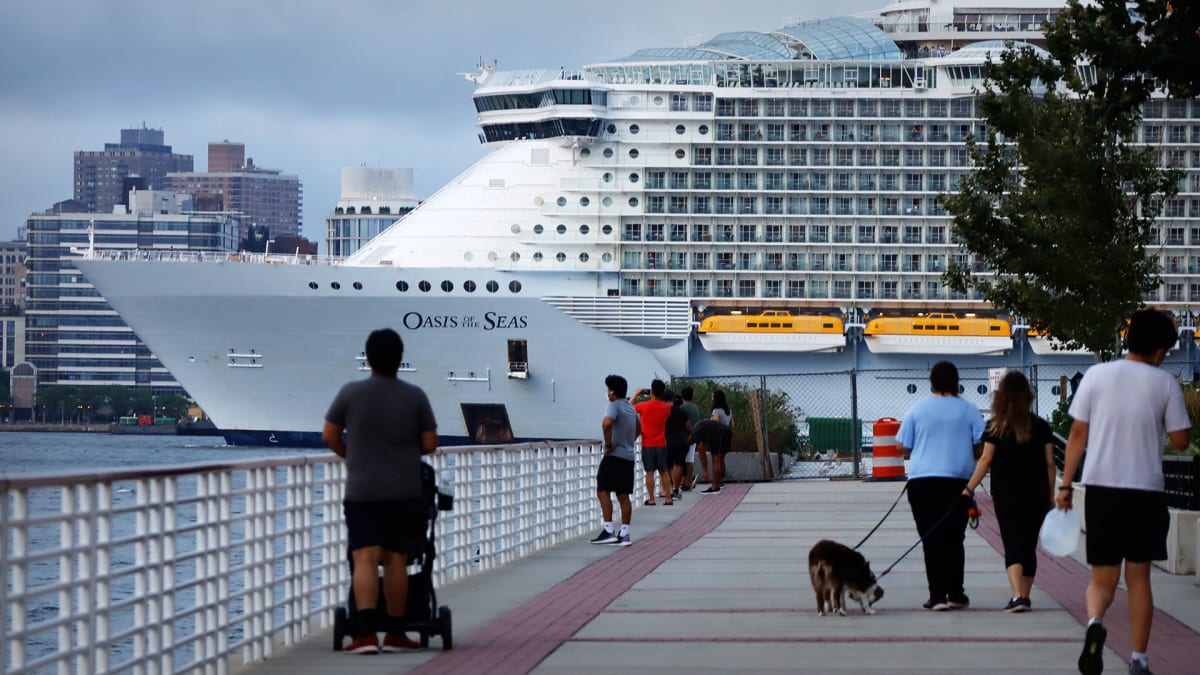 The cruise line has tested some changes that caused a social media uproar. Now, it’s trying something totally new.

Earlier this month, Royal Caribbean (RCL) – Get Free Report tested a new Main Dining Room (MDR) menu on a Symphony of the Seas sailing. The new menu offered many fewer choices and dropped the cruise line's “Classics” lineup, which appeared every night.

That menu offered basics like grilled chicken, a New York strip steak, and spaghetti bolognese. Dropping those options would make it a lot harder for picky eaters to find something they want each night. The change would have also been a nightmare for parents of children who age out of the kids' menu, but who don't fully have adult tastes yet.

It's easy to see why Royal Caribbean wants a slimmer menu, but enacting one seems tricky. Fewer choices mean less waste, faster service times, and maybe will subtly drive customers to more specialty dining. Two of those three benefit customers, but it's very hard for any cruise line to take away something customers are used to.

That's a problem that's exacerbated by most people only cruising once a year (or less), but cruise lines have very loyal audiences. They generally expect that things will be more or less the same from trip to trip and the changes Royal Caribbean tested are not small.

The cruise line did, however, promise that it wasn't going to make any permanent changes without asking its customers. Now, the cruise line is doing that with a totally different dining idea.

Royal Caribbean has sent a survey to some past passengers asking questions about a new potential Main Dining Room menu, Matt Hochberg of the Royal Caribbean Blog first reported.

“We would like to show you a potential menu that you might see in the Main Dining Room on a Royal Caribbean cruise. Please review this menu carefully and answer some questions,” the email said.

The menu showed a “French Night.” At the top, the cruise line showed off a set of “Chef's Recommendations” that included an old favorite from the “Classics” menu, escargots à la Bourguignonne as well as Beef Tenderloin, and Creme Brulee. In addition, the menu offers five starters, six main courses (including meat, fish, pasta, and vegetarian choices). Five desserts round out the selections.

It's a much smaller menu than what was previously offered, but it's sort of a mix between offering some favorites and some more novel choices.

Guests were then asked to rate how appealing each dish is on a scale of 0 (poor) to 10 (excellent).

Clearly, Royal Caribbean does not know what changes it plans to make in the MDR, but it does want to offer fewer choices. The cruise line also uses the survey to ask past passengers how long is too short and how long is too long. That speaks to the cruise line's stated goal of improving the speed of service.

That's a balancing act because some people think of dinner on a cruise ship as a drawn out, formal affair while others want to get back to the action on the ship.

Royal Caribbean also used the survey to ask past passengers “what proportion of the menu would you like to contain familiar vs. new/unfamiliar dishes? (Your total answer should add up to 100%). That question speaks to the second goal of simplifying the menu without taking away too many choices.

Further, the cruise line asked respondents what they most looked forward to when it came to the main dining room. Choices included:

Royal Caribbean does appear to be taking a thoughtful approach to making a very difficult change. Clearly, no decisions have been made, but the survey and the test on Symphony of the Seas may lead to changes or more testing.

A Modern Day ‘Frost Fair’ Comes To London In December