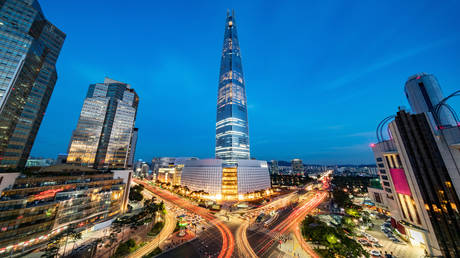 Seoul and Brussels should coordinate their responses to a large-scale subsidy package adopted by the US, South Korean Trade Minister Dukgeun Ahn said on Friday in an interview with EURACTIV.

The Inflation Reduction Act (IRA), a $430 billion climate protection and social investment plan adopted by the US Congress in August, is designed to battle inflation and reduce energy prices, as well as tackling climate change.

However, it also includes massive subsidies for US-produced electric cars and batteries, sparking major concerns that European and South Korean manufacturers will be significantly disadvantaged.

Ahn said South Korea and the European Union should work together to develop a response to the IRA, which was passed by Congress in August. The EU believes that the law violates competition rules, as it provides incentives for buyers of American electric vehicles.

“We have huge room for the EU and Korea to work together and to make the [IRA] system more compatible with the WTO, so as not to cause unnecessary trouble for strategically important parts of our industry,” Ahn said.

However, he expressed doubt that the law could be changed in the short term.

Ahn suggested the EU and South Korea could work with the US administration “to minimize the discriminatory impact of the IRA,” which offers generous tax breaks for US companies that invest in clean energy and significant subsidies for domestic electric vehicles, batteries and renewable energy projects.

“In case it becomes obvious that they cannot do anything or if they don’t show any willingness to work with us to find a proper solution, we will have to find another alternative,” he said.

European Commission President Ursula von der Leyen had previously called for “action” and increased state aid for its own companies in response to the US measures. Bernd Lange, head of the European Parliament’s Trade Committee, said the EU should file a lawsuit with the World Trade Organization (WTO) against the act.

WHO issues warning on human-to-dog transmission of monkeypox