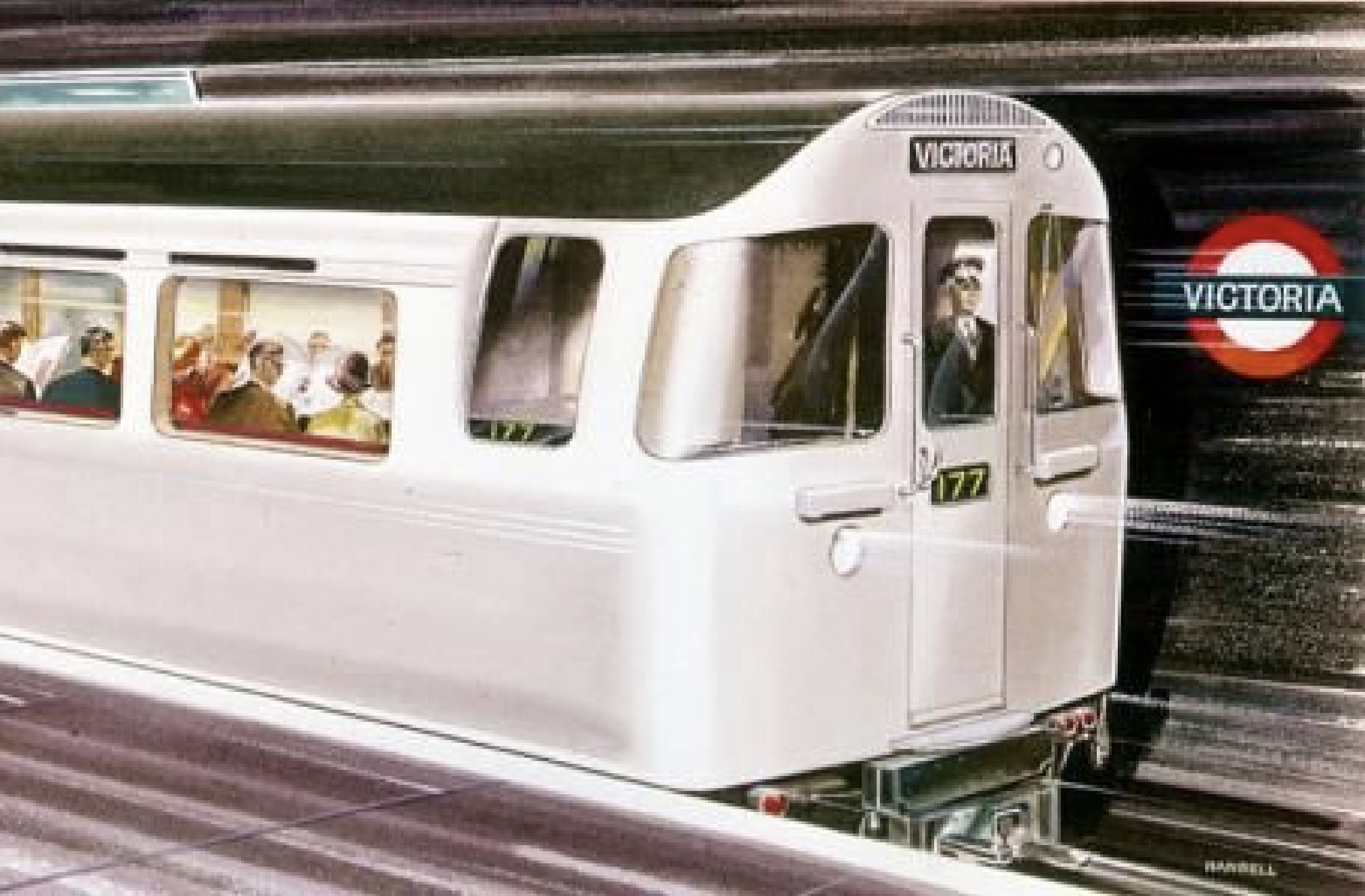 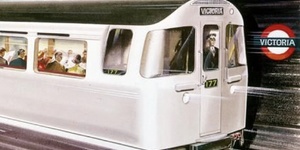 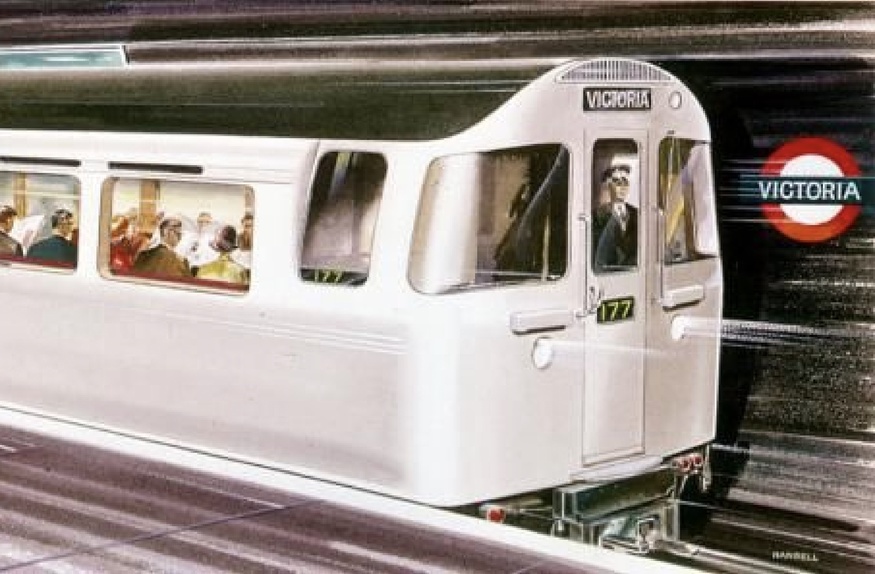 An ATO-capable train runs on the brand new Victoria line – but this wasn’t the first Underground line to see driverless trains. Image: TfL

It’s received wisdom that the first self-driving London Underground train ran on the Victoria line when it opened in 1968 — but technically that’s not true.

Roll back five years previous, to March 1963, and we find driverless technology already in use. Back then, the Ministry of Transport and London Transport were trialling out Automatic Train Operation (ATO) on modified London Underground 1960 Stock. And those trials initially took place on the District line. 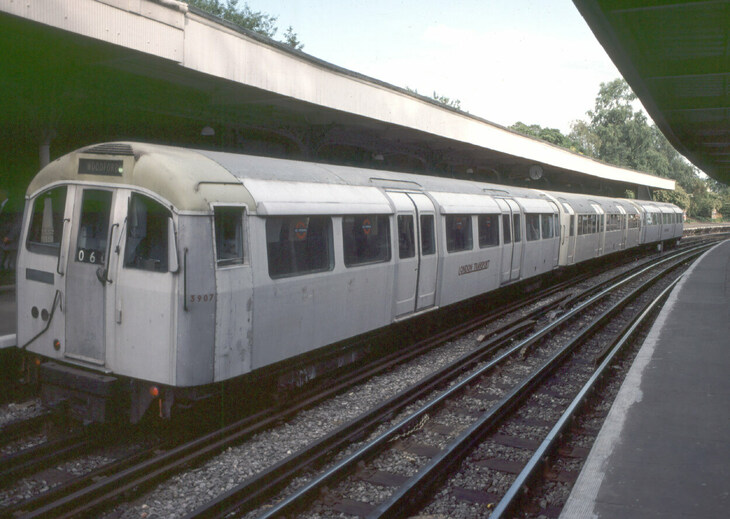 A 1960 stock tube train, the kind that was first equipped with ATO, to allow automated running. Image: public domain

On 21 March, members of the public had the chance to witness a 1960 stock Underground train, modified for ATO, in action at South Ealing station (then on the District line); it was fitted with coils which picked up coded electrical impulses from the rails, informing it to start, speed up, coast or slow down.

A couple of weeks later, and the ATO trains were running driverless (though manned), between Stamford Brook and Ravenscourt Park. 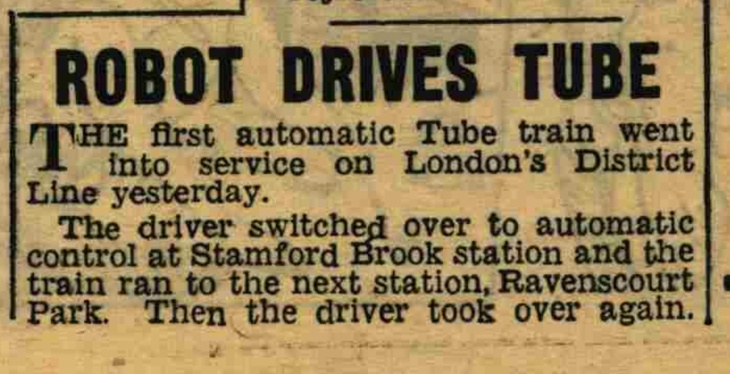 In a brave new world in which people feasted on a sci-fi diet of shows like The Jetsons, Fireball XL5 and Doctor Who, there was predictably more than a frisson of interest in all this, with the Daily Mirror declaring “ROBOT DRIVES TUBE”, while The Coventry Evening Telegraph went with: “ROBOTS TAKE OVER — AND WORLD WONDERS BY HOW MUCH”. (An optimistic letter to the editor in the same publication reckons driverless trains will lead to the eradication of fares, and to that we say hahahahaha.)

In 1964, the trial was extended, this time between Hainault and Woodford on the Central line — as can be witnessed in this dryly-narrated video. The three-week trial (which we think had actual passengers on it) was a success, paving the way for automation on the Victoria line four years later. (It wasn’t till 1999-2001 that the Central line itself was finally converted to ATO.)

These early trials on the District and Central lines paved the rails for driverless trains on the freshly-dug Victoria line, when it was rolled out from 1968. Of course, ‘driverless’ is a different thing to ‘unmanned’; though the electronic signalling guided the trains, they all had operators (then called ‘motormen’) in place, to decide when the train departed, when to open/close the doors, as well as being on hand to take over if anything went awry. Over half a century later, that’s still how the London Underground functions, and some — including many union members — believe that’s the way it should remain.

In all, there are five grades of automation — from GoA 0 (no automation) to GoA 4 (unattended), and no trains in London (even the largely-automated DLR) fall into the latter category, while the Bakerloo and Piccadilly lines are still operated manually.

The robots, it would seem, still haven’t taken over.

This Is the Worst Airline in the U.S., According to a New Ranking — and It’s Not Spirit Or Frontier