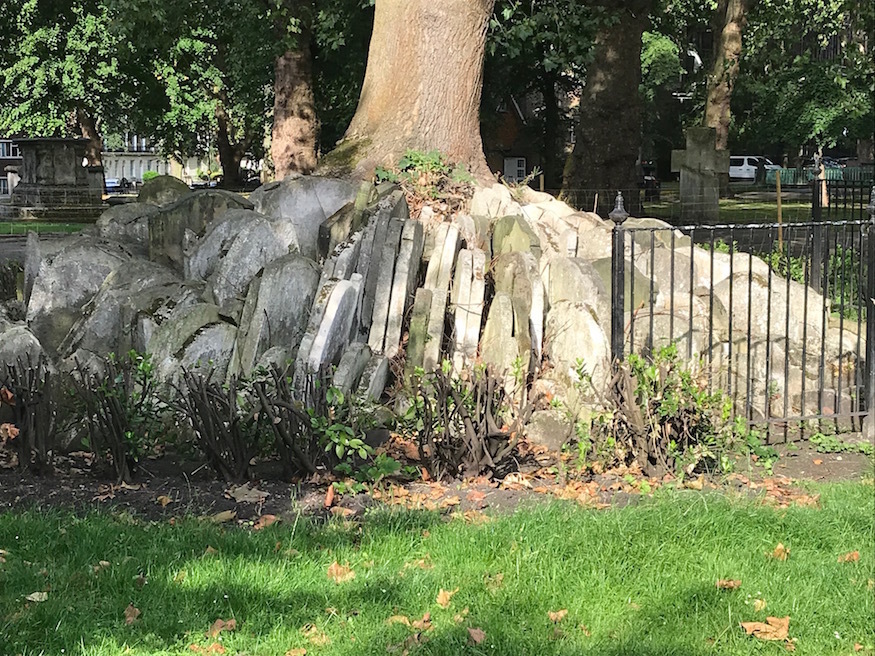 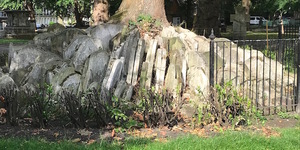 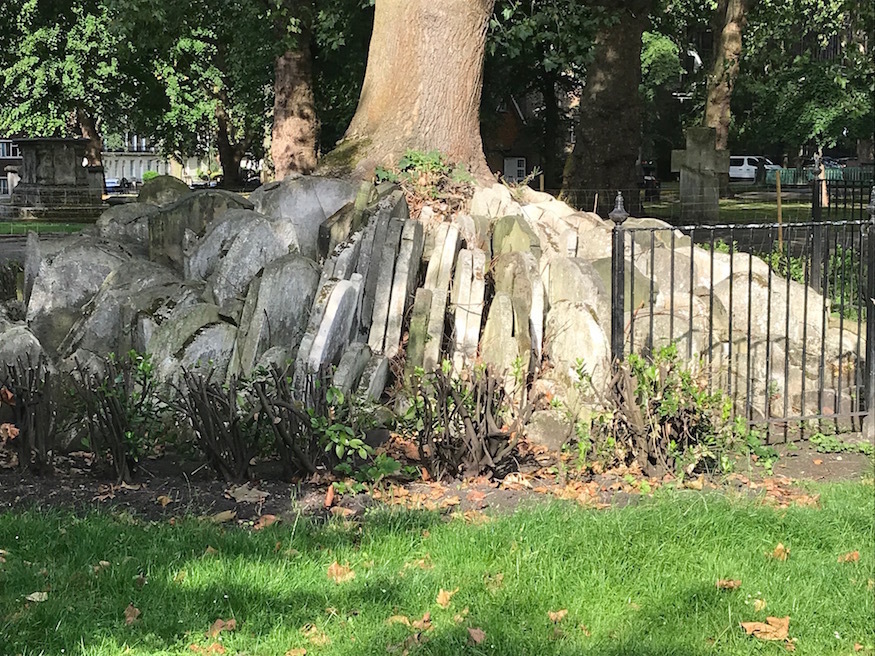 The Hardy Tree in its former glory, photographed by the author

One of London’s most famous trees has collapsed.

The so-called Hardy Tree in Camden is no more. The much photographed ash stood for decades in St Pancras churchyard, engirdled by the tombstones of another age.

The tree had long been weakened by a fungal infection, and it seems that strong winds over the Christmas period finally finished it off.

A Robin redbreast sings it heart out in song atop the stump of the fallen historic Hardy Tree in St Pancras Gardens – Somewhat poetic pic.twitter.com/GUzdLXT9Tm

The tree has legendary connections to the novelist Thomas Hardy. As a young man, Hardy superintended a mass exhumation of the churchyard, clearing bodies to make way for new rail tracks out of St Pancras station in 1865. According to tradition, if not documented fact, it was he (or his men) who first stacked the tombstones around the base of the ash that would later bear his name.

The Hardy Tree has since become a staple of “alternative” London guidebooks and Instagram feeds. It has its own entry in Atlas Obscura and was even the subject of a novel (not by Hardy). Its departure will sadden many.

The historic Hardy Tree in St Pancras Gardens has fallen

The future of the site remains unknown, but the matter has already been well considered. Camden Council has been preparing for the tree’s inevitable demise for some years, as noted in a statement from the summer of 2022: “We are looking at ways to commemorate this tree, and its story, when it does eventually fall. The council recognises the importance of the veteran Hardy Tree, both for our local communities and nationally, which is why we’ve taken measures over the last eight years to manage this stage of its lifecycle, keeping it safe for visitors.”

In Pictures: The Wholly Unexpected Signs You See Around London