Did the impeccable timing of this advertisement create more hype for the World Cup? Yes, this genius idea fueled the excitement even without referencing the game.

With a fan base more extensive than any other sport globally, football has always been synonymous with riling up emotions and fostering unity. FIFA organizes major global sports events: the men’s and women’s World Cups. The host country is chosen by bidding.

Qatar scored a goal as the first Arab country to host the World Cup when it clinched the bid in 2010. The wealthy nation has been preparing for it ever since.

This scale of an event requires a substantial amount of investment for world-class amenities and infrastructure. The country also attracts investors who can transform its economy, and Qatar has spent a whopping $220 billion to build bigger stadiums, first-class hotels, and even a new airport.

Tickets have been in solid demand, with purchase interest from top countries like the United States, Saudi Arabia, England, France, etc. 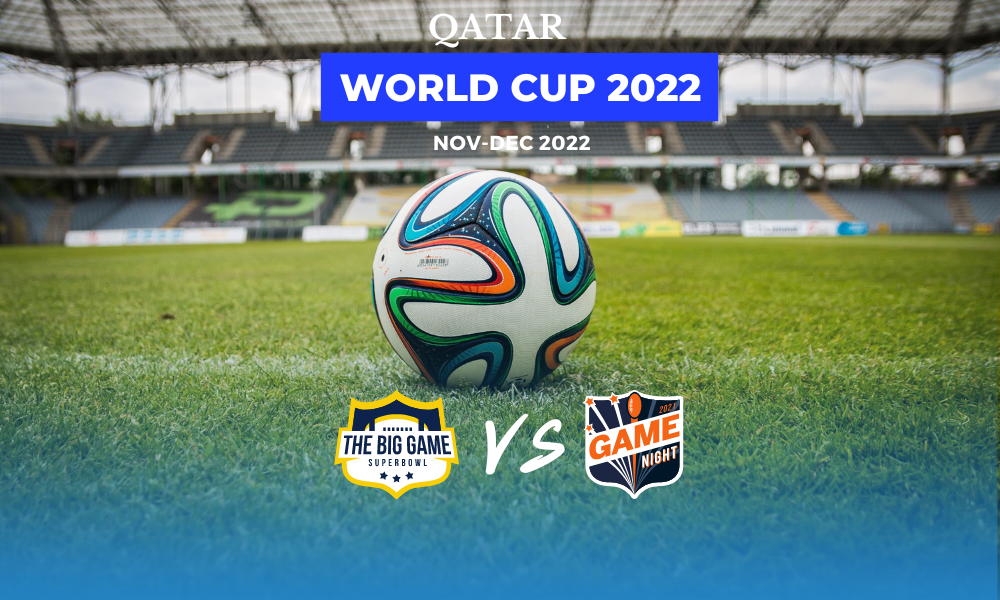 HOW IS QATAR RISING FROM THE BRANDING THAT ENCOMPASSES THE WORLD CUP?

Despite being in the throes of controversy, there have been significant transformations in Qatar concerning its ambitious long-term development plans.

Qatar’s strategy to diversify its economy is proving to be successful. Infrastructure in the transport, education, sports, telecommunications, and hospitality industries is heavily invested.

With the 2022 FIFA World Cup becoming a turning point in Qatar’s growth, here are some branding insights:

Emotions have the longevity to sustain a brand’s image. People share an emotional connection with a brand that promises them services with a long-term perspective. Qatar pledged to develop for the World Cup and has made history with the new technology employed for football.

Seven of the eight stadiums where the tournament is taking place in Qatar are equipped with advanced cooling technology, which uses a system of chilled water that becomes cold air to maintain an optimum temperature and atmosphere. It is the first time the World Cup tournament is powered by such advanced tech.

With the cascade of petitions for climate change, sustainability has become a focal point in determining a brand’s responsibility towards the planet. People are aware of and prefer associating with brands that give back to the Earth.

Qatar has designed modular stadiums that are demountable and is building advanced multi-modal transport systems. It represents their sustainable movement.

Investing For A Better Future

Qatar’s leadership plan under the National Vision 2023 expects one million visitors for FIFA and is setting sights on welcoming six million annually by 2030. The investment would reap its benefits for a brighter future to come. With more business, Qatar demonstrates a proliferate ascent in various industries in contrast to dwindling numbers in other countries.

We should not forget that the World Cup is only one point in the long history of Qatar as a hub for sports, mega-events, and all kinds of cultural activities, all of which makes it an attractive tourist destination today.

Being Different Is Good

Infrastructure is the growth driver in Qatar’s economy. By being in 80% of the world’s vicinity within a 6-hour flight, the tourism and hospitality industry is set to boom. Local businesses will also be promoted to the world.

Qatar still holds one of the most competitive and robust economies known for its far-sighted vision of gas reserves, due to which its GDP has not been affected by the oil price drop. In 2021, Qatar’s Gross Domestic Product (GDP) was worth $179.57 billion and was expected to reach $195.00 billion by the end of 2022.

To have a brand partner is to soar together in success. The large-scale success of FIFA’s tremendous earnings from Merchandising, Sponsorship, Digital Media and PR events also brings Qatar and its sectors under the spotlight.

Engaging with people is exciting and essential. A recent global survey suggested that 36% of people have a high esteem of a brand that sponsored FIFA. As a new contender, Qatar has been engaging with people to proliferate its economy by promoting its regional dressing and local businesses. This collaboration speaks of mutual growth in volumes.

The power of using multi-channels can be a definitive bargaining chip. 9 out of 10 football fans are highly engaged in the game and even show interest in engaging post-matches. Platforms like FIFA+ provide athlete-focused content such as highlights, interviews, documentaries, etc.

Such additional experiences bring more interest to this Middle East country. With more platforms and unique content, brands have more opportunities to reach their target audiences.

While global economic uncertainty still lies ahead, ambitious people are bound to grow when they are committed to solving problems.

The ascendancy of branding cannot be swayed. Competitors will risk your reputation, but the strength of your foundation should be firm.

The post The Strategic Rise Of Qatar – How Branding Paved The Way appeared first on Industry Leaders Magazine.

Are extended car warranties worth it?