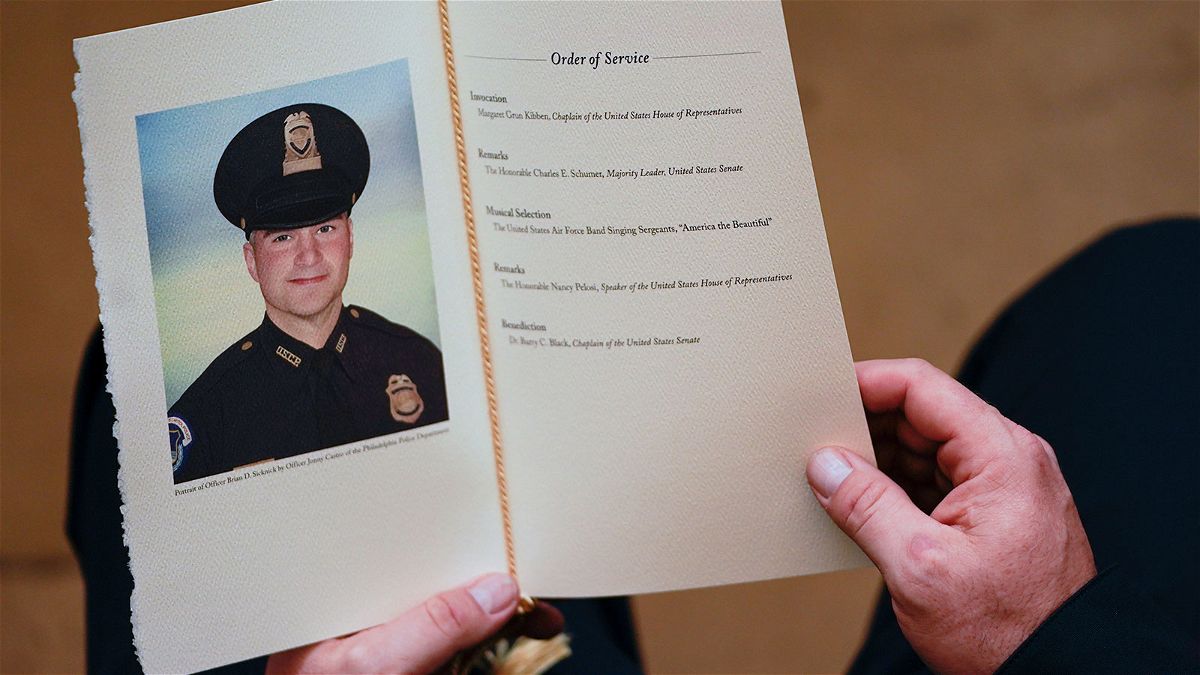 The estate of Brian Sicknick, a Capitol Police officer who died after responding to the January 6, 2021, attack on the US Capitol, is suing two rioters involved in the attack and former President Donald Trump for his alleged role in egging it on.

The civil lawsuit, filed Thursday in Washington, DC’s federal court, adds to the 2024 presidential candidate’s troubles linked to his efforts to impede the peaceful transfer of power after his 2020 electoral loss. Trump is already a defendant in several other civil January 6-related civil lawsuits, where he is arguing his presidency makes him immune from liability.

The lawsuit from Sicknick’s estate was filed the day before the Capitol attack’s two-year anniversary.

“As Officer Sicknick and hundreds of others—including other police officers, elected officials, and rank-and-file workers at the Capitol—were put in mortal danger, and as the seat of American Democracy was desecrated by the insurgent mob, Defendant Trump watched the events unfold on live television from the safety of the White House,” lawyers for Sicknick’s estate and his partner Sandra Garza wrote in the complaint. “The horrific events of January 6, 2021, including Officer Sicknick’s tragic, wrongful death, were a direct and foreseeable consequence of the Defendants’ unlawful actions.”

The lawsuit notes that Trump instructed his supporters in Washington on January 6 to “fight like hell” and “show strength” in his speech before the Capitol riot.

Julian Khater and George Tanios, the two Capitol rioters named in the suit, pleaded guilty last summer to crimes related to the breach. They are set to be sentenced later this month.

During the riot, Khater took bear spray from Tanios’ backpack, spraying Sicknick and other officers in their faces and forcing them to recoil as rioters pushed forward toward the Capitol steps.

Sicknick suffered multiple strokes and died of natural causes the day after the Capitol breach, according to a 2021 report by DC’s chief medical examiner. The examiner, Francisco Diaz, told the Washington Post that “all that transpired” on January 6 “played a role in his condition.”

The Sicknick wrongful death allegation against Trump marks the most serious accusation to date that the former president was liable for the January 6 insurrection.

Sicknick’s attorneys are asking the court for damages of more than $10 million.

Trump already faces previous civil lawsuits brought by Democratic lawmakers and other law enforcement officers who responded to the Capitol attack. DC’s federal appeals court is considering whether to uphold a trial judge’s ruling that Trump could be held liable for damages for his actions in the lead up to the riot. If that lawsuit is successful, the Sicknick complaint is likely to follow in its legal footprints.

Some of the same lawyers bringing the Sicknick case also brought that existing riot conspiracy case. Another lawyer involved in the Sicknick case has represented other Capitol Police officials following the attack.

Criminal investigations around January 6 are ongoing, including a probe into Trump-supported bids to disrupt Joe Biden’s win that is now being led by special counsel Jack Smith. In recent weeks, prosecutors have taken new investigative steps, including obtaining documents from local election officials. Trump has not been criminally charged.

The post Trump accused in lawsuit of causing wrongful death of Officer Brian Sicknick in US Capitol attack appeared first on KION546.

Danielle Smith accuses CBC of defaming her, her staff, Crown prosecutors, and the whole public service