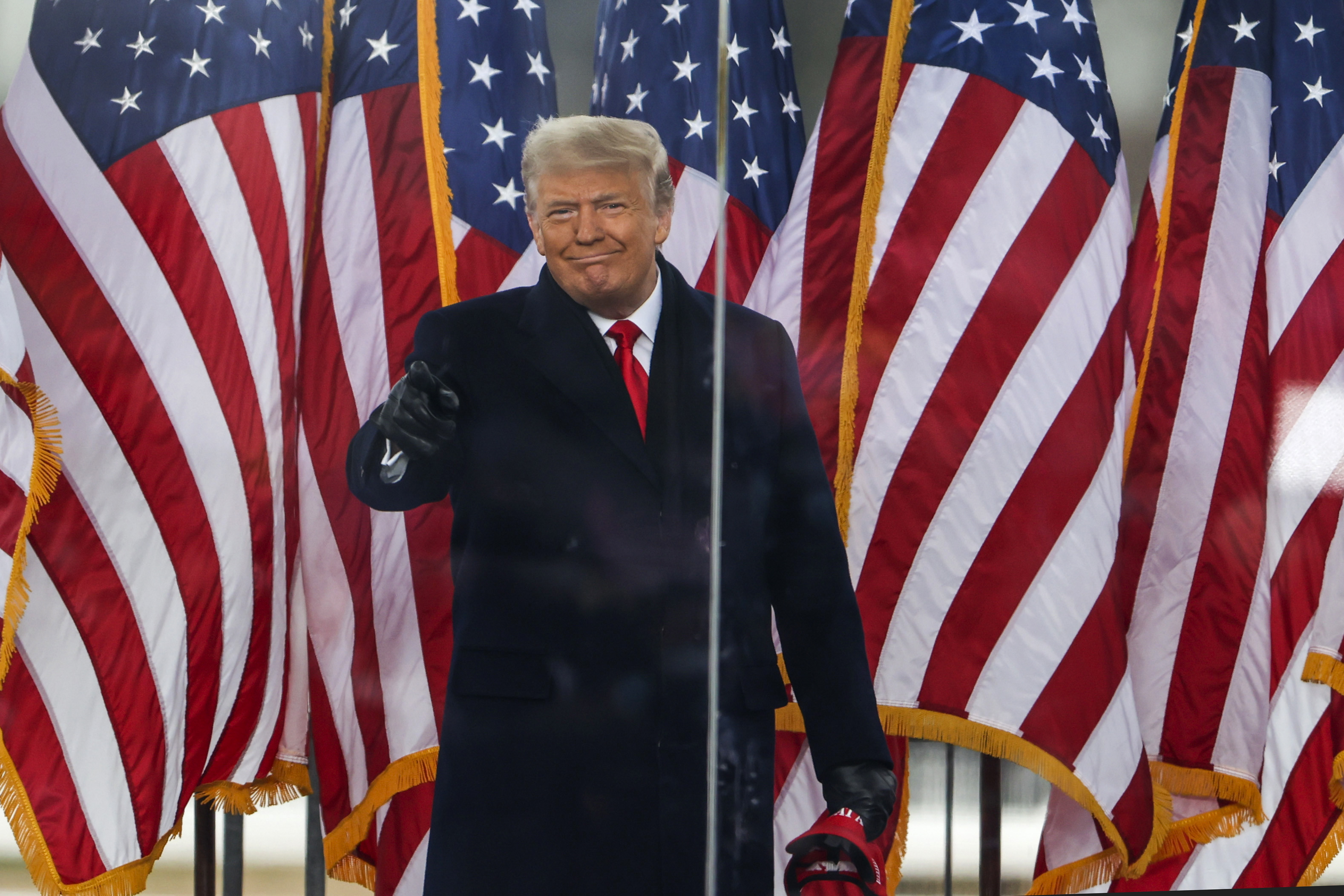 Surprise, surprise: Donald Trump is running for president—again. Yes, this has been more or less obvious from the moment he left office, but he’s barely starting to hide his intentions anymore. Speaking to rallygoers in Las Vegas last weekend, Trump hinted at a possible run. “We have a president who ran twice, won twice,” Trump said, lying once again about the result of the 2020 election, “and may have to do it a third time. Can you believe it?” Speaking to New York magazine, he briefly tried to keep up the facade. “I feel very confident that, if I decide to run, I’ll win,” he said. But once asked about how he would make that decision, he was hardly coy. “Well, in my own mind, I’ve already made that decision, so nothing factors in anymore. In my own mind, I’ve already made that decision.”

So now comes a challenge for political reporters: How should this inevitable presidential campaign—or if you prefer, ongoing campaign—be covered? The news media has spent much of the post-January 6 period shying away from covering Trump; it could be that his second campaign won’t be treated as the sideshow that his first campaign was. But with the January 6 commission uncovering new, damning evidence that he tried to overturn a lawful and fair election, the press has an added test: How do you cover a candidate who tried to orchestrate a coup?

A recent story in The Washington Post, headlined “Donald Trump looks to fall launch for 2024, potentially upending midterms,” is a useful test case. With Trump signaling that he is likely running for president, it could jumpstart the “shadow primary” period. With the January 6 hearings in full swing and GOP rivals—particularly Florida governor Ron DeSantis—rising, Trump may face pressure to declare his candidacy early. He clearly wants to act like an incumbent; getting a quick start would allow him to treat upstarts like DeSantis as dividers out to unsettle what should be a coronation. He will also want to use the platform given to presidential candidates to make the case that the January 6 hearings are yet another witch hunt: The Democrats’ latest desperate bid to stall an unstoppable political force.

One Post source puts the odds at “70-30 he announces before the midterms” while another suggests it might happen before the end of summer. Lindsey Graham is quoted as saying that he thinks Trump should get in as soon as possible in the hopes that it would “refocus” the former president on the future—i.e. away from his increasingly rabid lies about the 2020 election—all of which suggests that Graham has learned absolutely nothing from his dealings with the former president. From there, the article delves into the implications of Trump’s entry—possibly imminent—into the 2024 presidential race: Some in the party think it would be beneficial in the midterms; others hold that it would drag the party down in some key races, particularly in the Senate. Some are of the opinion that it would be a gift to Democrats, who want to make their midterm strategy about Trump and the radicalization of the Republican Party. At the moment, he is not on the ballot; Democrats would that to change.

For many Republicans, the later Trump declares his candidacy, the better. Things are going just fine for the party, thank you very much. They may be increasingly authoritarian and radical—the GOP’s dogma now holds that a pregnant 10-year-old who was raped must carry their baby to term—but inflation and Democratic missteps have put them in position to take back at least one chamber of Congress. Trump may be beloved for much of the party’s base, but he is otherwise the most divisive figure in modern American political history. Breaking into purple states and swing districts requires a degree of subtlety; when Glenn Youngkin ran his dog whistle-y campaign about race and education in Virginia in 2021, he kept Trump at arm’s (or half of an arm, anyway) length. Trump doesn’t do subtle; party leadership would prefer him to stay as much out of the limelight as possible until it has won the majorities it’s expecting to win.

In a broad sense, there is little to quibble with in this analysis. Trump’s entry into the presidential race will undoubtedly have ripple effects that are difficult to predict. Republican leadership wants to limit chaos and uncertainty while Democrats would savor Trump making their case—that the GOP is now fully, at every level, the party of Donald Trump—for them. This is all basically true.

But the big hole in the center is that, you know, one of the reasons that Donald Trump is so controversial a figure is that he tried to lead a violent attack on the U.S. Capitol to prevent the lawful transfer of power. The Capitol was breached and vandalized as a part of this effort; people were threatened with bodily harm; some were assaulted and some died. Numerous crimes were committed by hundreds of criminals in the process. The former president has then spent the last two years not only making the case that he did nothing wrong, but that he is the lawfully elected leader of the United States.

Many in the political press are reluctant to foreground these facts because Trump has not been convicted of a crime. There are still ongoing questions about his precise involvement in the assault on the Capitol and what exactly he was doing during the three-hour period that attack took place. But it is undoubtedly clear at this point that he expected there to be violence on January 6—and that he had spent the period between losing the election and the day of the attack doing everything in his power, both legal and not, to change the outcome of the 2020 election. Trump’s criminality and authoritarianism are what make him a divisive figure; one reason Republicans want him to stay out of the spotlight at the moment is that there are hearings occurring practically every week that expose that criminality and authoritarianism.

It’s not wrong to acknowledge that there is a political dimension to this. It will affect the results of elections in the House and the Senate in unpredictable ways. But this is no mere horse-race story; all of the “who’s up and who’s down” scoops that spin out as Trump makes a third run for president will be indelibly covered by a few unavoidable facts: Someone who desperately tried to overturn a presidential election is running for president again and that he will do so with the support of nearly everyone in his party. This won’t be a “normal” campaign, and it would be very dangerous to treat it as one.