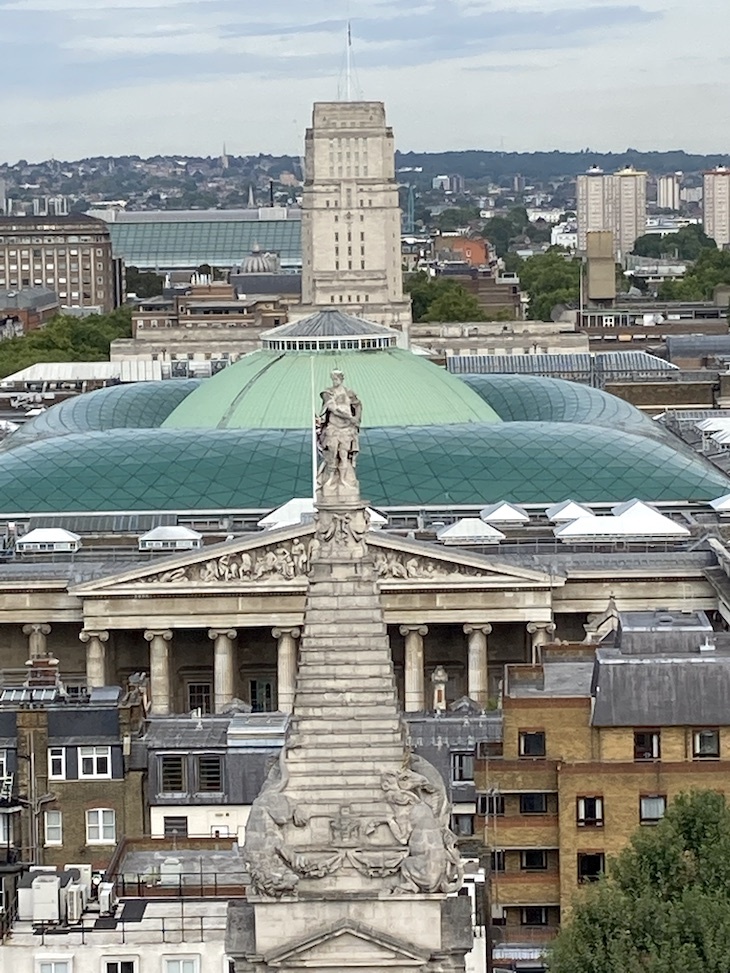 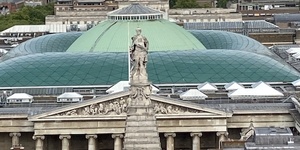 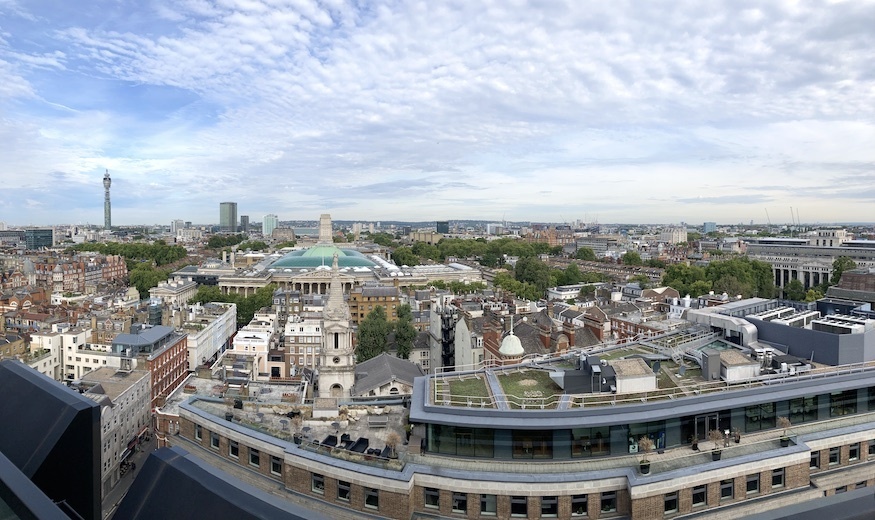 The view across Bloomsbury towards the Northern Heights

Did you know you can get views like this, just five minutes from Tottenham Court Road tube?

This is the outlook from a little-known roof garden on The Post Building — a new office, retail and residential block in the wedge between New Oxford Street and High Holborn. 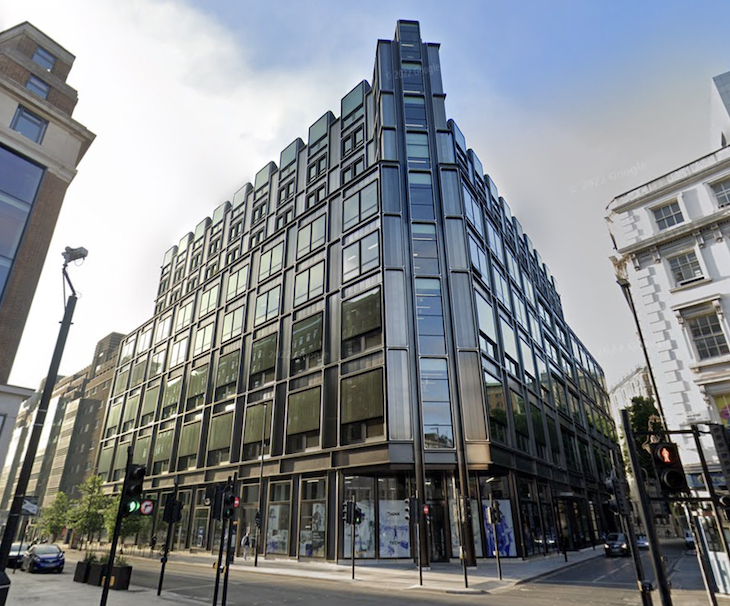 The terrace is nine storeys up, but feels much higher thanks to a lack of other tall buildings nearby. You’ll get uninterrupted views out towards the City, Westminster and Hampstead & Highgate Hills. 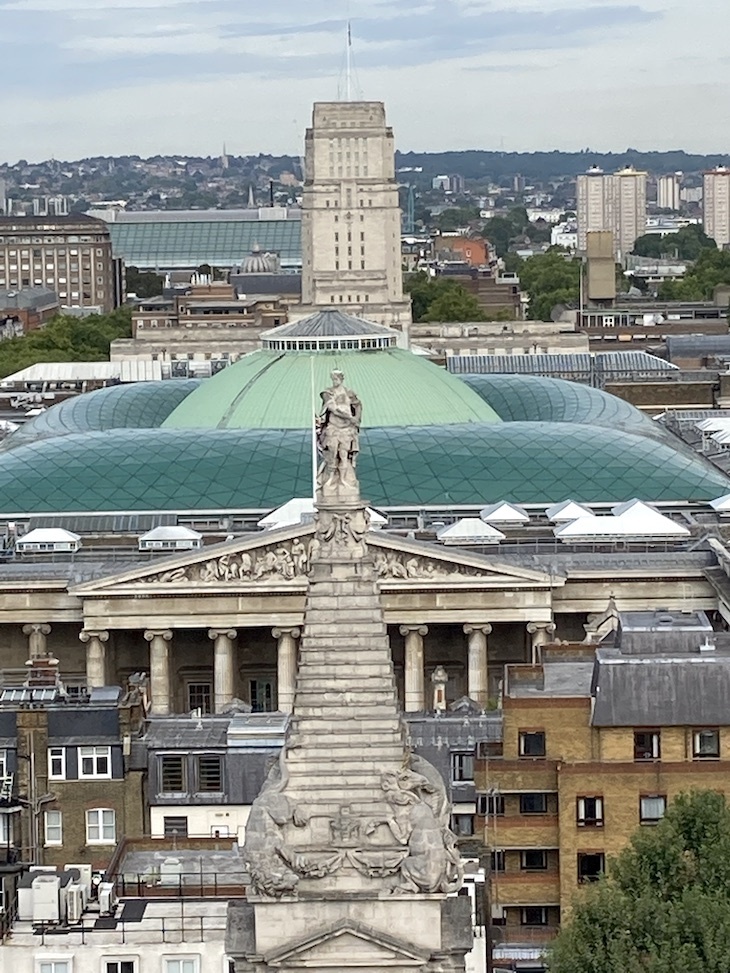 The astonishing view towards the British Museum

The roof’s unique feature is the chance to see this alignment of famous buildings. In the foreground is the tower of Nicholas Hawksmoor’s St George’s Bloomsbury. It’s based on one of the Seven Wonders of the Ancient World — the Mausoleum at Halicarnassus — and is topped by a statue of George I. Behind it, in an axis we’d never noticed before, is the dome of the British Museum and then the tower of Charles Holden’s Senate House.

Part of the roof garden

The roof garden itself is nothing special — at least not on our September visit. A series of stepped planters contain exotic grasses and cherries, but barely capture the attention. It may be a different story in spring. A large western section of the roof is closed off, presumably for use of the building’s tenants. Excellent toilet facilities are available. 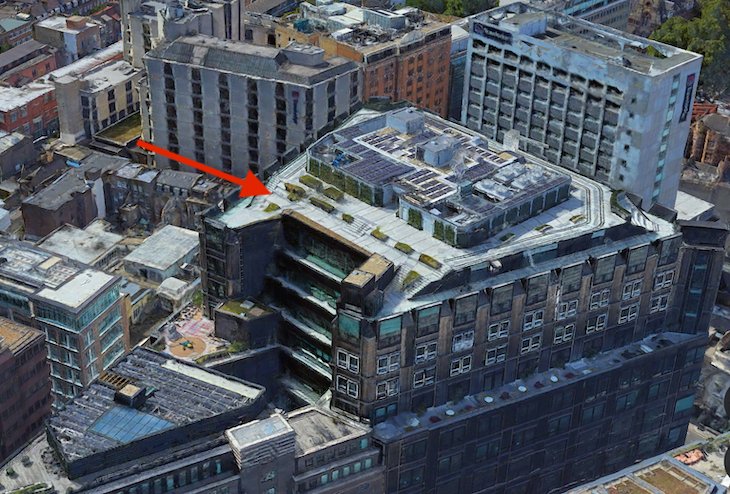 The building, incidentally, has a curious history. You may recall the concrete battleship of a building that stood here until about 2015. This was a former Royal Mail sorting office (hence the Post Building), whose basement contained one of the stations on the Mail Rail tube line. An information board and map about this previous use can be found in the reception.

How to visit the Post Building’s free roof garden 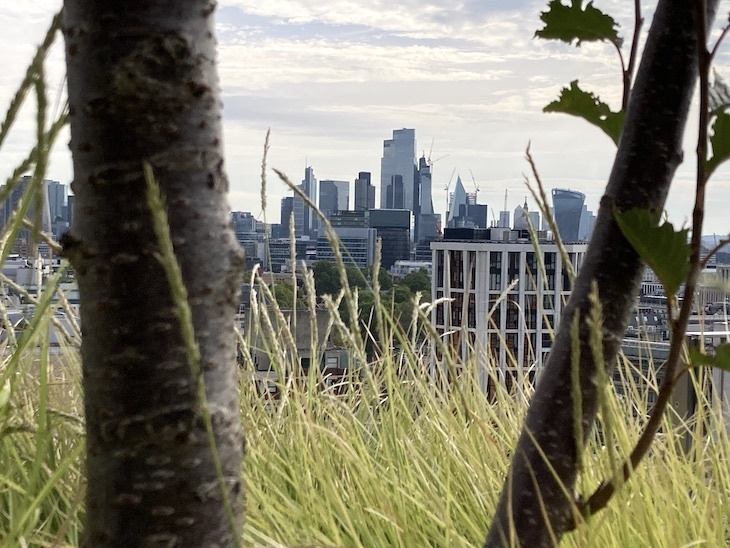 View towards the City from between two saplings

It’s free to go up to the building’s roof garden any time Monday to Friday between 10am and 4pm. You can’t prebook — just waltz in and speak to the receptionist. You’ll need to sign in, read a set of rules, go through a security screen AND show a form of ID, but it’s quick and painless, and worth the reward. 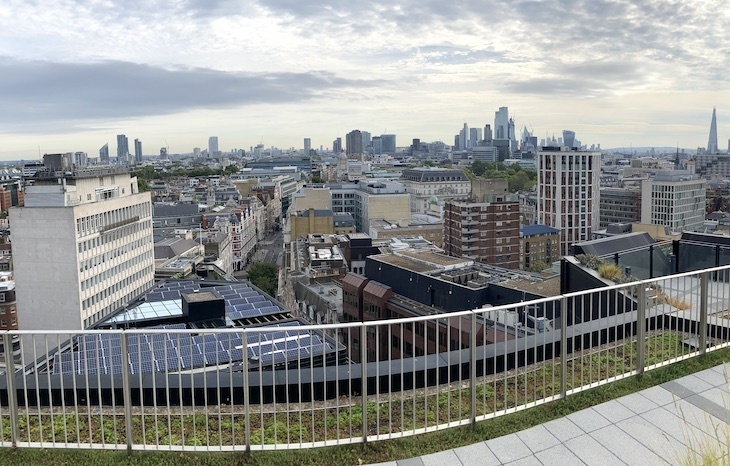 Panorama towards the City. The Shard is on the extreme right.

The entrance is a little tricky to find as they don’t make it hugely obvious. Look for the double doors on the New Oxford Street side, which contain a small white notice saying “Public roof garden”. Just walk in. 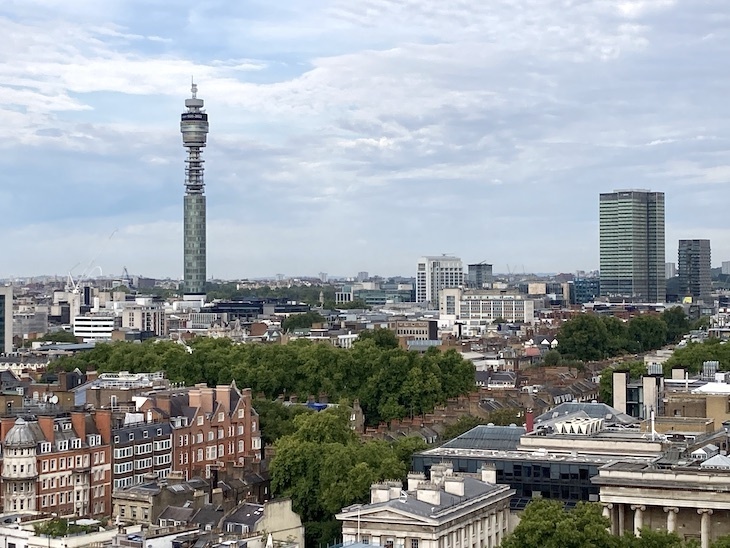 How to spend a weekend in Oxford